A number that represents a combination of a camera's shutter speed and f-number, such that all combinations that yield the same exposure have the same EV (for any fixed scene luminance).

In photography, exposure value (EV) is a number that represents a combination of a camera's shutter speed and f-number, such that all combinations that yield the same exposure have the same EV (for any fixed scene luminance). Exposure value is also used to indicate an interval on the photographic exposure scale, with a difference of 1 EV corresponding to a standard power-of-2 exposure step, commonly referred to as a stop.

The EV concept was developed by the German shutter manufacturer Friedrich Deckel in the 1950s (Gebele 1958; Ray 2000, 318). Its intent was to simplify choosing among equivalent camera exposure settings by replacing combinations of shutter speed and f-number (e.g., 1/125 s at f/16) with a single number (e.g., 15). On some lenses with leaf shutters, the process was further simplified by allowing the shutter and aperture controls to be linked such that, when one was changed, the other was automatically adjusted to maintain the same exposure. This was especially helpful to beginners with limited understanding of the effects of shutter speed and aperture and the relationship between them. But it was also useful for experienced photographers who might choose a shutter speed to stop motion or an f-number for depth of field, because it allowed for faster adjustment—without the need for mental calculations—and reduced the chance of error when making the adjustment.

Because of mechanical considerations, the coupling of shutter and aperture was limited to lenses with leaf shutters; however, various automatic exposure modes now work to somewhat the same effect in cameras with focal-plane shutters.

The proper EV was determined by the scene luminance and film speed; it was intended that the system also include an adjustment for filters, exposure compensation, and other variables. With all of these elements included, the camera would be set by transferring the single number thus determined.

Exposure value has been indicated in various ways. The ASA and ANSI standards used the quantity symbol Ev, with the subscript v indicating the logarithmic value; this symbol continues to be used in ISO standards, but the acronym EV is more common elsewhere. The Exif standard uses Ev (CIPA 2016).

Although all camera settings with the same EV nominally give the same exposure, they do not necessarily give the same picture. The f-number (relative aperture) determines the depth of field, and the shutter speed (exposure time) determines the amount of motion blur, as illustrated by the two images at the right (and at long exposure times, as a second-order effect, the light-sensitive medium may exhibit reciprocity failure, which is a change of light sensitivity dependent on the irradiance at the film). 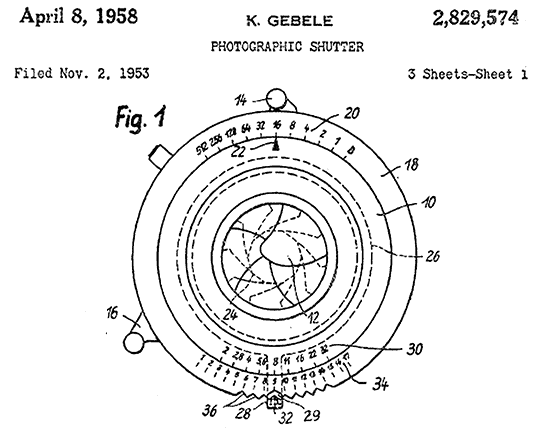