Walt Disney's cartoon character Mickey Mouse entered a decline in popularity in the mid-1930s. Disney devised a comeback appearance for Mickey in 1936 with The Sorcerer's Apprentice, a more elaborate edition of the animated Silly Symphonies series set to the music of The Sorcerer's Apprentice by Paul Dukas. Disney met conductor Leopold Stokowski in late 1937 at Chasen's, a noted Hollywood restaurant, and Stokowski agreed to conduct the piece at no cost. Stokowski was an enthusiast for new and improved methods of sound reproduction and had already participated in experimental stereophonic sound recordings in 1931 and 1932, and a live, long-distance demonstration of multi-channel sound a year later.

Fantasound marked the first use of the click track, overdubbing of orchestral parts, and simultaneous multi-track recording. Almost a fifth of the film's budget was spent on musical recording techniques.

Fantasia was re-released multiple times, with the full-length version making a return to theaters in 1946. Stereo sound was not restored until its 1956 release when it was also presented in SuperScope, an anamorphic widescreen format similar to CinemaScope. To create the stereo soundtrack the original tracks were transferred across telephone lines from the optical Fantasound equipment to the new magnetic recording equipment. These were housed in separate buildings and could not be brought together. This wire transfer resulted in some loss of treble response, but the copies retained the original dynamic range.

The original soundtrack returned when Fantasound was also recreated in Dolby Stereo for the film's 1990 theatrical release. Disney audio engineer Terry Porter spent six months restoring the Stokowski soundtrack. He used remastering technology to remove some 3,000 pops from the four-track magnetic copy from 1955, with tools also used on phasing, hiss, and distortion. "I proposed to management that we could piece the soundtrack together...in a way that re-created the impact of the original roadshow. When we play it back...it exactly simulates the way their equipment played in the theaters...back then." The result, named "Fantasound 90," was only set up in two theaters, one each in New York City and Los Angeles. The six-channel surround print that Porter created was also used as the basis for the master soundtrack of the film's DVD release on November 14, 2000.

For Walt Disney Pictures' 2016 film version of The Jungle Book, director Jon Favreau and composer John Debney sought to recreate the Fantasound experience Disney had in mind. When mixing the soundtrack in Dolby Atmos, as Favreau said, "we isolated instruments when we could. And in the sound mix, we created a Fantasound mix. If you see the film in Atmos, you will feel that there are instruments that move around the theater." A mention for Fantasound appears in the film's closing credits. 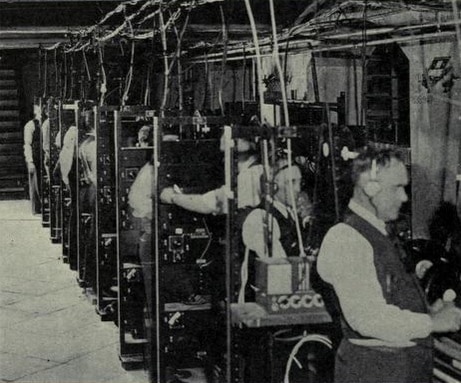 Fantasound
see also
source
Adapted from content published on wikipedia.org
credit
Last modified on August 13, 2020, 12:40 am
previous
next
Videocide.com is a service provided by Codecide, a company located in Chicago, IL USA.