Infinite loop of visual patterns from signal output being fed back as input; achieved by aiming live camera at receiving monitor.

Video feedback is the process that starts and continues when a video camera is pointed at its own playback video monitor. The loop delay from the camera to display back to the camera is at least one video frame time, due to the input and output scanning processes; it can be more if there is more processing in the loop.

First discovered shortly after Charlie Ginsburg invented the first video recorder for Ampex in 1956, video feedback was considered a nuisance and unwanted noise. Technicians and studio camera people were chastised for allowing a video camera to see its own monitor as the overload of self-amplified video signal wreaked havoc with the 1950s video pickup, often ruining the pickup. It could also cause screen burn-in on a playback TV and/or monitors of the time as well, by generating static brightly illuminated display patterns.

In the 1960s early examples of video, feedback art become introduced into the psychedelic art scene in New York City. Nam June Paik is often cited as the first video artist, although this is disputed; he had clips of video feedback on display in New York City at the Greenwich Cafe in the mid-1960s.

Early video feedback works were created by media artist/experimenters on the East and West Coasts in the late 1960s and early '70s. Video feedback artists Steina and Woody Vasulka, with Richard Lowenberg and others, formed The Kitchen, which was located in the kitchen of a broken-down hotel in lower Manhattan; while Skip Sweeney and others founded Video Free America in San Francisco, to nurture their video art and feedback experiments.

David Sohn mentions video feedback in his 1970 book Film, the Creative Eye. This book was part of the base curriculum for Richard Lederer of St. Paul's School in Concord, New Hampshire, when he introduced making video feedback as part of an English curriculum in his 1970s course Creative Eye in Film. Several students in this class participated regularly in the making and recording of video feedback. Sony had released the VuMax series of recording video cameras and manually "hand-looped" videotape decks by this time which did two things: it increased the resolution of the video image, which made the picture more attractive, and it brought videotape recording technology within the general public's grasp for the first time and allowed for such video experimentation to take place by the general public.

During the 1980s and into the 1990s video technology became enhanced and evolved into high quality, high definition video recording. Michael C. Andersen generated the first known mathematical formula of the video feedback process, and he has also generated a Mendeleev's square to show the gradual progressive formulaic change of the video image as certain parameters are adjusted.

In the 1990s the rave scene and a social return to the art of a more psychedelic nature brought back displays of video feedback on large disco dance floor video screens around the world. There are filters for Adobe Photoshop and nonlinear video editors that often have video feedback as the filter description, or as a setting on a filter. These filter types either mimic or directly utilize video feedback for its result effect and can be recognized by its vortex, phantasmagoric manipulation of the original recorded image. 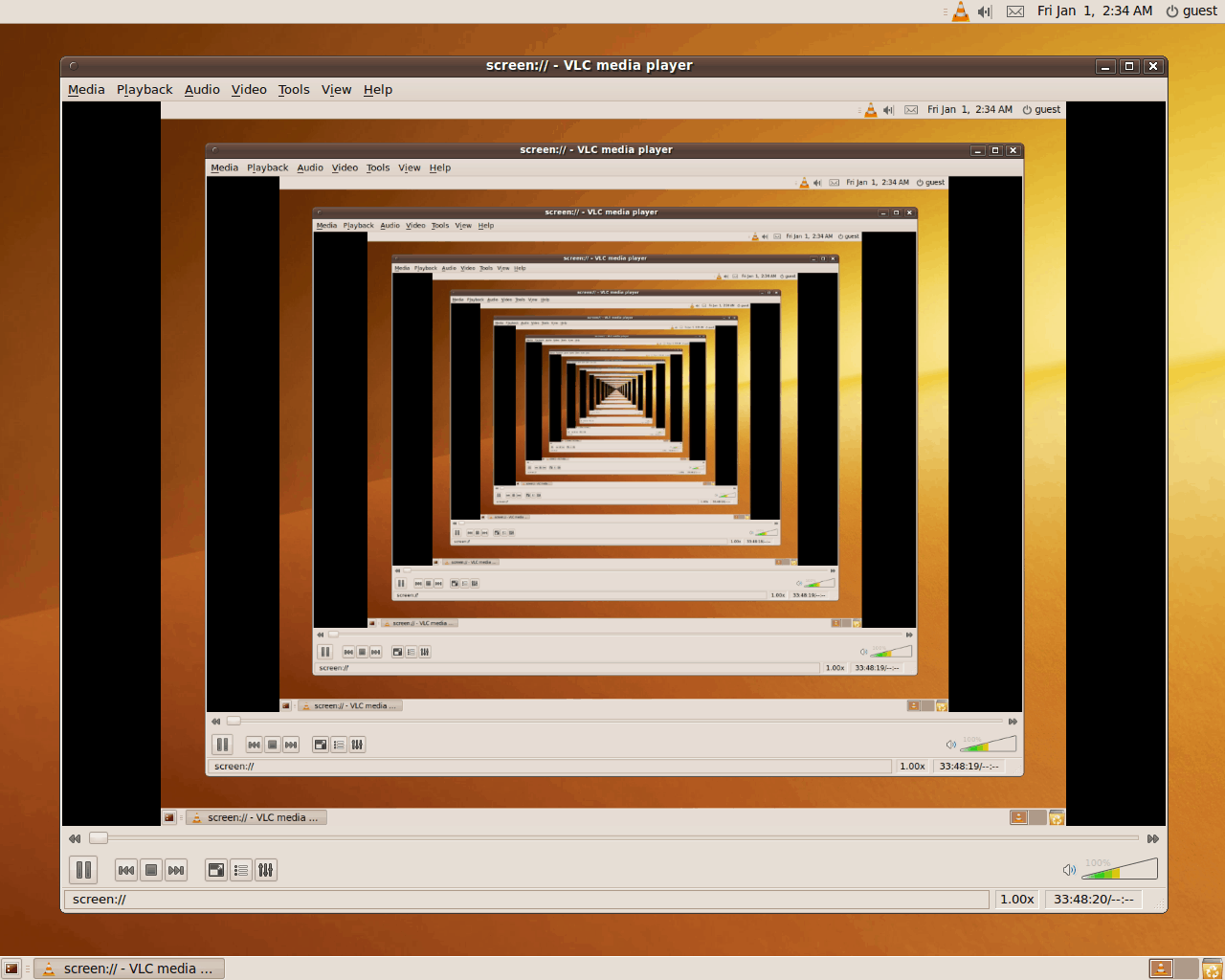