A transparent substrate which acts as a support medium for the photosensitive emulsion that lies atop it.

A film base is a transparent substrate which acts as a support medium for the photosensitive emulsion that lies atop it. Despite the numerous layers and coatings associated with the emulsion layer, the base generally accounts for the vast majority of the thickness of any given film stock. Historically there have been three major types of film base in use: nitrate, acetate, and polyester.

In the literature of photography "nitrate" is used as a synonym for the chemical nitrocellulose. It is also referred to as "cellulose nitrate". Nitrocellulose is guncotton, the first replacement propellant for gun powder in firearms.

Film stock with a nitrate base was the first transparent flexible plasticized base commercially available, thanks to celluloid developments by John Carbutt, Hannibal Goodwin, and Eastman Kodak in the 1880s. Eastman was the first to manufacture the film stock for public sale, in 1889. Unfortunately, nitrate also had the serious drawback that it was extremely flammable, the characteristic that made it a suitable substitute for gun powder. It also gradually decomposed producing a flammable gas, at one stage the film is sticky oozing a goo-like fluid, ultimately leading the substance to become dust.

As this happened, the likelihood of auto-ignition increased even further. Projection booth fires were not uncommon in the early decades of cinema if a film managed to be exposed to too much heat while passing through the projector's film gate, and several incidents of this type resulted in audience deaths by flame, smoke, or the resulting stampede. An accident of this kind was recreated in the movie Cinema Paradiso (1988).

The year 1978 was particularly devastating for film archives when both the United States National Archives and Records Administration and George Eastman House had their nitrate film vaults auto-ignite. Eastman House lost the original camera negatives for 329 films, while the National Archives lost 12.6 million feet of newsreel footage. Because cellulose nitrate contains oxygen, nitrate fires can be very difficult to extinguish. The US Navy has produced an instructional movie about the safe handling and usage of nitrate films which includes footage of a full reel of nitrate film burning underwater. The base is so flammable that intentionally igniting the film for test purposes is recommended in quantities no greater than one frame without extensive safety precautions.

Many nitrate films have been transferred in recent decades to safety stock, and original nitrate prints are generally stored separately to prevent a nitrate fire from destroying other non-nitrate films; the gas they give off also affects the emulsion of safety film. Usually, nitrate collections are even split up into several different fireproof rooms to minimize damage to an entire collection should a fire occur in one part. It is normal for a theater today to pass rigorous safety standards and precautions before being certified to run nitrate films; this includes a fireproof projection booth, fire chambers surrounding the feed and take-up reels, and several fire extinguishers built into the projector and aimed at the projector's film gate with a trigger released if the film ignites. Nitrate film is classified as "dangerous goods", which requires licenses for storage and transportation.

Despite the dangers of the nitrate film base being known practically since its development, it was used in virtually all major motion pictures prior to 1952, when Kodak completed a four-year conversion program to the sole manufacturing of acetate base film stocks. Kodak began working with acetate "safety film" as early as 1909, and started selling it in 1910 for a 22 mm film. Acetate has always been used with 8 mm and 16 mm formats, as they were originally created for amateur home movie usage, and generally was used for most sub-35 mm formats to minimize risk to the general public. Several formats, such as 17.5 mm, which were often re-slit from 35 mm, were nitrate, however. One of Kodak's reasons for choosing 16 mm instead of 17.5 mm for a standard amateur format width was specifically to prevent nitrate re-slits from being used in home movies.

All motion picture camera negatives are now shot on acetate film because it is safer than nitrate but not as strong as polyester bases, which may damage the camera rather than the film should a jam occur. Acetate can also be spliced with film cement, while polyester can only be spliced with tape or an ultrasonic splicer, so polyester is hard to edit. Acetate film does not burn under intense heat, but rather melts, causing a bubbling burn-out effect — this can be seen simulated in films such as Persona (1966) or Velvet Goldmine (1998). It can happen during a film screening when a frame becomes stuck in the projector's film gate. Acetate films are also subject to degradation over time. With exposure to heat, moisture, or acids, the acetyl groups are broken from their molecular bonds to the cellulose. The now free acetic acid is released into the air. Acetic acid is vinegar, and thus the characteristic smell of vinegar is detected. This is known as vinegar syndrome. As the degradation progresses the film base becomes brittle and shrinks.

In the literature of photography polyester is polyethylene terephthalate, which Kodak trade-named "ESTAR".

Polyester is the most recent film base to have been developed. It was first used for specialized photography applications in 1955, but it was only in the 1990s that it became overwhelmingly popular for motion picture prints. It is highly preferable for post-production, exhibition, and archival purposes because of its flexibility, strength, and stability. Its strength is sometimes also seen as a disadvantage, however, in that polyester-based films are so resistant to breakage that they are often more likely to break the film equipment should a jam, or extra tension, occur. Movie cameras, therefore, do not use this base for shooting the original camera negative, as it is vastly preferable, and less costly in time and money, for the film to break instead of the camera. In addition, cameras require a lap-spliceable triacetate base to allow the use of all of the negative stock.

PET film base can be ultrasonically spliced or by melting and joining the ends of two films together.
Identifying a film base 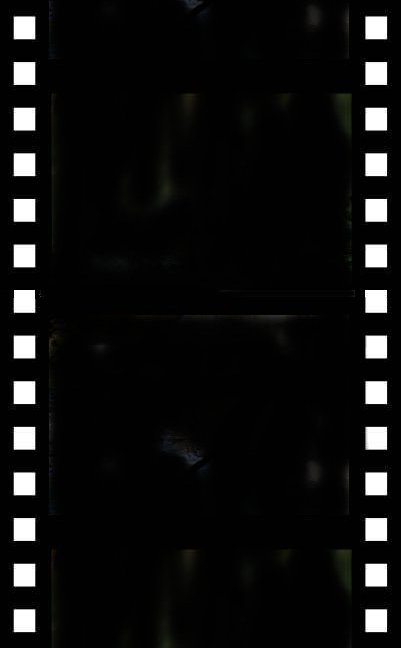 Film base
see also
source
Adapted from content published on wikipedia.org
credit
Last modified on August 24, 2020, 1:05 am
previous
next
Videocide.com is a service provided by Codecide, a company located in Chicago, IL USA.