A term to describe a film that is used for shooting and reproduction.

Film stock is an analog medium that is used for recording motion pictures or animation. It is a strip or sheet of transparent plastic film base coated on one side with a gelatin emulsion containing microscopically small light-sensitive silver halide crystals. The sizes and other characteristics of the crystals determine the sensitivity, contrast, and resolution of the film. The emulsion will gradually darken if left exposed to light, but the process is too slow and incomplete to be of any practical use. Instead, very short exposure to the image formed by a camera lens is used to produce only a very slight chemical change, proportional to the amount of light absorbed by each crystal. This creates an invisible latent image in the emulsion, which can be chemically developed into a visible photograph. In addition to visible light, all films are sensitive to X-rays and high-energy particles. Most are at least slightly sensitive to invisible ultraviolet (UV) light. Some special-purpose films are sensitive to the infrared (IR) region of the spectrum.

In the black-and-white photographic film, there is usually one layer of silver salts. When the exposed grains are developed, the silver salts are converted to metallic silver, which blocks light and appears as the black part of the film negative. Color film has at least three sensitive layers. Dyes, which adsorb to the surface of the silver salts, make the crystals sensitive to different colors. Typically the blue-sensitive layer is on top, followed by the green and red layers. During development, the exposed silver salts are converted to metallic silver, just as with black-and-white film. But in a color film, the by-products of the development reaction simultaneously combine with chemicals known as color couplers that are included either in the film itself or in the developer solution to form colored dyes. Because the by-products are created in direct proportion to the amount of exposure and development, the dye clouds formed are also in proportion to the exposure and development. Following development, the silver is converted back to silver salts in the bleach step. It is removed from the film in the fix step and is sometimes recovered for subsequent use or sale. Fixing leaves behind only the formed color dyes, which combine to make up the colored visible image. Later color films, like Kodacolor II, have as many as 12 emulsion layers, with upwards of 20 different chemicals in each layer.

The use of film remained the dominant form of cinematography until the early 21st century when digital formats supplanted the use of film in many applications. This has also led to the replacement of film projectors with digital projection.

Yet, digital videos are sometimes deliberately altered to achieve a film look, such as adding film grain or other noise for artistic effect. 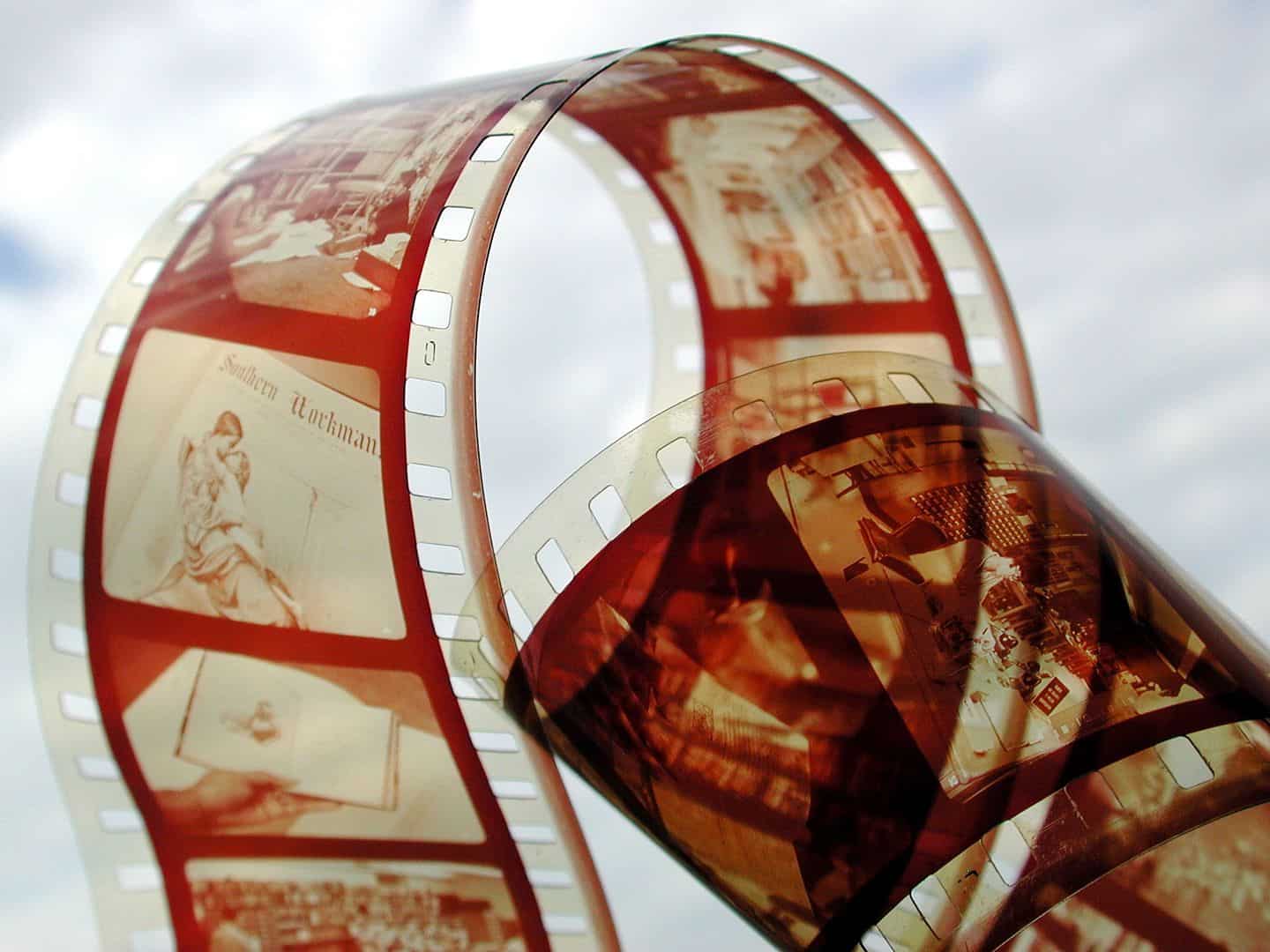 Film stock
see also
source
Adapted from content published on wikipedia.org
credit
Last modified on October 30, 2019, 7:54 am
previous
next
Videocide.com is a service provided by Codecide, a company located in Chicago, IL USA.