i.LINK
An interface standard that is commonly used for connecting hard drives and cameras to computers.

IEEE 1394 is an interface standard for a serial bus for high-speed communications and isochronous real-time data transfer. It was developed in the late 1980s and early 1990s by Apple, which called it FireWire, in cooperation with a number of companies, primarily Sony and Panasonic. The 1394 interface is also known by the brands i.LINK (Sony), and Lynx (Texas Instruments).

The copper cable it uses in its most common implementation can be up to 4.5 meters (15 ft) long. Power is also carried over this cable, allowing devices with moderate power requirements to operate without a separate power supply. FireWire is also available in Cat 5 and optical fiber versions.

The 1394 interface is comparable to USB. USB was developed subsequently and gained a much greater market share. USB also requires a master controller whereas IEEE 1394 is cooperatively managed by the connected devices.

FireWire is Apple's name for the IEEE 1394 High Speed Serial Bus. Its development was initiated by Apple in 1986, and developed by the IEEE P1394 Working Group, largely driven by contributions from Sony (102 patents), Apple (58 patents), and Panasonic (46 patents), in addition to contributions made by engineers from Philips, LG Electronics, Toshiba, Hitachi, Canon, INMOS/SGS Thomson (now STMicroelectronics), and Texas Instruments.

IEEE 1394 is a serial bus architecture for high-speed data transfer. FireWire is a serial bus, meaning that information is transferred one bit at a time. Parallel buses utilize a number of different physical connections, and as such are usually more costly and typically heavier. IEEE 1394 fully supports both isochronous and asynchronous applications.

Apple first included on-board FireWire in some of its 1999 Macintosh models (though it had been a build-to-order option on some models since 1997), and most Apple Macintosh computers manufactured in the years 2000 through 2011 included FireWire ports. However, in February 2011 Apple introduced the first commercially available computer with Thunderbolt. Apple released its last computers with FireWire in 2012. By 2014, Thunderbolt had become a standard feature across Apple's entire line of computers effectively becoming the spiritual successor to FireWire in the Apple ecosystem. Apple's last products with FireWire, the Thunderbolt Display and 2012 13-inch MacBook Pro, were discontinued in 2016.

Sony's implementation of the system, i.LINK, used a smaller connector with only four signal conductors, omitting the two conductors that provide power for devices in favor of a separate power connector. This style was later added to the 1394a amendment. This port is sometimes labeled S100 or S400 to indicate speed in Mbit/s.

The system was commonly used to connect data storage devices and DV (digital video) cameras but was also popular in industrial systems for machine vision and professional audio systems. Many users preferred it over the more common USB 2.0 for its then greater effective speed and power distribution capabilities. Benchmarks show that the sustained data transfer rates are higher for FireWire than for USB 2.0 but lower than USB 3.0. Results are marked on Apple Mac OS X but more varied on Microsoft Windows. 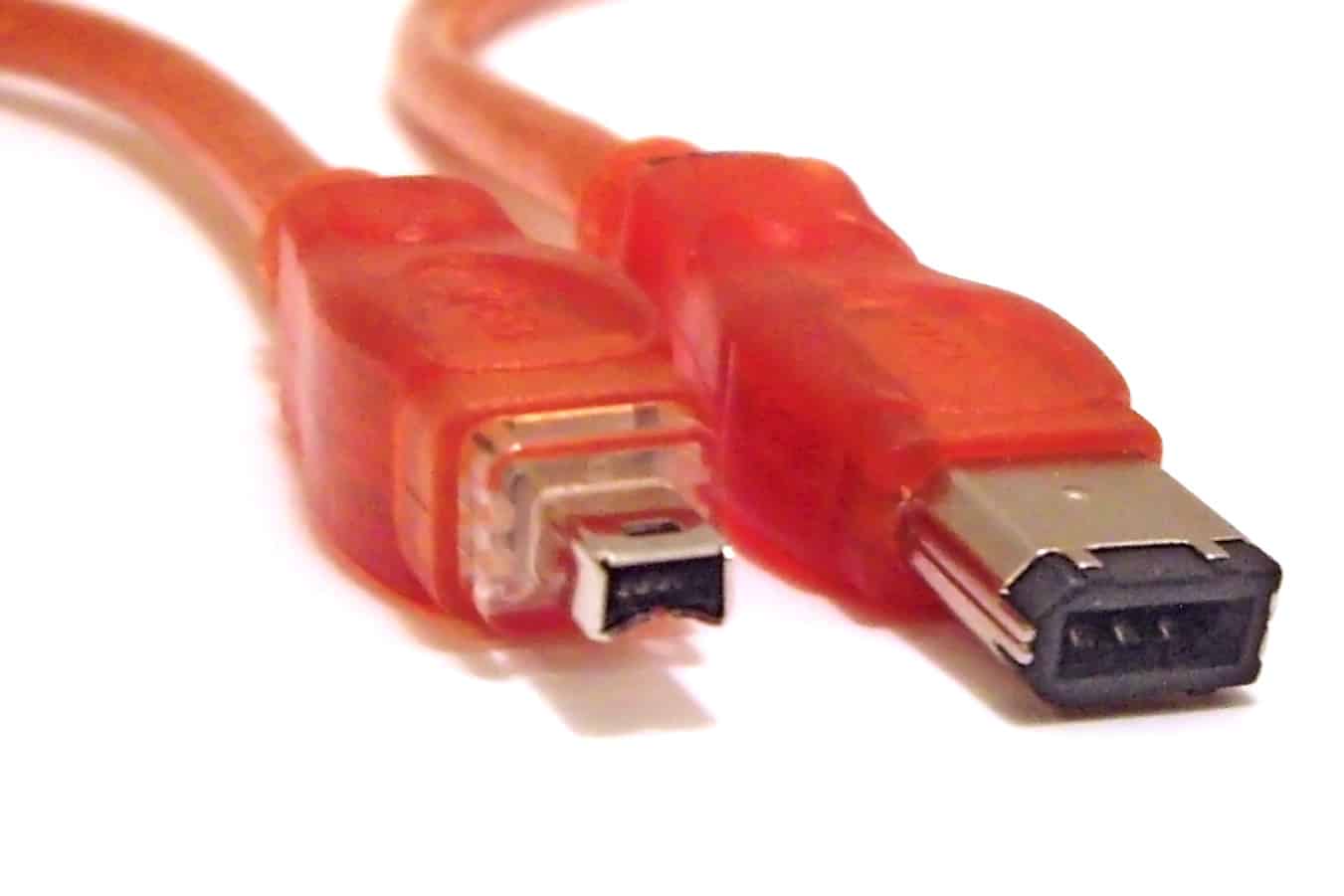 Firewire
also known as
see also
source
Adapted from content published on wikipedia.org
credit
Last modified on October 30, 2019, 7:57 am
previous
next
Videocide.com is a service provided by Codecide, a company located in Chicago, IL USA.