A measure of the distance, in millimeters, between the optical centre of the lens and the camera’s sensor.

Camera lens focal lengths are usually specified in millimetres (mm), but some older lenses are marked in centimetres (cm) or inches.

Focal length (f) and field of view (FOV) of a lens are inversely proportional. For a standard rectilinear lens, FOV = 2 arctan x/2f, where x is the diagonal of the film.

When a photographic lens is set to "infinity", its rear nodal point is separated from the sensor or film, at the focal plane, by the lens's focal length. Objects far away from the camera then produce sharp images on the sensor or film, which is also at the image plane. 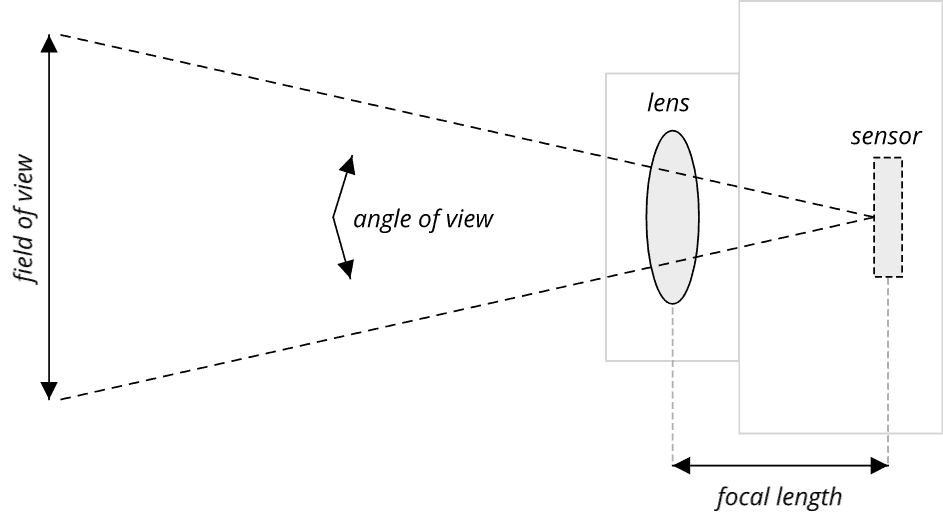 glossary_ F - 400
see also
source
Adapted from content published on wikipedia.org
Last modified on May 14, 2019, 10:25 am
previous
next
Videocide.com is a service provided by Codecide, a company located in Chicago, IL USA.