Memory used to store a complete frame of video.

A framebuffer (frame buffer, or sometimes Framestore) is a portion of random-access memory (RAM) containing a bitmap that drives a video display. It is a memory buffer containing a complete frame of data. Modern video cards contain framebuffer circuitry in their cores. This circuitry converts an in-memory bitmap into a video signal that can be displayed on a computer monitor.

In computing, a screen buffer is a part of computer memory used by a computer application for the representation of the content to be shown on the computer display. The screen buffer may also be called the video buffer, the regeneration buffer, or regen buffer for short. Screen buffers should be distinguished from video memory. To this end, the term off-screen buffer is also used.

The information in the buffer typically consists of color values for every pixel to be shown on the display. Color values are commonly stored in 1-bit binary (monochrome), 4-bit palettized 8-bit palettized, 16-bit high color and 24-bit true-color formats. An additional alpha channel is sometimes used to retain information about pixel transparency. The total amount of memory required for the framebuffer depends on the resolution of the output signal, and on the color depth or palette size.

Computer researchers had long discussed the theoretical advantages of a framebuffer, but were unable to produce a machine with sufficient memory at an economically practicable cost. In 1947, the Manchester Baby computer used a Williams tube, later the Williams-Kilburn tube, to store 1024 bits on a cathode-ray tube (CRT) memory and displayed on a second CRT. Other research labs were exploring these techniques with MIT Lincoln Laboratory achieving a 4096 display in 1950.

A color scanned display was implemented in the late 1960s, called the Brookhaven RAster Display (BRAD), which used a drum memory and a television monitor. In 1969, A. Michael Noll of Bell Labs implemented a scanned display with a frame buffer, using magnetic-core memory. Later on, the Bell Labs system was expanded to display an image with a color depth of three bits on a standard color TV monitor.

In the early 1970s, the development of MOS memory (metal-oxide-semiconductor memory) integrated-circuit chips, particularly high-density DRAM (dynamic random-access memory) chips with at least 1 kb memory, made it practical to create, for the first time, a digital memory system with framebuffers capable of holding a standard video image. This led to the development of the SuperPaint system by Richard Shoup at Xerox PARC in 1972. Shoup was able to use the SuperPaint framebuffer to create an early digital video-capture system. By synchronizing the output signal to the input signal, Shoup was able to overwrite each pixel of data as it shifted in. Shoup also experimented with modifying the output signal using color tables. These color tables allowed the SuperPaint system to produce a wide variety of colors outside the range of the limited 8-bit data it contained. This scheme would later become commonplace in computer framebuffers.

In 1974, Evans & Sutherland released the first commercial framebuffer, the Picture System, costing about $15,000. It was capable of producing resolutions of up to 512 by 512 pixels in 8-bit grayscale, and became a boon for graphics researchers who did not have the resources to build their own framebuffer. The New York Institute of Technology would later create the first 24-bit color system using three of the Evans & Sutherland framebuffers. Each framebuffer was connected to an RGB color output (one for red, one for green and one for blue), with a Digital Equipment Corporation PDP 11/04 minicomputer controlling the three devices as one.

In 1975, the UK company Quantel produced the first commercial full-color broadcast framebuffer, the Quantel DFS 3000. It was first used in TV coverage of the 1976 Montreal Olympics to generate a picture-in-picture inset of the Olympic flaming torch while the rest of the picture featured the runner entering the stadium.

The rapid improvement of integrated-circuit technology made it possible for many of the home computers of the late 1970s to contain low-color-depth framebuffers. Today, nearly all computers with graphical capabilities utilize a framebuffer for generating the video signal. Amiga computers, created in the 1980s, featured special design attention to graphics performance and included a unique Hold-And-Modify framebuffer capable of displaying 4096 colors.

Framebuffers also became popular in high-end workstations and arcade system boards throughout the 1980s. SGI, Sun Microsystems, HP, DEC, and IBM all released framebuffers for their workstation computers in this period. These framebuffers were usually of a much higher quality than could be found in most home computers, and were regularly used in television, printing, computer modeling, and 3D graphics. Framebuffers were also used by Sega for its high-end arcade boards, which were also of a higher quality than on home computers.

Framebuffers used in personal and home computing often had sets of defined modes under which the framebuffer can operate. These modes reconfigure the hardware to output different resolutions, color depths, memory layouts and refresh rate timings.

In the world of Unix machines and operating systems, such conveniences were usually eschewed in favor of directly manipulating the hardware settings. This manipulation was far more flexible in that any resolution, color depth, and refresh rate was attainable – limited only by the memory available to the framebuffer.

An unfortunate side-effect of this method was that the display device could be driven beyond its capabilities. In some cases, this resulted in hardware damage to the display. More commonly, it simply produced garbled and unusable output. Modern CRT monitors fix this problem through the introduction of protection circuitry. When the display mode is changed, the monitor attempts to obtain a signal lock on the new refresh frequency. If the monitor is unable to obtain a signal lock, or if the signal is outside the range of its design limitations, the monitor will ignore the framebuffer signal and possibly present the user with an error message.

LCD monitors tend to contain similar protection circuitry, but for different reasons. Since the LCD must digitally sample the display signal (thereby emulating an electron beam), any signal that is out of range cannot be physically displayed on the monitor. 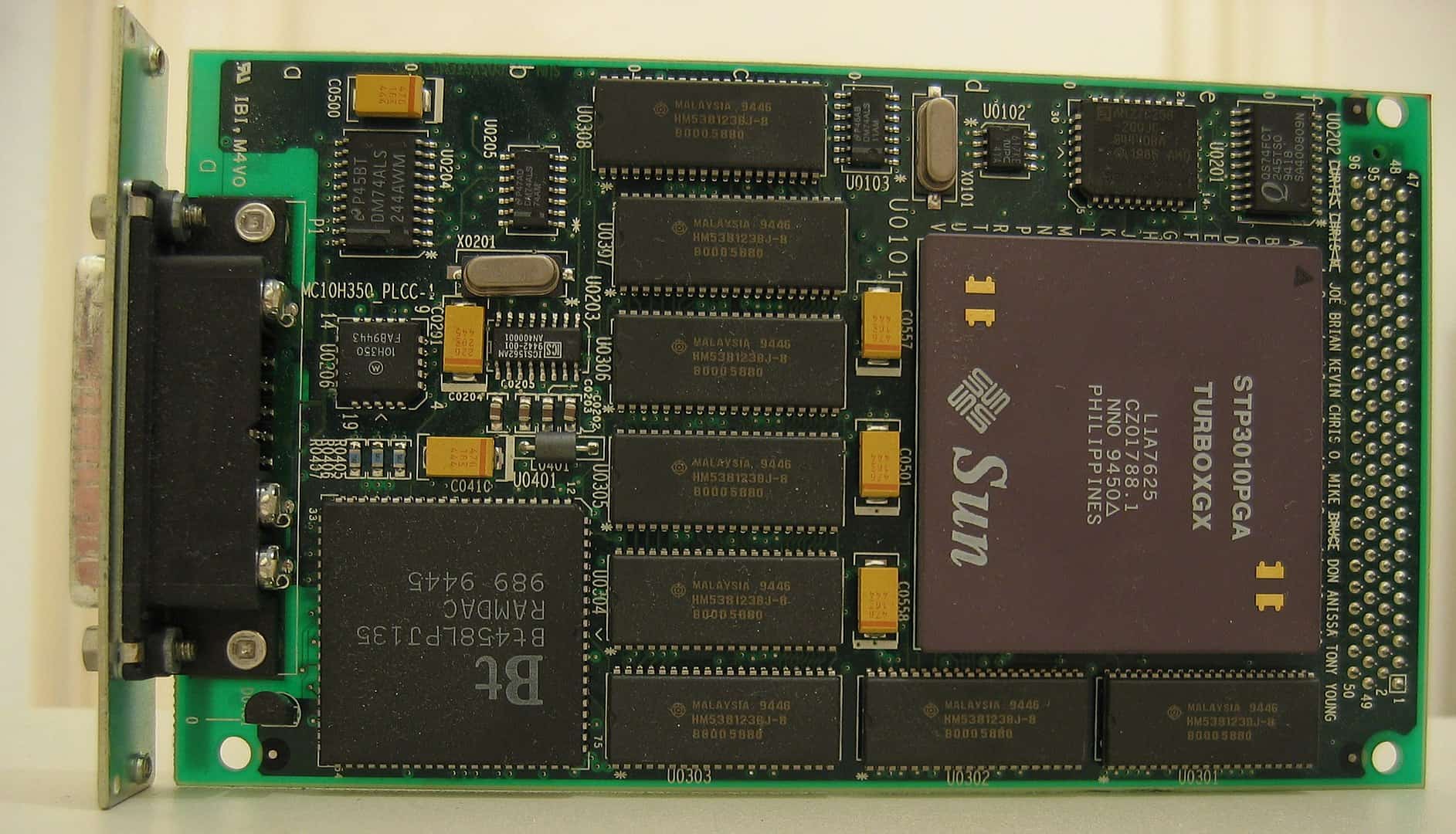 Frame buffer
also known as
see also
source
Adapted from content published on wikipedia.org
credit
Last modified on February 22, 2020, 7:47 am
previous
next
Videocide.com is a service provided by Codecide, a company located in Chicago, IL USA.