A type of non-damaging, super durable tape used on film sets, most often by the gaffer and grip department.

While sometimes confused with duct tape, gaffer tape differs in the composition of both the backing, which is made from fabric as opposed to vinyl or other plastics, and the adhesive, which is more resistant to heat and more easily removed without damaging the surface to which it was adhered.

The precise origin of the name is unknown, one theory being that it is named for the gaffer (chief lighting technician) on a film crew. When cables are taped down on a stage or other surface, either to prevent tripping hazards or conceal them from view of the audience or camera, they are said to be gaffed or gaff red.

Gaff tape was invented in 1959 by Ross Lowell, director, cinematographer, and founder of Lowel-Light. Lowell transferred the adhesive from Johnson & Johnson’s Permacel tape, also known as “duct tape”, to silver fabric, and Lowel-Light introduced “gaffer tape” to the market.

Gaffer tape is manufactured in many colors, including fluorescent and custom colors, but perhaps the most common variety is matte black. A matte finish keeps the tape from reflecting light, so that it blends in with a typical stage floor. It is sold in a variety of widths, from 1⁄4 in (6 mm) to 4 in (102 mm), with 1 in (25 mm) and 2 in (51 mm) being the most common. Gaffer tape is strong, yet can be torn by hand, so no cutting tools are necessary, and it can easily be ripped into narrower strips when desired. The synthetic adhesive typically leaves little or no residue and will generally not damage most surfaces when it is removed. This is, however, more likely in warm conditions, so care must be used in considering whether a different type of tape would be more appropriate in a given application. Gaffer tape is usually more expensive than duct tape because it is manufactured in smaller quantities, has more exacting specifications, and is marketed for professional use.

A common application for gaffer tape is securing cables to a stage floor, podium, or other surface, either for safety or concealment. It is also frequently used whenever a quick ad hoc fix is required, from temporarily attaching fixtures or props, to salvaging a broken piece of production equipment. A narrow version of gaffer tape, called spike tape, is used in theater productions for floor layout.

In the absence of console tape or artist tape, live sound engineers or lighting board operators may use a strip of white gaffer tape along the bottom of a mixing board to label the channels or sub-masters used for a particular show. 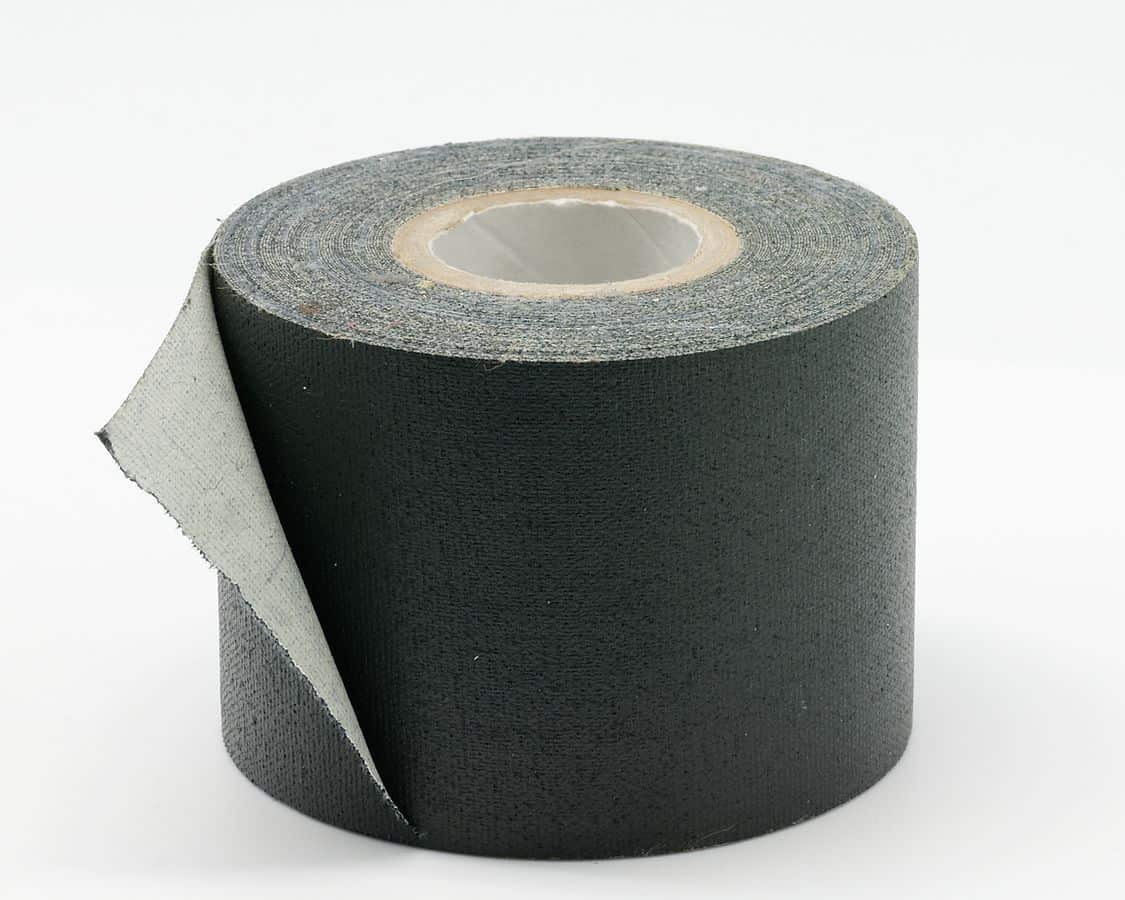 Gaffer tape
also known as
see also
source
Adapted from content published on wikipedia.org
Last modified on May 27, 2019, 12:03 am
previous
next
Videocide.com is a service provided by Codecide, a company located in Chicago, IL USA.