Deutsches Institut für Normung e.V. (DIN; in English, the German Institute for Standardization) is the German national organization for standardization and is the German ISO member body. DIN is a German Registered Association (e.V.) headquartered in Berlin. There are currently around thirty thousand DIN Standards, covering nearly every field of technology.

Founded in 1917 as the Normenausschuß der deutschen Industrie (NADI, "Standardisation Committee of German Industry"), the NADI was renamed Deutscher Normenausschuß (DNA, "German Standardisation Committee") in 1926 to reflect that the organization now dealt with standardization issues in many fields; viz., not just for industrial products. In 1975 it was renamed again to Deutsches Institut für Normung, or 'DIN' and is recognized by the German government as the official national-standards body, representing German interests at the international and European levels.

The acronym, 'DIN' is often incorrectly expanded as Deutsche Industrienorm ("German Industry Standard"). This is largely due to the historic origin of the DIN as "NADI". The NADI indeed published their standards as DI-Norm (Deutsche Industrienorm). For example, the first published standard was 'DI-Norm 1' (about tapered pins) in 1918. Many people still mistakenly associate DIN with the old DI-Norm naming convention.

One of the earliest, and probably the best known, is DIN 476 — the standard that introduced the A-series paper sizes in 1922 — adopted in 1975 as International Standard ISO 216. Common examples in modern technology include DIN and mini-DIN connectors for electronics, and the DIN rail.
DIN standard designation

The designation of a DIN standard shows its origin (# denotes a number): 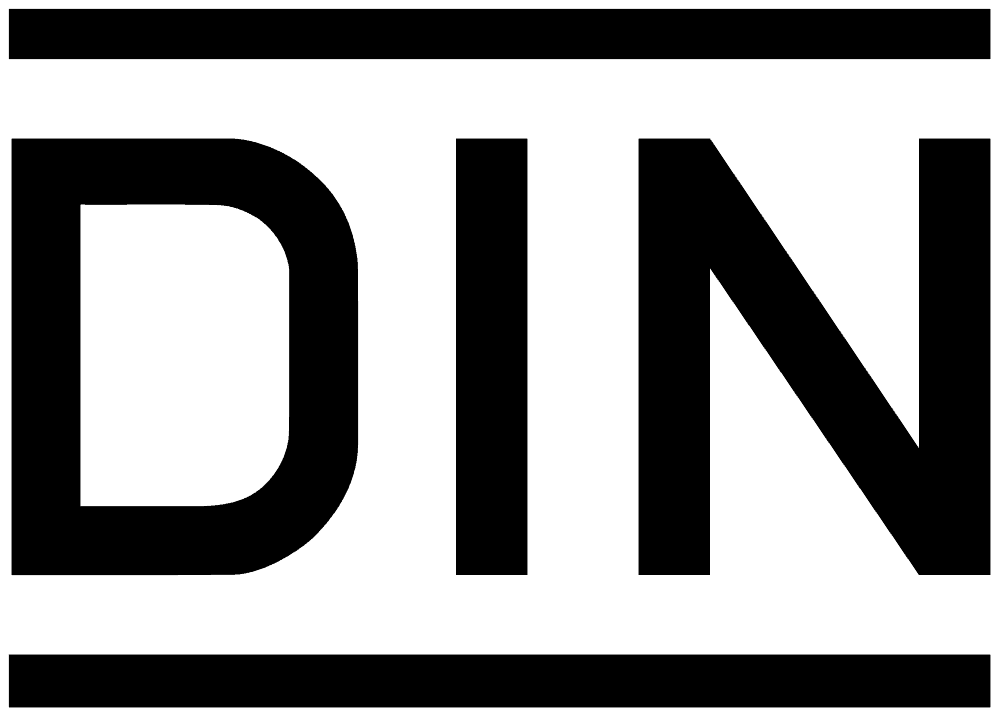