An image composed exclusively of shades of gray to represent the intensity (light.)

In digital photography, computer-generated imagery, and colorimetry, a grayscale or greyscale image is one in which the value of each pixel is a single sample representing only an amount of light, that is, it carries only intensity information. Grayscale images, a kind of black-and-white or gray monochrome, are composed exclusively of shades of gray. The contrast ranges from black at the weakest intensity to white at the strongest.

Grayscale images are distinct from one-bit bi-tonal black-and-white images which, in the context of computer imaging, are images with only two colors: black and white (also called bilevel or binary images). Grayscale images have many shades of gray in between.

Grayscale images can be the result of measuring the intensity of light at each pixel according to a particular weighted combination of frequencies (or wavelengths), and in such cases they are monochromatic proper when only a single frequency (in practice, a narrow band of frequencies) is captured. The frequencies can in principle be from anywhere in the electromagnetic spectrum (e.g. infrared, visible light, ultraviolet, etc.).

A colorimetric (or more specifically photometric) grayscale image is an image that has a defined grayscale colorspace, which maps the stored numeric sample values to the achromatic channel of a standard colorspace, which itself is based on measured properties of human vision.

The intensity of a pixel is expressed within a given range between a minimum and a maximum, inclusive. This range is represented in an abstract way as a range from 0 (or 0%) (total absence, black) and 1 (or 100%) (total presence, white), with any fractional values in between. This notation is used in academic papers, but this does not define what "black" or "white" is in terms of colorimetry. Sometimes the scale is reversed, as in printing where the numeric intensity denotes how much ink is employed in halftoning, with 0% representing the paper white (no ink) and 100% being a solid black (full ink).

In computing, although the grayscale can be computed through rational numbers, image pixels are usually quantized to store them as unsigned integers, to reduce the required storage and computation. Some early grayscale monitors can only display up to sixteen different shades, which would be stored in binary form using 4-bits. But today grayscale images (such as photographs) intended for visual display (both on screen and printed) are commonly stored with 8 bits per sampled pixel. This pixel depth allows 256 different intensities (i.e., shades of gray) to be recorded, and also simplifies computation as each pixel sample can be accessed individually as one full byte. However, if these intensities were spaced equally in proportion to the amount of physical light they represent at that pixel (called a linear encoding or scale), the differences between adjacent dark shades could be quite noticeable as banding artifacts, while many of the lighter shades would be "wasted" by encoding a lot of perceptually-indistinguishable increments. Therefore, the shades are instead typically spread out evenly on a gamma-compressed nonlinear scale, which better approximates uniform perceptual increments for both dark and light shades, usually making these 256 shades enough (just barely) to avoid noticeable increments.

Technical uses (e.g. in medical imaging or remote sensing applications) often require more levels, to make full use of the sensor accuracy (typically 10 or 12 bits per sample) and to reduce rounding errors in computations. Sixteen bits per sample (65,536 levels) is often a convenient choice for such uses, as computers manage 16-bit words efficiently. The TIFF and PNG (among other) image file formats support 16-bit grayscale natively, although browsers and many imaging programs tend to ignore the low order 8 bits of each pixel. Internally for computation and working storage, image processing software typically uses integer or floating-point numbers of size 16 or 32 bits. 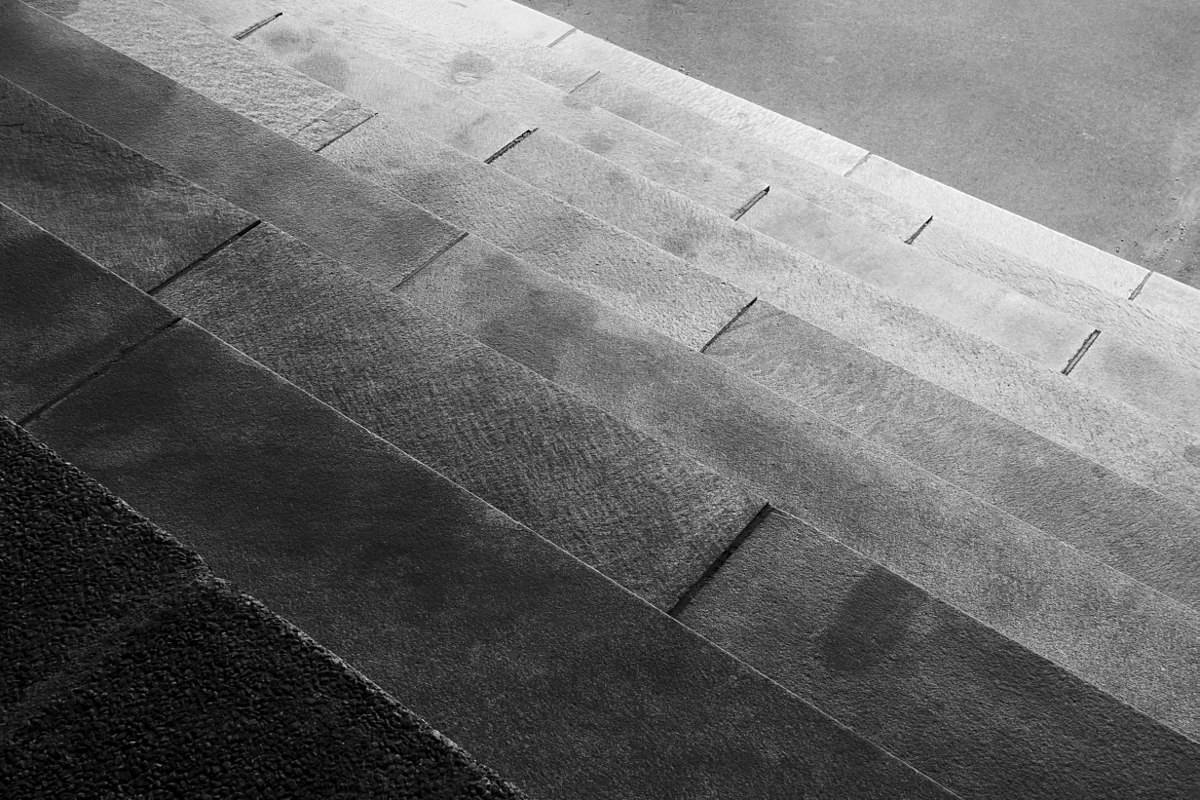 glossary_ G - 400
see also
source
Adapted from content published on wikipedia.org
Last modified on May 15, 2019, 1:08 pm
previous
next
Videocide.com is a service provided by Codecide, a company located in Chicago, IL USA.