Production crew stagehand responsible for handling equipment, props, and scenery before, during, and after production.

In the U.S. and Canada, grips are technicians in the filmmaking and video production industries. They constitute their own department on a film set and are directed by a key grip. Grips have two main functions. The first is to work closely with the camera department to provide camera support, especially if the camera is mounted to a dolly, crane, or in an unusual position, such as the top of a ladder. Some grips may specialize in operating camera dollies or camera cranes. The second main function of grips is to work closely with the electrical department to create lighting set-ups necessary for a shot under the direction of the director of photography.

In the UK, Australia and most parts of Europe, grips are not involved in lighting. In the "British System", adopted throughout Europe and the British Commonwealth (excluding Canada), a grip is solely responsible for camera mounting and support.

The term "grip" is derived from an older term in U.S. theatre where it designated stagehands who moved scenery. 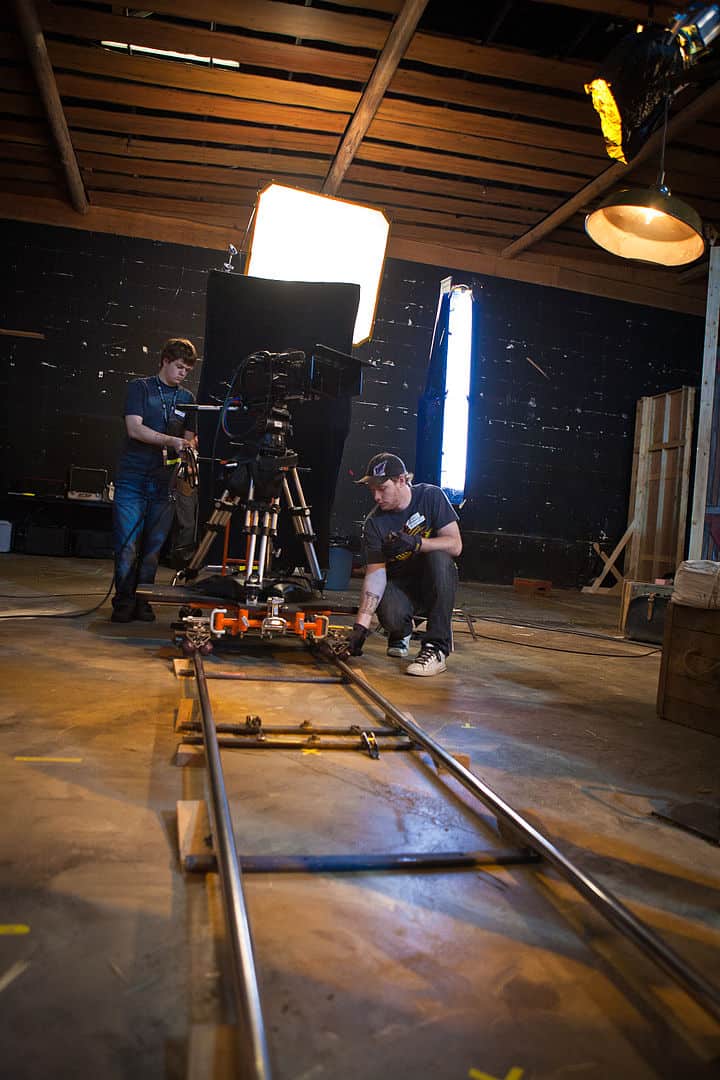 Grip
see also
source
Adapted from content published on wikipedia.org
credit
Last modified on September 14, 2019, 12:49 am
previous
next
Videocide.com is a service provided by Codecide, a company located in Chicago, IL USA.