A hard disk recorder (HDR) is a system that uses a high-capacity hard disk to record digital audio or digital video. It is an alternative to reel-to-reel audio tape recording and videotape recorders. Hard disk recording systems offer editing capabilities unavailable to tape recorders. Audio high-definition systems, which can be standalone or computer-based, typically include provisions for digital mixing and processing of audio signals.

Direct-to-disk recording (DDR) refers to methods that may also use optical disc recording technologies such as DVD, and Compact disc.

One major advantage of recording audio to a hard disk is that it allows for non-linear editing. Audio data can be accessed randomly and therefore can be edited non-destructively, that is, the original material is not changed in any way. Non-linear editing is not inherent to every hard-disk recording system, however. Different manufacturers implement different degrees of this facility.

Hard disk recorders are often combined with a digital mixing console and are an integral part of a digital audio workstation (DAW). In this form, complex tasks can be automated, freeing the audio engineer from performing a final mix in real-time.

A personal computer can be used as a hard disk recorder with appropriate software; nowadays this solution is often preferred, as it provides a more flexible interface to the studio engineer. Many studio-grade systems provide external hardware, particularly for the analog to digital conversion stages, while less expensive software systems can use the sound card included with any modern computer.

The major constraints on any hard disk recording system are the storage capacity, transfer rate, and processor speed. Some systems use lossy audio compression to minimize the first two factors. This solution is becoming increasingly rare, thanks to rapid increases in hard disk capacity. 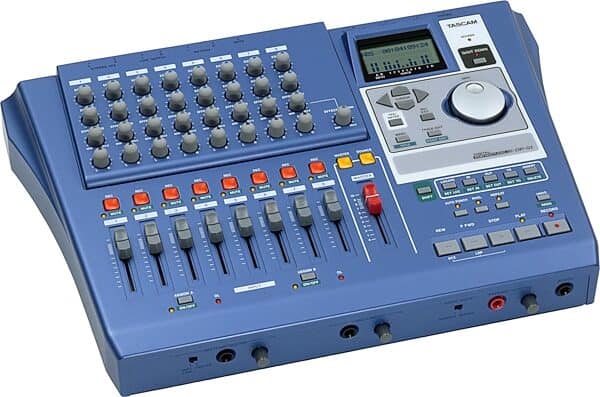