A headset is a combination of a headphone with a microphone.

A headset combines a headphone with a microphone. Headsets are made with either a single-earpiece (mono) or a double-earpiece (mono to both ears or stereo). Headsets provide the equivalent functionality of a telephone handset but with hands-free operation. They have many uses including in call centers and other telephone-intensive jobs and for anybody wishing to have both hands free during a telephone conversation.

Omni-directional microphones pick up the complete 360-degree field, which may include much extraneous noise. 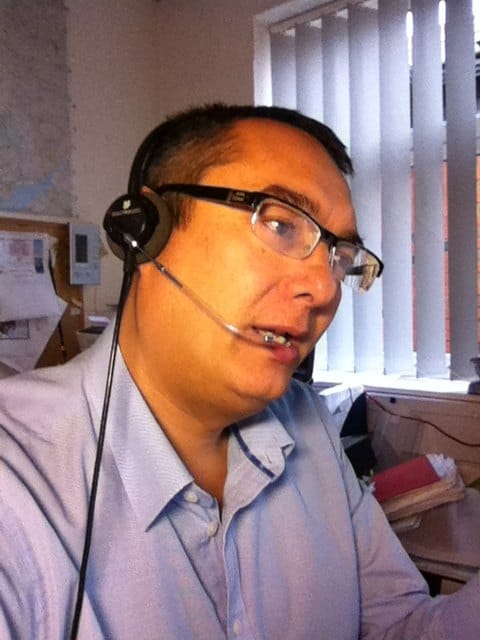