A method of recording video information diagonally on a tape, used in home and professional VCRs.

Comparison to a linear tape recording

In a fixed tape head recording system, magnetic tape is drawn past the head at a constant speed. The head creates a fluctuating magnetic field in response to the signal to be recorded, and the magnetic particles on the tape are forced to line up with the field at the head. As the tape moves away, the magnetic particles carry an imprint of the signal in their magnetic orientation. If the tape moves too slowly, a high-frequency signal will not be imprinted: the particles' polarity will simply oscillate in the vicinity of the head, to be left in a random position. Thus the bandwidth channel capacity of the recorded signal can be seen to be related to tape speed: the faster the speed, the higher the frequency that can be recorded.

Video needs considerably more bandwidth than audio, so much so that tape would have to be drawn past the heads at very high speed to capture this signal. This is impractical since tapes of immense length would be required: VERA, developed by the BBC between 1952 and 1958, used 52cm (20") reels running at a speed of 5.08 m/s (16.7 ft/s), and could only record about 15 minutes of the 405-line monochrome program. The generally adopted solution is to rotate the head against the tape at high speed so that the relative velocity is high, but the tape itself moves at a slow speed. To accomplish this, the head carrier (usually referred to as the head drum) must be tilted so that at each rotation of the drum, a new area of tape passes the head. Each segment of the signal is recorded as a diagonal stripe across the tape. This is known as a helical scan because the tape wraps around the circular drum at an angle, traveling up like a helix. The difference between the head writing speed and linear tape speed is vast: for example, 580 centimeters per second (230 in/s) versus 3.5 cm/s (1.4 in/s).

With the advent of television broadcasting in Japan in the early 1950s, they saw the need for magnetic television signal recording. Dr. Norikazu Sawazaki developed a prototype helical scan recorder in 1953. Independently in Germany, Eduard Schüller was also developing a helical scan method of recording.

When Ampex developed the quadruplex magnetic tape video recording system in 1956, it had certain limitations, perhaps the most important of which was the lack of pause or still frame capability, because the picture signal was segmented, or broken down into discrete segments to be recorded on the tape individually (only 16 lines of the picture in each segment). Thus, when tape motion was stopped, only a single segment of the picture recording was present at the playback heads. The helical-scan system overcame this limitation.

Toshiba introduced helical-scan technology to the television industry in 1959. During the 1960s and 1970s, helical-scan recording machines were introduced by many manufacturers and marketed all over the world. The technology rapidly took over the market for video recording, due to its reduced complexity, greater reliability, lower manufacturing and servicing costs, lighter weight, lower energy consumption, and more versatile features, when compared to the quadruplex system. These factors also made it possible eventually to bring video recording to users at home, in a cassette format. 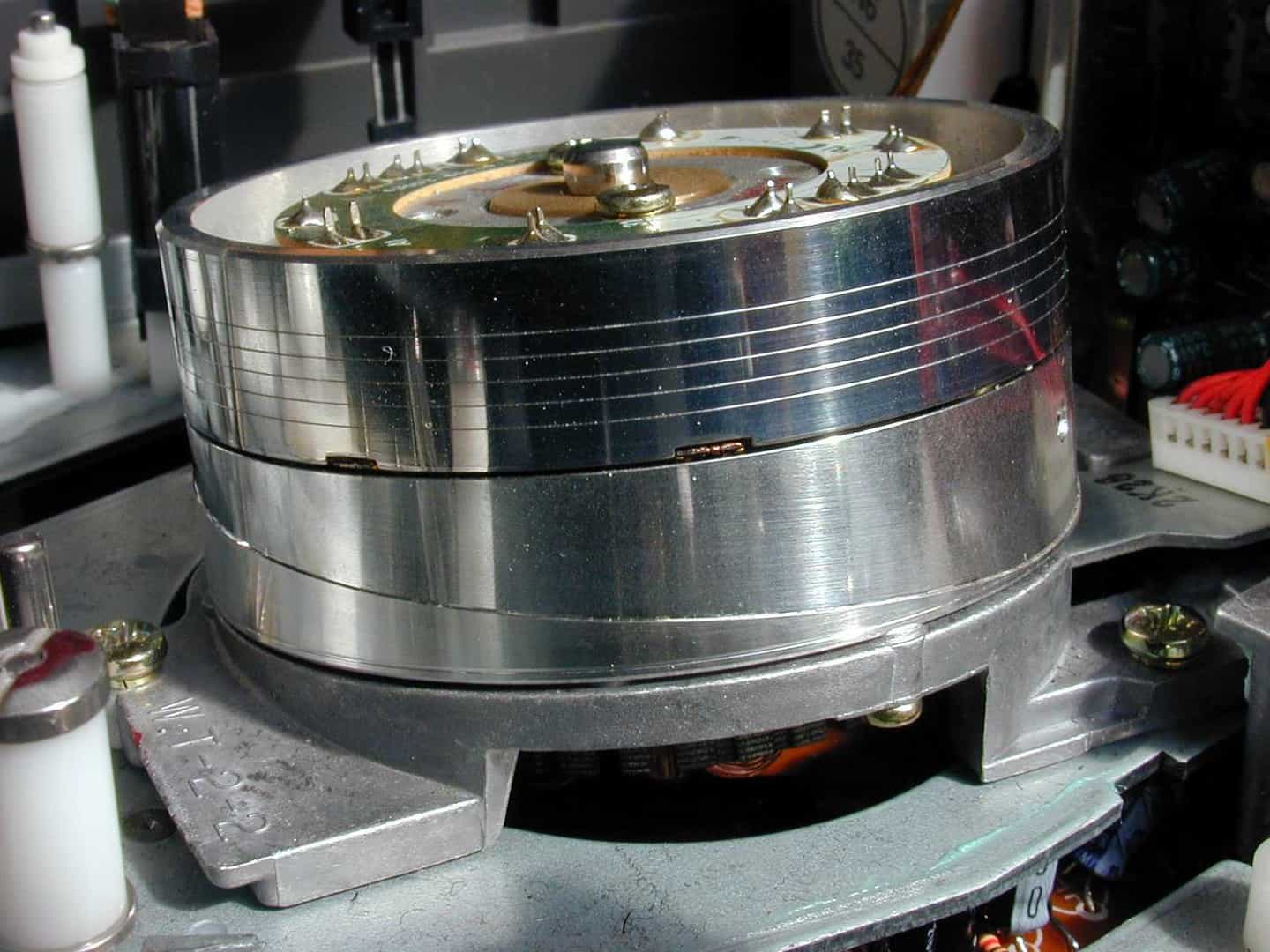 Helical scan
see also
source
Adapted from content published on wikipedia.org
credit
Last modified on August 12, 2019, 6:11 am
previous
next
Videocide.com is a service provided by Codecide, a company located in Chicago, IL USA.