Mains hum, electric hum, or power line hum is a sound associated with alternating current at the frequency of the mains electricity. The fundamental frequency of this sound is usually 50 Hz or 60 Hz, depending on the local power-line frequency. The sound often has heavy harmonic content above 50–60 Hz. Because of the presence of mains current in mains-powered audio equipment as well as ubiquitous AC electromagnetic fields from nearby appliances and wiring, 50/60 Hz electrical noise can get into audio systems, and is heard as mains hum from their speakers. Mains hum may also be heard coming from powerful electric power grid equipment such as utility transformers, caused by mechanical vibrations induced by magnetostriction in magnetic core. Onboard aircraft (or spacecraft) the frequency heard is often higher pitched, due to the use of 400 Hz AC power in these settings because 400 Hz transformers are much smaller and lighter.

It is often the case that electric hum at a venue is picked up via a ground loop. In this situation, an amplifier and a mixing desk are typically at some distance from one another. The chassis of each item is grounded via the mains earth pin, and is also connected along a different pathway via the conductor of a shielded cable. As these two pathways do not run alongside each other, an electrical circuit in the shape of a loop is formed. The same situation occurs between musical instrument amplifiers on stage and the mixing desk. To fix this, stage equipment often has a "ground lift" switch which breaks the loop. Another solution is to connect the source and destination through a 1:1 isolation transformer, called variously audio humbucker or iso coil. Another extremely dangerous option is to break contact with the ground wire by using an AC ground lift adapter or by breaking the earth pin off the power plug used at the mixing deck. Depending on the design and layout of the audio equipment, lethal voltages between the (now isolated) ground at the mixing desk and earth ground can then develop. Any contact between the AC line live terminals and the equipment chassis will energize all the cable shields and interconnected equipment. 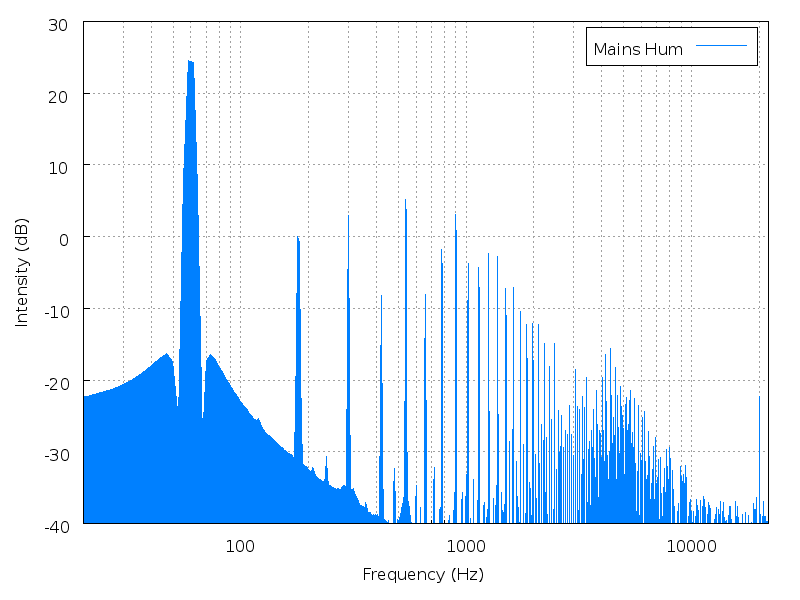 glossary_ H - 400
see also
source
Adapted from content published on wikipedia.org
Last modified on May 17, 2019, 8:52 am
previous
next
Videocide.com is a service provided by Codecide, a company located in Chicago, IL USA.