An IFB earpiece is a type of in-ear monitor connected to an interruptible foldback system (IFB).

In-ear monitors (IEMs) are devices used by musicians, audio engineers, and audiophiles to listen to music or to hear a personal mix of vocals and stage instrumentation for live performance or recording studio mixing. They are also used by television presenters in order to receive vocal instructions, info, and breaking news announcements from a producer that only the presenter hears. They are often custom fitted for an individual's ears to provide comfort and a high level of noise reduction from ambient surroundings. Their origins as a tool in live music performance can be traced back to the mid-1980s.

A monitoring system is any system that provides a mix of audio sources to a performer on stage. Traditionally, loudspeakers were placed on the stage directed toward the performers (often called monitors, floor monitor speakers, or wedges). Depending on the sophistication of the audio system, these loudspeakers can have disadvantages. First, floor wedges greatly increase the onstage volume, in some cases to potential hearing damage levels. Second, while floor wedges can be placed in front of a particular singer, guitarist, bassist, or drummer, the other musicians can often hear the other musicians' wedge mixes. In a sophisticated monitoring system, every band member can have their own monitor mix, which is their particular preference of vocals and/or instruments.

Since performers wear an IEM in each ear, they can also hear a stereo mix if a particular monitor system allows it. This can allow the additional definition of the audio by panning different elements (vocals, drums, etc.) to each ear. More recent advances also allow the user to adjust the amount of ambient noise filtered by the IEM.

One additional consideration for mixing IEMs is that while getting rid of floor wedges can improve the overall clarity of the mix for the performers and decrease the overall volume onstage, one important piece that is often lost is crowd noise and crowd comments, such as the audience calling for an "encore". It is not uncommon for a microphone to be placed near each side of the stage, facing out to the audience, to provide a way to get some of the crowd noise and audience comments back into the performers' IEM mixes. Larger live shows can have several microphones for this purpose spread across the front of the stage, which can also be sent to a multitrack recording device used in an outside broadcast production truck, or other destinations.

Most professional stage in-ear monitor systems use wireless to send the mix to the IEMs. This type of system consists of a stationary offstage transmitter and an onstage receiver (about the size of a pack of cards) that is worn by the performer. There is generally a transmitter for each monitor mix and there is always a receiver for each IEM. The transmitters usually output either one stereo mix or two mono mixes. When the transmitters are set up for two mono mixes, one transmitter can be used for two different mixes. Any number of receivers can receive a single mix.

The transmitters and receivers transfer audio wirelessly via a VHF or UHF radiofrequency. Generally speaking, UHF systems sound much better than VHF systems and are also more expensive. UHF systems usually are less susceptible to frequency interference which adds to their level of quality.

Universal IEMs typically include a variety of foam and silicone tips in each pack, in the hope that at least one pair may create a comfortable seal for the user's ears. If a universal IEM earpiece does not fit a specific person, they may need to order custom items. If there is not a good seal, ambient noise leakage is increased.

Custom molded IEMs are more comfortable to wear and better isolate ambient noise. Depending on the quality of the fit and length of the canal portion of the earpiece, a custom fit in-ear monitor will generally provide somewhere between 25 and 34 decibels of noise reduction. This means that loud onstage instruments, such as drum kits or large 8x10" guitar stacks, are less likely to cause hearing damage for onstage musicians wearing IEMs.

Custom in-ear monitors come in a variety of colors but are usually clear or a color that closely matches the skin color of the performer. Some manufacturers can also place custom artwork directly onto the custom in-ear monitors. The IEM cable plugs into a 3.5 mm stereo jack on the receiver pack; typically clipped onto the belt, guitar strap, clothing of the performer, or placed in a pocket. Impressions for custom in-ear monitors are typically taken by an audiologist. In order to achieve the most isolation, the audiologist should use a high viscosity impression material with a deep impression of the ear canal. The musician should also mimic their embouchure while the impression material is setting so that the fit is comfortable while performing. Custom in-ear monitors made of a softer silicone material can be inserted deeper in the ear canal and will provide more isolation from outside noise.

Some performers desire a more natural sound from their IEMs with both the music mix and ambient sounds. Passive ambient IEMs have a small hole drilled into the earpiece to allow some natural ambient sound into the ear canal; however, this can potentially lead to increased sound exposure as it reduces the signal-to-noise ratio for the mix and causes the musician to increase the levels from the IEM. Active ambient IEMs use external microphones to reproduce the ambient sound in the mix that mimics the frequency response of the open ear and may sound more natural to the performer.

Television studios use earpieces with a specialized type of intercom called an interruptible foldback (IFB), as a means of communication.

Many performers choose to use IEMs as a way to reduce their overall exposure to loud sounds and prevent hearing loss. However, education on the use of IEMs is a crucial factor for limiting exposure as performers have a tendency to set their IEMs to similar intensity levels that were previously used in their floor monitors. Musicians need to train themselves to listen to lower levels to take full advantage of the sound level reduction capability of IEMs.

Some musicians with two IEMs may choose to take out one of them during a performance in order to hear more ambient sound. The increased risk of hearing damage in this scenario is twofold. Removing one IEM negates the improvement in signal-to-noise ratio from isolation and the binaural summation effect which causes an increase in perceived loudness from using two sound sources. Therefore, the performer will likely turn up the IEM in the other ear to improve the signal-to-noise ratio. Also, the ear without an IEM is potentially exposed to loud ambient sound.

Many IEMS use peak limiters or compressors to limit potential damage from sudden loud sounds. However, this does not prevent the performer from turning up the IEM to unsafe levels. 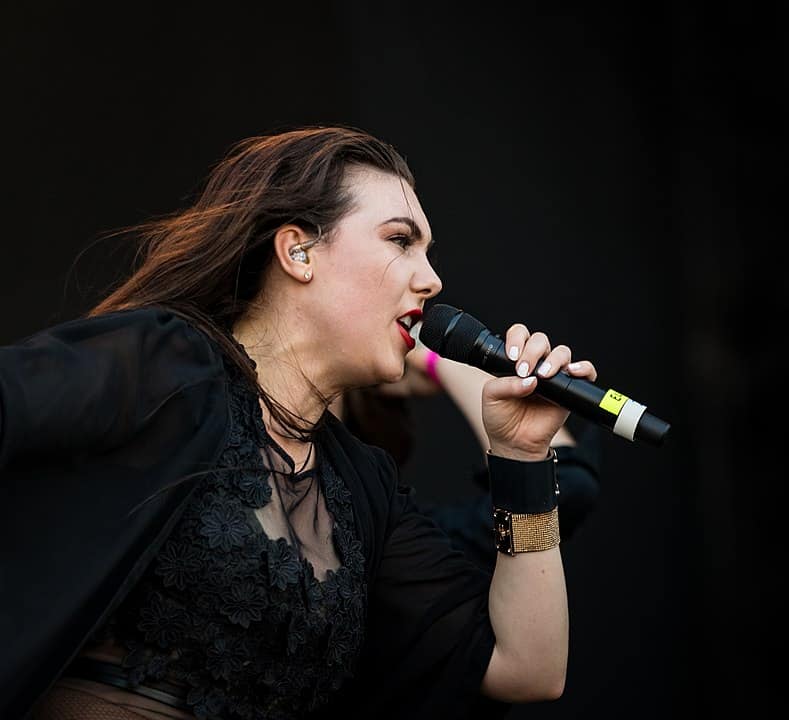