A video camera tube used in television broadcasting up until the 1930s.

An image dissector is a video camera tube in which photocathode emissions create an "electron image" which is then scanned to produce an electrical signal representing the visual image. The term may apply specifically to a dissector tube employing magnetic fields to keep the electron image in focus, and an electron multiplier to scan the electrons. Dissectors were used only briefly in television systems before being replaced by the much more sensitive iconoscope during the 1930s.

An image dissector focuses a visual image onto a layer of photosensitive material, such as cesium oxide, which emits negatively charged "photoelectrons" proportional to the intensity of the light striking the material. Electrostatic deflecting plates or magnetic fields then periodically manipulate the resulting electron image horizontally and vertically before an electron multiplier, or a small aperture leading to a positively charged detector, or anode, in the case of the earliest dissector tubes. The electron multiplier or aperture permits only those electrons emanating from a very small area of the electron image, representing a similarly small area of the visual image. The entire image is scanned several times per second to produce an electrical signal suitably representative of a moving visual image.

Because the dissector does not store charge, it is useful for viewing the inside of furnaces and monitoring welding systems as it does not suffer from the "flare" normal picture tubes experience when looking at intense lights.

In April 1925, German professor Max Dieckmann and his student Rudolf Hell applied for a patent for a device named Lichtelektrische Bildzerlegerröhre für Fernseher (Photoelectric Image Dissector Tube for Television). A patent was issued in October 1927, and their experiments were announced in Discovery and Popular Radio, but they failed to reduce it to practice. In 1951, Hell claimed that he had made a tube but could not get it to function, since at the time there was insufficient knowledge of electron optics, the manipulation of an electron beam by electric or magnetic fields.

American television pioneer Philo T. Farnsworth invented the first functional image dissector in 1927, submitting a patent application on January 7, 1927. On September 7 of that year, the image dissector successfully transmitted its first image, a simple straight line, at Farnsworth's laboratory at 202 Green Street in San Francisco. By September 3, 1928, Farnsworth had developed the system sufficiently to hold a demonstration for the press, the first such successful demonstration of a fully electronic television system.

In 1929 Farnsworth eliminated a motor-generator from the system, so it then had no mechanical parts. Further developments that year included improvements in image clarity and an increase in the number of lines of resolution, such that it exceeded that of the mechanical television systems. Also in 1929, Farnsworth transmitted the first live human images with his system, including a three-and-a-half-inch image of his wife Elma ("Pem") with her eyes closed (possibly due to the bright lighting required).

Farnsworth applied for a patent for his "electron multiplier" on March 3, 1930, and demonstrated its application in 1931.:137–141 Farnsworth continued to improve the device, which would come to be called a "multifactor", such that it reportedly could amplify a signal to the 60th power or better,:139 and showed great promise in other fields of electronics. A significant problem with the multipactor, however, was that it wore out at an unsatisfactorily rapid rate.:141

On August 25, 1934, Farnsworth gave the world's first public demonstration of a complete, all-electronic television system, which included his image dissector, at the Franklin Institute in Philadelphia, Pennsylvania.

By the late 1930s, dissectors were replaced by more efficient iconoscopes. 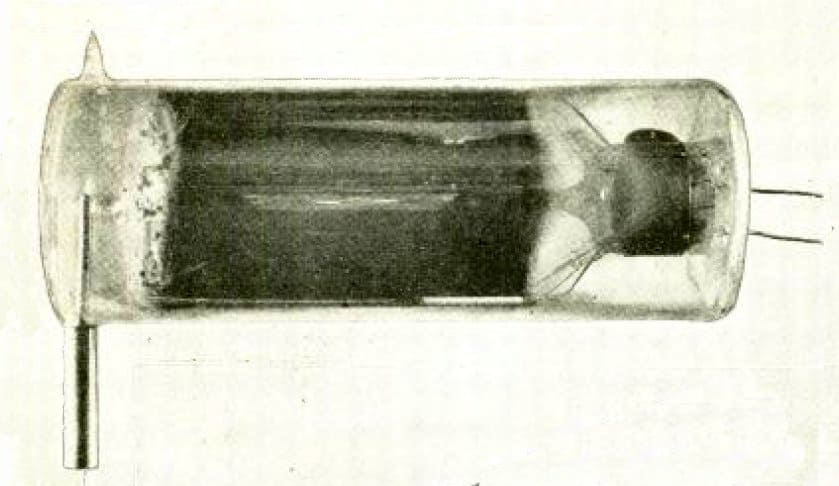