A video signal occupies a wide spectrum of frequencies, from nearly DC (0 Hz) to 6 MHz. If the output impedance of either the video source, cable or input impedance of the receiving equipment are not properly matched, a series of problems may arise.

Whenever a source of power with a fixed output impedance such as an electric signal source, a radio transmitter or a mechanical sound (e.g., a loudspeaker) operates into a load, the maximum possible power is delivered to the load when the impedance of the load (load impedance or input impedance) is equal to the complex conjugate of the impedance of the source (that is, its internal impedance or output impedance). For two impedances to be complex conjugates their resistances must be equal, and their reactances must be equal in magnitude but of opposite signs. In low-frequency or DC systems (or systems with purely resistive sources and loads) the reactances are zero, or small enough to be ignored. In this case, maximum power transfer occurs when the resistance of the load is equal to the resistance of the source (see maximum power theorem for a mathematical proof).

Impedance matching is not always necessary. For example, if a source with a low impedance is connected to a load with a high impedance the power that can pass through the connection is limited by the higher impedance. This maximum-voltage connection is a common configuration called impedance bridging or voltage bridging, and is widely used in signal processing. In such applications, delivering a high voltage (to minimize signal degradation during transmission or to consume less power by reducing currents) is often more important than maximum power transfer.

In older audio systems (reliant on transformers and passive filter networks, and based on the telephone system), the source and load resistances were matched at 600 ohms. One reason for this was to maximize power transfer, as there were no amplifiers available that could restore lost signal. Another reason was to ensure correct operation of the hybrid transformers used at central exchange equipment to separate outgoing from incoming speech, so these could be amplified or fed to a four-wire circuit. Most modern audio circuits, on the other hand, use active amplification and filtering and can use voltage-bridging connections for greatest accuracy. Strictly speaking, impedance matching only applies when both source and load devices are linear; however, matching may be obtained between nonlinear devices within certain operating ranges. 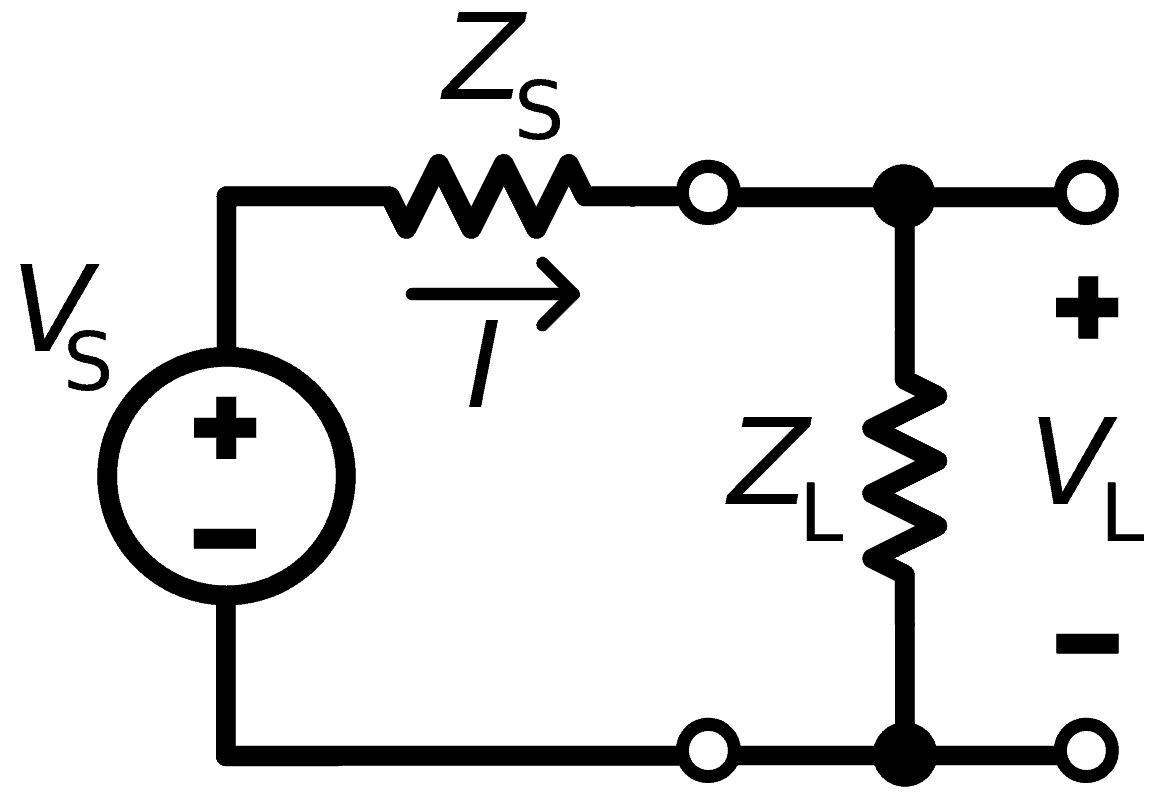 Impedance matching
see also
source
Adapted from content published on wikipedia.org
credit
Last modified on August 20, 2019, 1:28 am
previous
next
Videocide.com is a service provided by Codecide, a company located in Chicago, IL USA.