A Japanese standard for digital television (DTV) and digital radio used by the country's radio and television networks.

The Integrated Services Digital Broadcasting (ISDB; Japanese: 統合デジタル放送サービス, Tōgō dejitaru hōsō sābisu) is a Japanese standard for digital television (DTV) and digital radio used by the country's radio and television networks. ISDB replaced NTSC-J analog television system and the previously used MUSE Hi-vision analogue HDTV system in Japan, and will be replacing NTSC, PAL-M and PAL-N in South America and the Philippines. Digital Terrestrial Television Broadcasting (DTTB) services using ISDB-T started in Japan in December 2003 and in Brazil in December 2007 as a trial. Since then, many countries have adopted ISDB over other digital broadcasting standards.

The core standards of ISDB are ISDB-S (satellite television), ISDB-T (terrestrial), ISDB-C (cable) and 2.6 GHz band mobile broadcasting which are all based on MPEG-2 or MPEG-4 standard for multiplexing with transport stream structure and video and audio coding (MPEG-2 or H.264), and are capable of high definition television (HDTV) and standard definition television. ISDB-T and ISDB-Tsb are for mobile reception in TV bands. 1seg is the name of an ISDB-T service for reception on cell phones, laptop computers and vehicles.

The concept was named for its similarity to ISDN, because both allow multiple channels of data to be transmitted together (a process called multiplexing). This is also much like another digital radio system, Eureka 147, which calls each group of stations on a transmitter an ensemble; this is very much like the multi-channel digital TV standard DVB-T. ISDB-T operates on unused TV channels, an approach taken by other countries for TV but never before for radio.

The ISDB CAS system in Japan is operated by a company named B-CAS; the CAS card is called B-CAS card. The Japanese ISDB signal is always encrypted by the B-CAS system even if it is a free television program. That is why it is commonly called "Pay per view system without charge".[citation needed] An interface for mobile reception is under consideration.[citation needed]

ISDB supports RMP (Rights management and protection). Since all digital television (DTV) systems carry digital data content, a DVD or high-definition (HD) recorder could easily copy content losslessly. Hollywood requested copy protection; this was the main reason for RMP being mandated. The content has three modes: “copy once”, “copy free” and “copy never”. In “copy once” mode, a program can be stored on a hard disk recorder, but cannot be further copied; only moved to another copy-protected media—and this move operation will mark the content “copy one generation”, which is mandated to permanently prevent further copying. “Copy never” programming may only be timeshifted and cannot be permanently stored. In 2006[17], the Japanese government is evaluating using the Digital Transmission Content Protection (DTCP) "Encryption plus Non-Assertion" mechanism, to allow making multiple copies of digital content between compliant devices.[17]
Receiver

There are two types of ISDB receiver: Television and set-top box. The aspect ratio of an ISDB-receiving television set is 16:9; televisions fulfilling these specs are called Hi-Vision TV. There are four TV types: Cathode ray tube (CRT), plasma display panel (PDP), organic light-emitting diode (OLED) and liquid crystal display (LCD), with LCD being the most popular Hi-Vision TV on the Japanese market nowadays.

The LCD share as measured by JEITA in November 2004 was about 60%. While PDP sets occupy the high end market with units that are over 50 inches (1270 mm), PDP and CRT set shares are about 20% each. CRT sets are considered low end for Hi-Vision. An STB is sometimes referred to as a digital tuner.[citation needed]

All TV broadcasters in Japan is encrypted with Copy-Once, which allows users to record to a digital medium (D-VHS, DVD, HDD, etc.) but does not allow dubbing to another digital medium. On the other hand, the "Copy-Once" technology does not prohibit all types of dubbing. It is possible to dub to an analog medium (such as standard VHS) and if recorded to an HDD, it will allow users to "Move" the contents to a D-VHS, but not copy. In contrast, 1seg digital broadcasts which are for low-bandwidth mobile reception and occupy 1/13th of a digital channel, are transmitted "in the clear" and do not carry copy protection information.

Many users are also very worried about the recent news of severe protection in the future. There are modes in ISDB that do not allow the output of signal from an Analog connector (D-connector, Component, Composite, S-Video, etc.). There are already plans to not allow analog output for "Copyright Protection" reasons. (Same as Blu-ray and HD DVD) This will make all currently sold STB Tuners, and the majority of LCD/Plasma TVs without HDMI inputs unusable. Plus all analog VHS, D-VHS that can only record via analog input, and all DVD players will also become unusable. These more limiting copy protection technologies will all start after analog broadcasting ends (when there won't be any choice for viewers). Currently, no financial assistance schemes have been announced, and viewers without proper devices will be forced to buy a new compatible TV or set top box in order to view ISDB broadcasts. Though not clear, it is said that there are also plans to protect all programs with "Copy-Never".

The copy protection on ISDB broadcasts can be circumvented with the proper hardware and software.[18]

Brazilian standard ISDB-Tb does not implement this copy protection mechanism. For other countries, there are some examples of implementing CAS system (such as verimatrix) by the operators' choice.

The B-CAS card is required to decode all broadcasts in Japan. These cards are included with every digital TV or tuner at no charge. To use this card, the end user must agree to the statement written on the registration card. Despite the fact that the card must be inserted to watch TV, if the end user refuses to accept the terms/conditions contained within the statement, the user cannot watch digital broadcasts. Essentially, users are "forced" to agree with the statement. Though registration is not required, it is recommended to fully enjoy interactive programs. Unregistered B-CAS card displays a watermark in a corner of the screen, suggesting the user to register. However, many viewers worry about the leaking of personal information, and the power/rights the TV stations have to access personal information for almost every citizen in Japan. In case of loss or destruction, new B-CAS card of the same number can be issued for a fee of 2,000 yen.[19]
Services 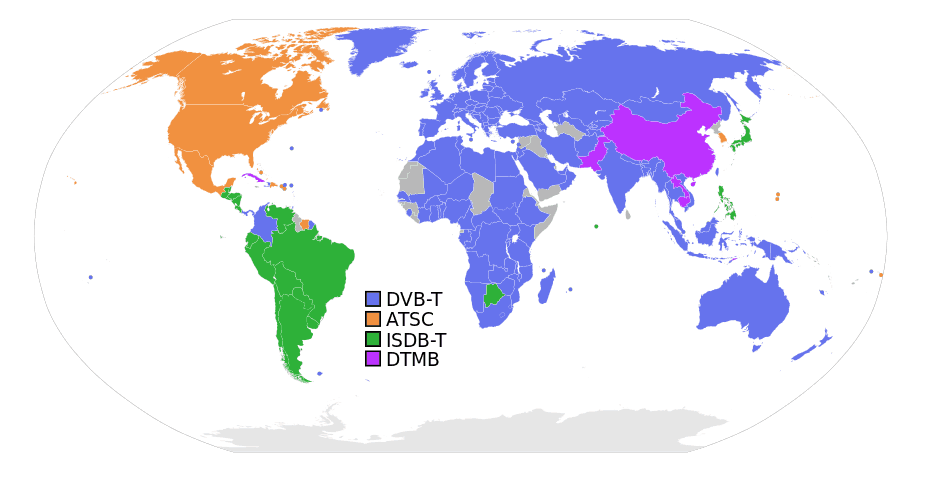