The delivery of television content over Internet Protocol (IP) networks.

Internet Protocol television (IPTV) is the delivery of television content over Internet Protocol (IP) networks. This is in contrast to delivery through traditional terrestrial, satellite, and cable television formats. Unlike downloaded media, IPTV offers the ability to stream the source media continuously. As a result, a client media player can begin playing the content (such as a TV channel) almost immediately. This is known as streaming media.

Although IPTV uses the Internet protocol it is not limited to television streamed from the Internet (Internet television). IPTV is widely deployed in subscriber-based telecommunications networks with high-speed access channels into end-user premises via set-top boxes or other customer-premises equipment. IPTV is also used for media delivery around corporate and private networks. IPTV in the telecommunications arena is notable for its ongoing standardisation process (e.g., European Telecommunications Standards Institute).

IPTV services may be classified into live television and live media, with or without related interactivity; time shifting of media, e.g., catch-up TV (replays a TV show that was broadcast hours or days ago), start-over TV (replays the current TV show from its beginning); and video on demand (VOD) which involves browsing and viewing items of a media catalogue.

Up until the early 1990s, it was not thought possible that a television programme could be squeezed into the limited telecommunication bandwidth of a copper telephone cable to provide a video-on-demand (VOD) television service of acceptable quality, as the required bandwidth of a digital television signal was around 200 Mbps, which was 2,000 times greater than the bandwidth of a speech signal over a copper telephone wire. VOD services were only made possible as a result of two major technological developments: discrete cosine transform (DCT) video compression and asymmetric digital subscriber line (ADSL) data transmission. DCT is a lossy compression technique that was first proposed by Nasir Ahmed in 1972, and was later adapted into a motion-compensated DCT algorithm for video coding standards such as the H.26x formats from 1988 onwards and the MPEG formats from 1991 onwards. Motion-compensated DCT video compression significantly reduced the amount of bandwidth required for a television signal, while at the same time ADSL increased the bandwidth of data that could be sent over a copper telephone wire. ADSL increased the bandwidth of a telephone line from around 100 kbps to 2 Mbps, while DCT compression reduced the required bandwidth of a digital television signal from around 200 Mbps down to about 2 Mbps. The combination of DCT and ADSL technologies made it possible to practically implement VOD services at around 2 Mbps bandwidth in the 1990s.

Internet radio company AudioNet started the first continuous live webcasts with content from WFAA-TV in January 1998 and KCTU-LP on 10 January 1998.

Kingston Communications, a regional telecommunications operator in the UK, launched Kingston Interactive Television (KIT), an IPTV over digital subscriber line (DSL) service in September 1999. The operator added additional VoD service in October 2001 with Yes TV, a VoD content provider. Kingston was one of the first companies in the world to introduce IPTV and IP VoD over ADSL as a commercial service. The service became the reference for various changes to UK Government regulations and policy on IPTV. In 2006, the KIT service was discontinued, subscribers having declined from a peak of 10,000 to 4,000.

In 1999, NBTel (now known as Bell Aliant) was the first to commercially deploy Internet protocol television over DSL in Canada using the Alcatel 7350 DSLAM and middleware created by iMagic TV (owned by NBTel's parent company Bruncor). The service was marketed under the brand VibeVision in New Brunswick, and later expanded into Nova Scotia in early 2000 after the formation of Aliant. iMagic TV was later sold to Alcatel.

In 2002, Sasktel was the second in Canada to commercially deploy IPTV over DSL, using the Lucent Stinger DSL platform.

In 2005, SureWest Communications was the first North American company to offer high-definition television (HDTV) channels over an IPTV service.

In 2005, Bredbandsbolaget launched its IPTV service as the first service provider in Sweden. As of January 2009, they are not the biggest supplier any longer; TeliaSonera, who launched their service later, now has more customers.

In 2007, TPG became the first internet service provider in Australia to launch IPTV. By 2010, iiNet and Telstra launched IPTV services in conjunction to internet plans.

In 2008, Pakistan Telecommunication Company Limited (PTCL) launched IPTV under the brand name of PTCL Smart TV in Pakistan. This service is available in 150 major cities of the country offering 140 live channels.

In 2010, CenturyLink – after acquiring Embarq (2009) and Qwest (2010) – entered five U.S. markets with an IPTV service called Prism. This was after successful test marketing in Florida. 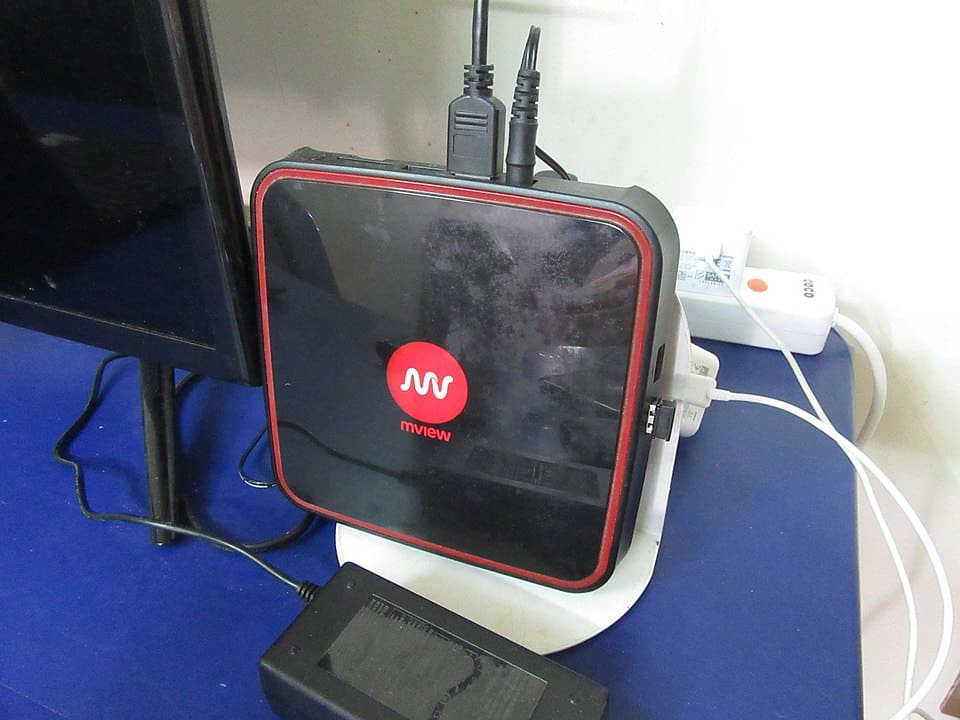