Titles within the main body of a moving image, such as dialogue, continuity, and informational titles. Intertitles are mainly found in silent films.

In films, an intertitle (also known as a title card) is a piece of filmed, printed text edited into the midst of (i.e. inter-) the photographed action at various points. Intertitles used to convey character dialogue are referred to as "dialogue intertitles", and those used to provide related descriptive/narrative material are referred to as "expository intertitles". In modern usage, the terms refer to similar text and logo material inserted at or near the start of films and television shows.

In modern use, intertitles are used to supply an epigraph, such as a poem, or to distinguish various "acts" of a film or multimedia production by use as a title card. However, they are most commonly used as part of a historical drama's epilogue to explain what happened to the depicted characters and events after the conclusion of the story proper.

The development of the soundtrack slowly eliminated their utility as a narrative device (they were common for providing narration, but not dialogue, well into the 1930s), but they are occasionally still used as an artistic device. For instance, intertitles were used as a gimmick in Frasier. The BBC's drama Threads uses them to give location, date and information on distant events beyond Sheffield. Law & Order and its related spinoffs used them to give not only the location, but also the date of the upcoming scene. Guy Maddin is a modern filmmaker known for recreating the style of older films, and uses intertitles appropriately. Some locally produced shows, such as quiz bowl game shows, use animated variations of intertitles to introduce the next round. 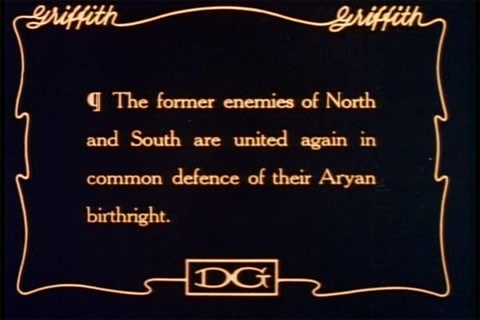 Intertitle
see also
source
Adapted from content published on wikipedia.org
credit
Last modified on October 8, 2019, 7:48 am
previous
next
Videocide.com is a service provided by Codecide, a company located in Chicago, IL USA.