K-14 was the most recent version of the developing process for Kodak's Kodachrome transparency film before its discontinuation (the last revision having been designated Process K-14M). It superseded previous versions of the Kodachrome process used with older films (such as K-12 for Kodachrome II and Kodachrome-X).

The K-14 process differed significantly from its contemporary, the E-6 process, in both complexity and length. Kodachrome film has no integral color couplers; dyes are produced during processing (each color in a separate step) by the reaction of the color couplers with the oxidized developer.

Due to declining sales, Kodak discontinued production of all K-14 chemistry in 2009, concurrently with Kodachrome 64 film. Dwayne's Photo, in Parsons, Kansas, operated the last K-14 line in the world, discontinued sales on December 30, 2010; the last roll was processed on January 18, 2011.

The processing cycle is as follows:

The result is three different color records each with the appropriate dye, just like other color films. The original Kodachrome process in 1935 used dye bleaches and was a far more complex process. Although the formulae have changed over the years, the basic process steps have followed a similar pattern since the introduction of "selective re-exposure" Kodachrome in 1938. 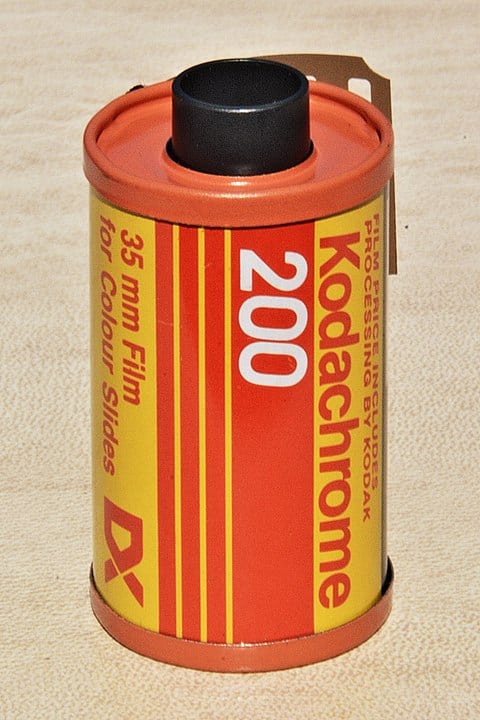 K-14 process
see also
resources
source
Adapted from content published on wikipedia.org
credit
Last modified on May 30, 2021, 11:34 am
previous
next
Videocide.com is a service provided by Codecide, a company located in Chicago, IL USA.