The unit of measurement used for color temperatures.

The Kelvin scale is an absolute thermodynamic temperature scale using as its null point absolute zero, the temperature at which all thermal motion ceases in the classical description of thermodynamics. The kelvin (symbol: K) is the base unit of temperature in the International System of Units (SI).

On 16 November 2018, a new definition was adopted, in terms of a fixed value of the Boltzmann constant. For legal metrology purposes, the new definition officially came into force on 20 May 2019 (the 144th anniversary of the Metre Convention).

The Kelvin scale is named after the Belfast-born, Glasgow University engineer and physicist William Thomson, 1st Baron Kelvin (1824–1907), who wrote of the need for an "absolute thermometric scale". Unlike the degree Fahrenheit and degree Celsius, the kelvin is not referred to or written as a degree. The kelvin is the primary unit of temperature measurement in the physical sciences, but is often used in conjunction with the degree Celsius, which has the same magnitude. The definition implies that absolute zero (0 K) is equivalent to −273.15 °C (−459.67 °F). 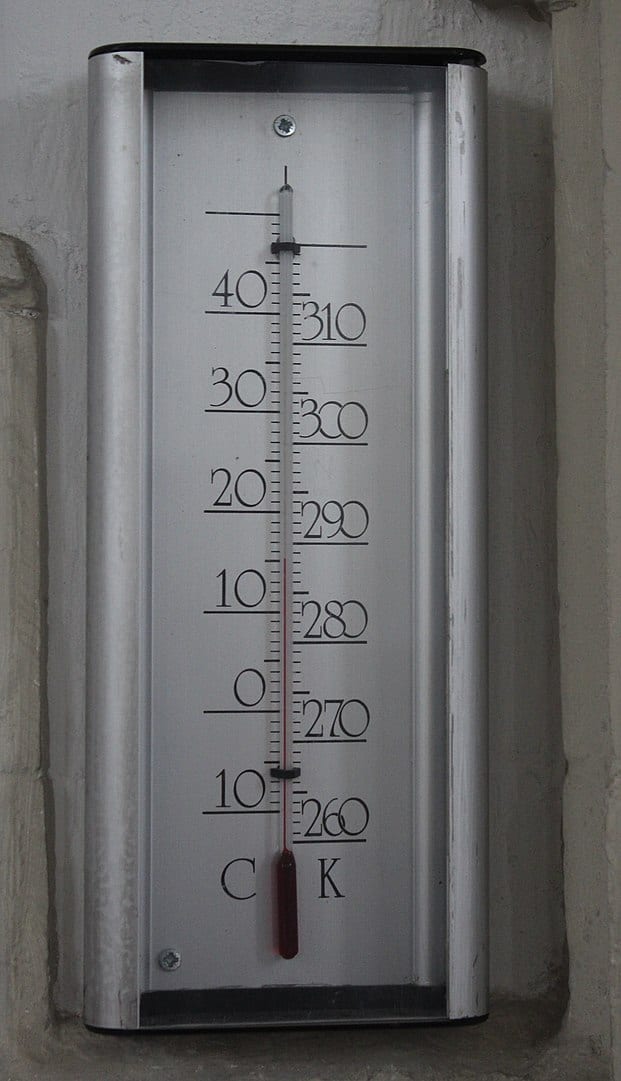 Kelvin
acronymn
see also
source
Adapted from content published on wikipedia.org
Last modified on June 24, 2019, 7:19 am
previous
next
Videocide.com is a service provided by Codecide, a company located in Chicago, IL USA.