Kinemacolor was the first successful color motion picture process, used commercially from 1908 to 1914. It was invented by George Albert Smith in 1906. He was influenced by the work of William Norman Lascelles Davidson and, more directly, Edward Raymond Turner. It was launched by Charles Urban's Urban Trading Co. of London in 1908. From 1909 on, the process was known and trademarked as Kinemacolor. It was a two-color additive color process, photographing and projecting a black-and-white film behind alternating red and green filters. 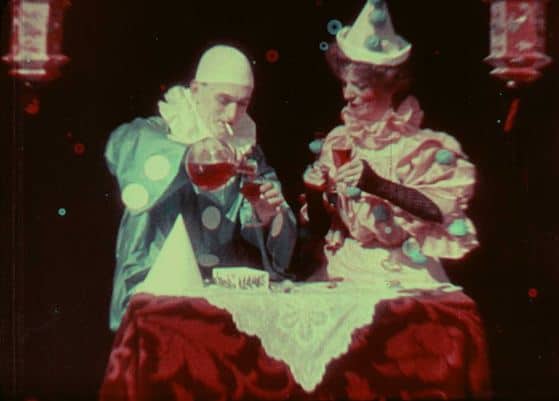 Kinemacolor
see also
source
Adapted from content published on wikipedia.org
credit
Last modified on June 7, 2020, 11:48 am
previous
next
Videocide.com is a service provided by Codecide, a company located in Chicago, IL USA.