LaserDisc (abbreviated as LD) is a home video format and the first commercial optical disc storage medium initially licensed, sold and marketed as MCA DiscoVision in the United States in 1978.

Although the format was capable of offering higher-quality video and audio than its consumer rivals, VHS and Betamax videotape, LaserDisc never managed to gain widespread use in North America, largely due to high costs for the players and video titles themselves and the inability to record TV programs,; however, it eventually did gain some traction in that region and became somewhat popular in the 1990s. It was not a popular format in Europe and Australasia.

By contrast, the format was much more popular in Japan and in the more affluent regions of Southeast Asia, such as Hong Kong, Singapore, and Malaysia, and was the prevalent rental video medium in Hong Kong during the 1990s. Its superior video and audio quality made it a popular choice among videophiles and film enthusiasts during its lifespan. The technologies and concepts behind LaserDisc were the foundation for later optical disc formats including Compact Disc (CD), DVD and Blu-ray (BD).

Optical video recording technology, using a transparent disc, was invented by David Paul Gregg and James Russell in 1963 (and patented in 1970 and 1990). The Gregg patents were purchased by MCA in 1968. By 1969, Philips had developed a videodisc in reflective mode, which has advantages over the transparent mode. MCA and Philips then decided to combine their efforts and first publicly demonstrated the video disc in 1972.

LaserDisc was first available on the market, in Atlanta, Georgia, on December 11, 1978, two years after the introduction of the VHS VCR, and four years before the introduction of the CD (which is based on laserdisc technology). Initially licensed, sold, and marketed as MCA DiscoVision (also known as simply "DiscoVision") in 1978, the technology was previously referred to internally as Optical Videodisc System, Reflective Optical Videodisc, Laser Optical Videodisc, and Disco-Vision (with a hyphen), with the first players referring to the format as "Video Long Play".

Pioneer Electronics later purchased the majority stake in the format and marketed it as both LaserVision (format name) and LaserDisc (brand name) in 1980, with some releases unofficially referring to the medium as "Laser Videodisc". Philips produced the players while MCA produced the discs. The Philips-MCA cooperation was not successful and discontinued after a few years. Several of the scientists responsible for the early research (Richard Wilkinson, Ray Dakin, and John Winslow) founded Optical Disc Corporation (now ODC Nimbus).

In 1979, the Museum of Science and Industry in Chicago opened its "Newspaper" exhibit which used interactive LaserDiscs to allow visitors to search for the front page of any Chicago Tribune newspaper. This was a very early example of public access to electronically stored information in a museum.

In 1984, Sony introduced a LaserDisc format that could store any form of digital data, as a data storage device similar to CD-ROM, with a large capacity 3.28 GiB, comparable to the later DVD-ROM format.

The first LaserDisc title marketed in North America was the MCA DiscoVision release of Jaws on December 15, 1978. The last title released in North America was Paramount's Bringing Out the Dead on October 3, 2000. A dozen or so more titles continued to be released in Japan until September 21, 2001, with the last Japanese released movie was the Hong Kong film Tokyo Raiders from Golden Harvest. Production of LaserDisc players continued until January 14, 2009, when Pioneer stopped making them.

By 2001, LaserDisc was completely replaced by DVD in the North American retail marketplace, as the software was no longer being produced. Players were still exported to North America from Japan until the end of 2001. The format has retained some popularity among American collectors, and to a greater degree in Japan, where the format was better supported and more prevalent during its life. In Europe, LaserDisc always remained an obscure format. It was chosen by the British Broadcasting Corporation (BBC) for the BBC Domesday Project in the mid-1980s, a school-based project to commemorate 900 years since the original Domesday Book in England. From 1991 until the late 1990s, the BBC also used LaserDisc technology to play out its channel idents. Pioneer ceased the production of LaserDisc players on January 14, 2009. 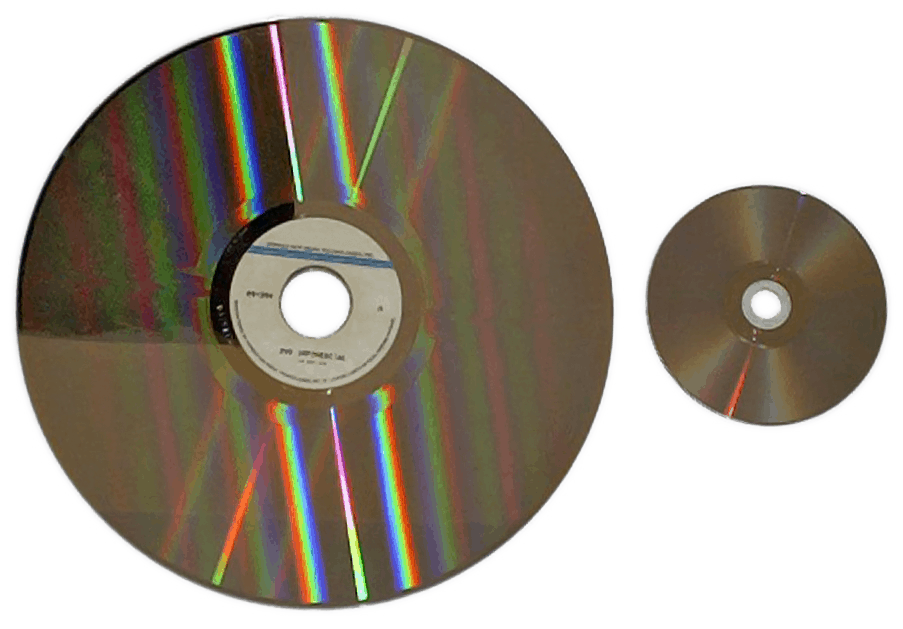