The result of converting a film from widescreen aspect ratio to standard. Letterboxing creates black areas above and below the original clip to make up for missing content.

Letterboxing is the practice of transferring film shot in a widescreen aspect ratio to standard-width video formats while preserving the film's original aspect ratio. The resulting videographic image has mattes (black bars) above and below it; these mattes are part of the image (i.e., of each frame of the video signal). LBX or LTBX are the identifying abbreviations for films and images so formatted. The term refers to the shape of a letter box, a slot in a wall or door through which mail is delivered, being rectangular and wider than it is high.

Letterboxing is used as an alternative to a full-screen, pan-and-scan transfer of a widescreen film image to videotape or videodisc. In pan-and-scan transfers, the original image is cropped to the narrower aspect ratio of the destination format, usually the 1.33:1 (4:3) ratio of the standard television screen, whereas letterboxing preserves the film's original image composition as seen in the cinema. Letterboxing was developed for use in 4:3 television displays before widescreen television screens were available, but it is also necessary to represent on a 16:9 widescreen display the unaltered original composition of a film with a wider aspect ratio, such as Panavision's 2.35:1 ratio.

Letterbox mattes are usually symmetrical (both the top and bottom mattes are roughly similar in size), but in some instances the picture can be elevated so the bottom matte is much larger, usually for the purpose of placing "hard" subtitles within the matte to avoid overlapping of the image. This was often done for letterbox widescreen anime on VHS, though the practice of "hiding" subtitles within the lower matte also is done with symmetrical mattes, albeit with less space available. The placing of "soft" subtitles within the picture or matte varies according to the DVD player being used, though it appears to be dependent on the movie for Blu-ray disc. 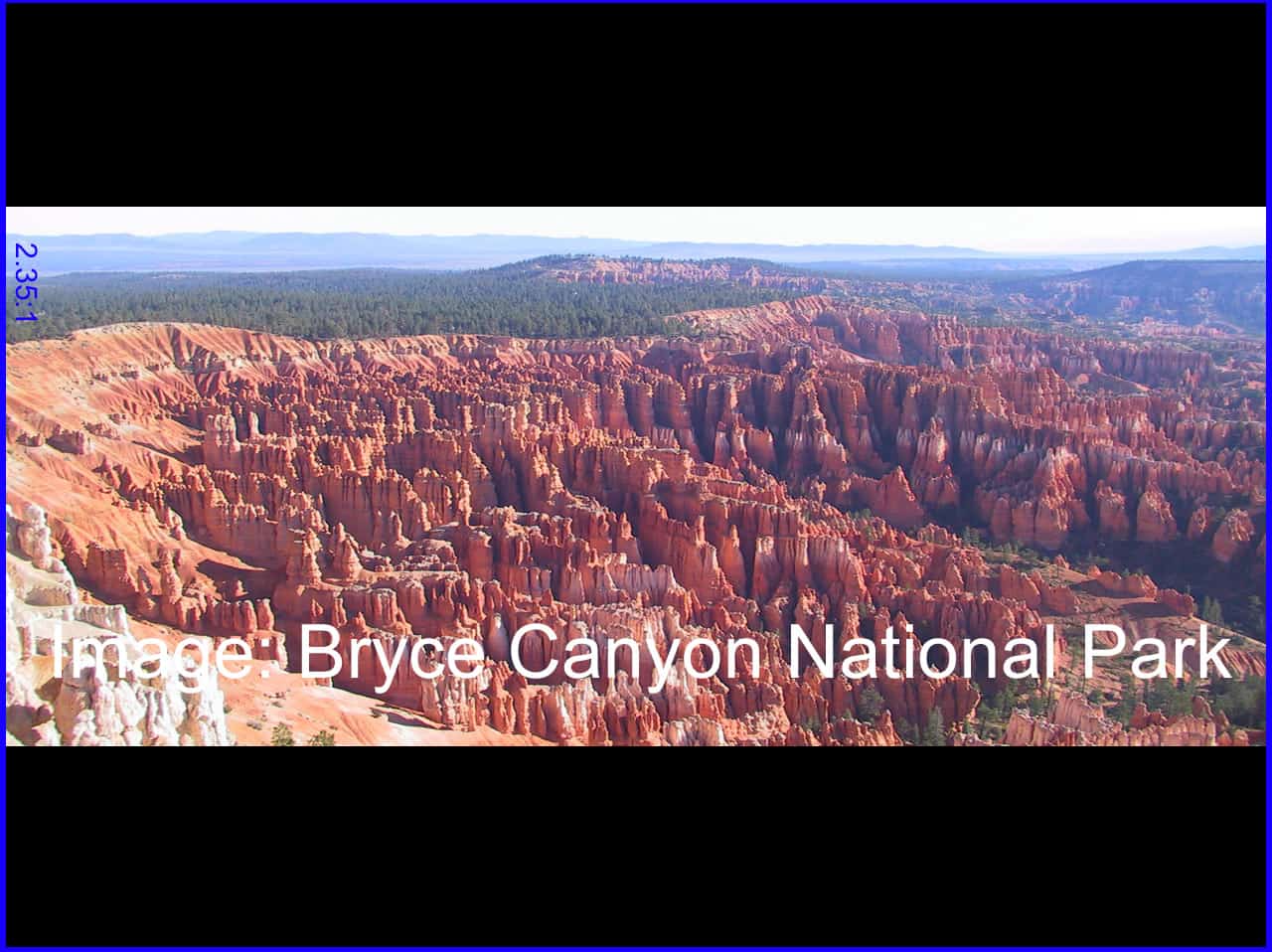 glossary_ L - 400
also known as
see also
source
Adapted from content published on wikipedia.org
Last modified on May 19, 2019, 1:56 pm
previous
next
Videocide.com is a service provided by Codecide, a company located in Chicago, IL USA.