A solid-state component that emits light when exposed to electric current.

Appearing as practical electronic components in 1962, the earliest LEDs emitted low-intensity infrared light. Infrared LEDs are used in remote-control circuits, such as those used with a wide variety of consumer electronics. The first visible-light LEDs were of low intensity and limited to red. Modern LEDs are available across the visible, ultraviolet, and infrared wavelengths, with high light output.

Unlike a laser, the light emitted from an LED is neither spectrally coherent nor even highly monochromatic. However, its spectrum is sufficiently narrow that it appears to the human eye as a pure (saturated) color. Nor, unlike most lasers, is its radiation spatially coherent, so that it cannot approach the very high brightness characteristic of lasers. 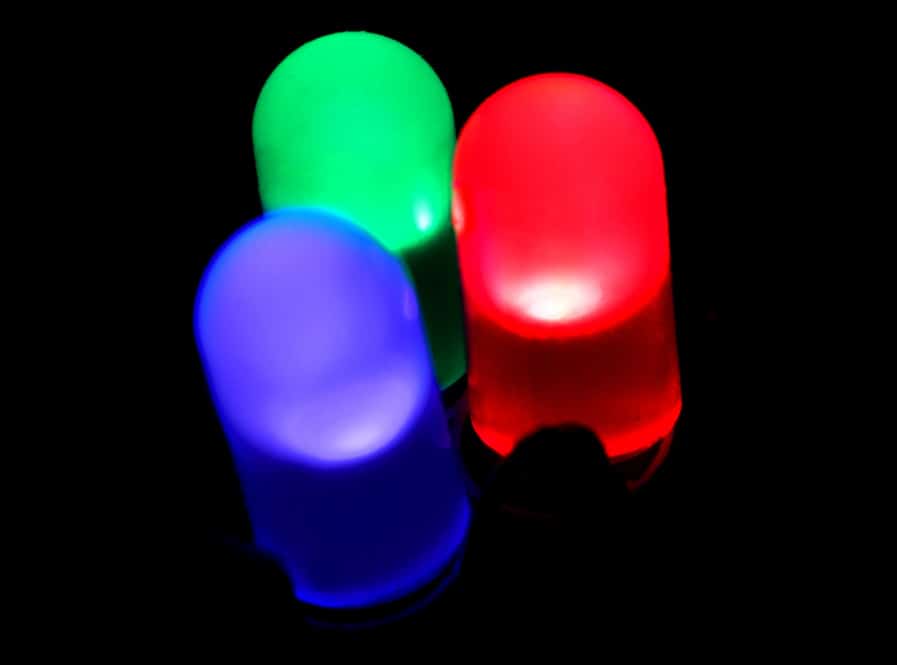