Exposure meter
A device used to measure the amount of light.

A light meter is a device used to measure the amount of light. In photography, a light meter (more correctly an exposure meter) is used to determine the proper exposure for a photograph. The meter will include either a digital or analog calculator which displays the correct shutter speed and f-number for optimum exposure, given a certain lighting situation and film speed. Similarly, exposure meters are also used in the fields of cinematography and scenic design, in order to determine the optimum light level for a scene.

Light meters are used in the general field of architectural lighting design to verify the proper installation and performance of a building lighting system, and in assessing the light levels for growing plants.

The earliest type of light meters was called extinction meters and contained a numbered or lettered row of neutral density filters of increasing density. The photographer would position the meter in front of his subject and note the filter with the greatest density that still allowed incident light to pass through. The letter or number corresponding to the filter was used as an index into a chart of appropriate aperture and shutter speed combinations for a given film speed.

Extinction meters suffered from the problem that they depended on the light sensitivity of the human eye (which can vary from person to person) and subjective interpretation.

Later meters removed the human element and relied on technologies incorporating selenium, CdS, and silicon photodetectors.
Analog handheld light meter - Gossen Lunasix 3 (in the US: Luna Pro S); available from 1961-1977
An automatic light meter/exposure unit from an 8 mm movie camera, based on a galvanometer mechanism (center) and a CdS photoresistor, in the opening at left.

Selenium and silicon light meters use sensors that are photovoltaic: they generate a voltage proportional to light exposure. Selenium sensors generate enough voltage for direct connection to a meter; they need no battery to operate and this made them very convenient in completely mechanical cameras. Selenium sensors however cannot measure low light accurately (ordinary lightbulbs can take them close to their limits) and are altogether unable to measure very low light, such as candlelight, moonlight, starlight, etc. Silicon sensors need an amplification circuit and require a power source such as batteries to operate. CdS light meters use a photoresistor sensor whose electrical resistance changes proportionately to light exposure. These also require a battery to operate. Most modern light meters use silicon or CdS sensors. They indicate the exposure either with a needle galvanometer or on an LCD screen.

Many modern consumers still and video cameras include a built-in meter that measures a scene-wide light level and are able to make an approximate measure of appropriate exposure based on that. Photographers working with controlled lighting and cinematographers use handheld light meters to precisely measure the light falling on various parts of their subjects and use suitable lighting to produce the desired exposure levels.

This pitfall (but not in the setting-sun case) is avoided by incident-light meters which measure the amount of light falling on the subject using an integrating sphere (usually, a translucent hemispherical plastic dome is used to approximate this) placed on top of the light sensor. Because the incident-light reading is independent of the subject's reflectance, it is less likely to lead to incorrect exposures for subjects with unusual average reflectance. Taking an incident-light reading requires placing the meter at the subject's position and pointing it in the general direction of the camera, something not always achievable in practice, e.g., in landscape photography where the subject distance approaches infinity.

Another way to avoid under-exposure or over-exposure for subjects with unusual reflectance is to use a spot meter: a reflected-light meter that measures light in a very tight cone, typically with a one-degree circular angle of view. An experienced photographer can take multiple readings over the shadows, midrange, and highlights of the scene to determine optimal exposure, using systems like the Zone System.

Many modern cameras include sophisticated multi-segment metering systems that measure the luminance of different parts of the scene to determine the optimal exposure. When using a film whose spectral sensitivity is not a good match to that of the light meter, for example, orthochromatic black-and-white or infrared film, the meter may require special filters and re-calibration to match the sensitivity of the film. 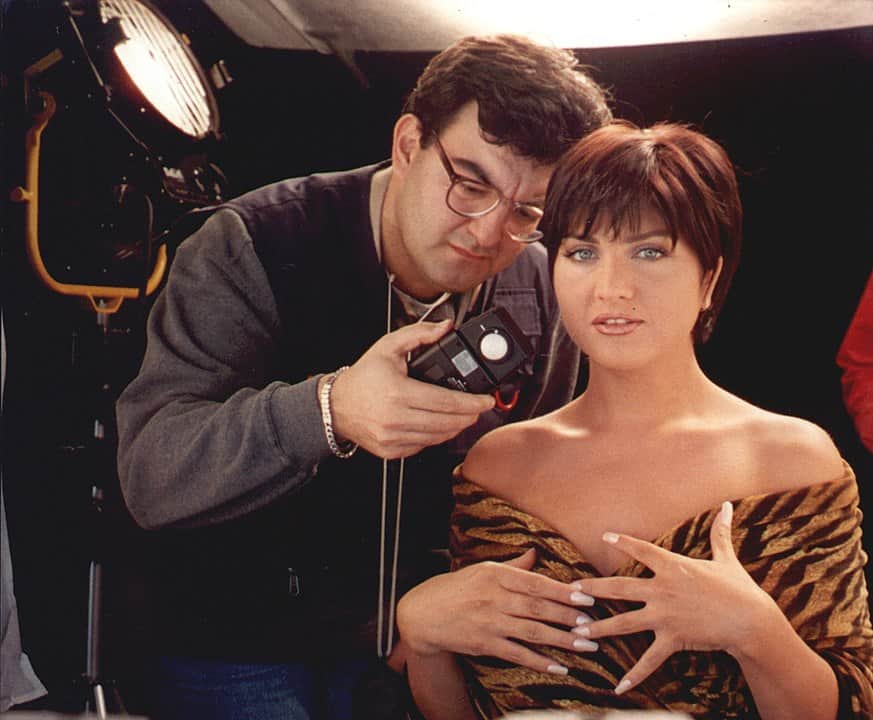