Filming a scene while the camera is fixed to keep the image motionless.

Filming a scene while the camera is fixed to keep the image motionless.

Film editing is both a creative and a technical part of the post-production process of filmmaking. The term is derived from the traditional process of working with film which increasingly involves the use of digital technology.

The film editor works with the raw footage, selecting shots and combining them into sequences which create a finished motion picture. Film editing is described as an art or skill, the only art that is unique to cinema, separating filmmaking from other art forms that preceded it, although there are close parallels to the editing process in other art forms such as poetry and novel writing. Film editing is often referred to as the "invisible art"[1] because when it is well-practiced, the viewer can become so engaged that he or she is not aware of the editor's work.

On its most fundamental level, film editing is the art, technique and practice of assembling shots into a coherent sequence. The job of an editor is not simply to mechanically put pieces of a film together, cut off film slates or edit dialogue scenes. A film editor must creatively work with the layers of images, story, dialogue, music, pacing, as well as the actors' performances to effectively "re-imagine" and even rewrite the film to craft a cohesive whole. Editors usually play a dynamic role in the making of a film. Sometimes, auteurist film directors edit their own films, for example, Akira Kurosawa, Bahram Beyzai and the Coen brothers.

With the advent of digital editing, film editors and their assistants have become responsible for many areas of filmmaking that used to be the responsibility of others. For instance, in past years, picture editors dealt only with just that—picture. Sound, music, and (more recently) visual effects editors dealt with the practicalities of other aspects of the editing process, usually under the direction of the picture editor and director. However, digital systems have increasingly put these responsibilities on the picture editor. It is common, especially on lower budget films, for the editor to sometimes cut in temporary music, mock up visual effects and add temporary sound effects or other sound replacements. These temporary elements are usually replaced with more refined final elements produced by the sound, music and visual effects teams hired to complete the picture.

Early films were short films that were one long, static, and locked-down shot. Motion in the shot was all that was necessary to amuse an audience, so the first films simply showed activity such as traffic moving along a city street. There was no story and no editing. Each film ran as long as there was film in the camera. 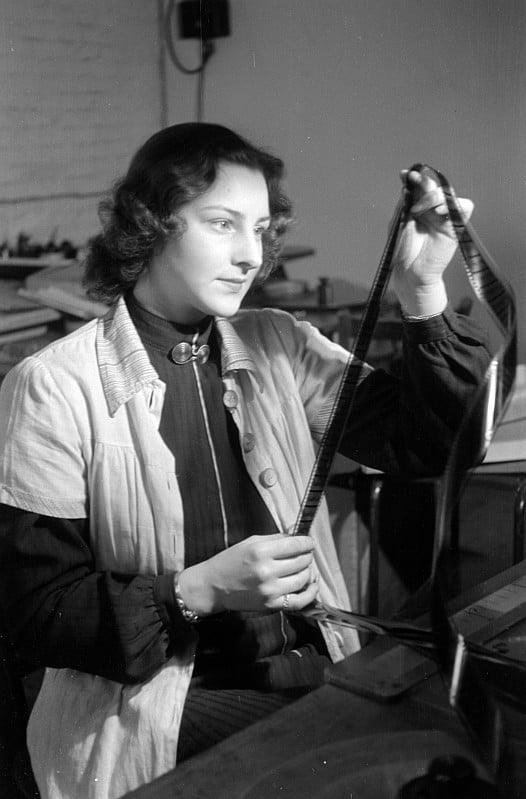