A measurement of the luminous intensity per unit area of light travelling in a given direction.

Luminance is a photometric measure of the luminous intensity per unit area of light travelling in a given direction. It describes the amount of light that passes through, is emitted or reflected from a particular area, and falls within a given solid angle. The SI unit for luminance is candela per square metre (cd/m2). A non-SI term for the same unit is the nit. The CGS unit of luminance is the stilb, which is equal to one candela per square centimetre or 10 kcd/m2.

Luminance is often used to characterize emission or reflection from flat, diffuse surfaces. The luminance indicates how much luminous power will be detected by an eye looking at the surface from a particular angle of view. Luminance is thus an indicator of how bright the surface will appear. In this case, the solid angle of interest is the solid angle subtended by the eye's pupil. Luminance is used in the video industry to characterize the brightness of displays. A typical computer display emits between 50 and 300 cd/m2. The sun has a luminance of about 1.6×109 cd/m2 at noon.

Luminance is invariant in geometric optics. This means that for an ideal optical system, the luminance at the output is the same as the input luminance. For real, passive, optical systems, the output luminance is at most equal to the input. As an example, if one uses a lens to form an image that is smaller than the source object, the luminous power is concentrated into a smaller area, meaning that the illuminance is higher at the image. The light at the image plane, however, fills a larger solid angle so the luminance comes out to be the same assuming there is no loss at the lens. The image can never be "brighter" than the source. 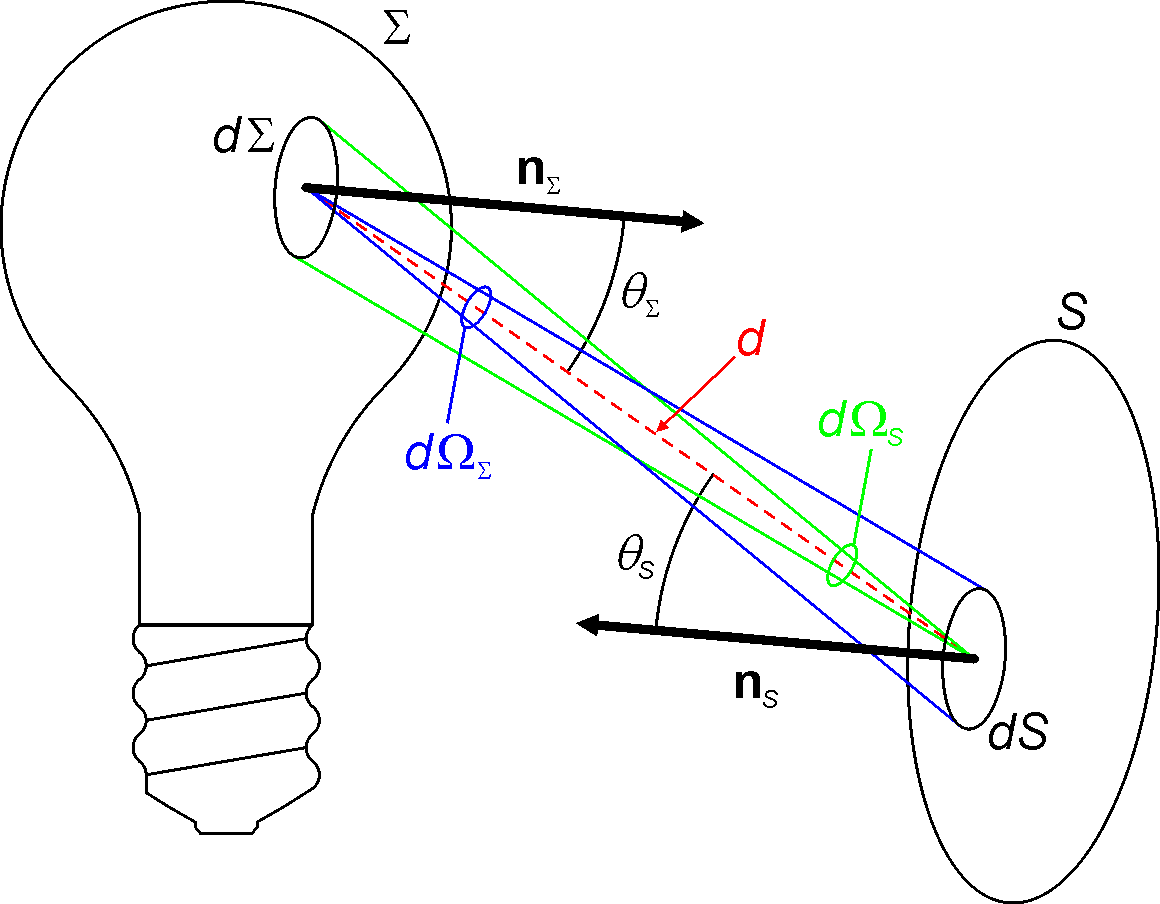 glossary_ L - 400
also known as
see also
source
Adapted from content published on wikipedia.org
Last modified on May 18, 2019, 10:03 am
previous
next
Videocide.com is a service provided by Codecide, a company located in Chicago, IL USA.