A cut made on action or movement between two shots in which the action has been overlapped either by repetition of the action or by the use of more than one camera.

In film, a match cut is a cut from one shot to another where the two shots are matched by the action or subject and subject matter. For example, in a duel a shot can go from a long shot on both contestants via a cut to a medium closeup shot of one of the duellists. The cut matches the two shots and is consistent with the logic of the action. This is a standard practice in film-making, to produce a seamless reality-effect.

A match cut contrasts with the conspicuous and abrupt discontinuity of a jump cut. 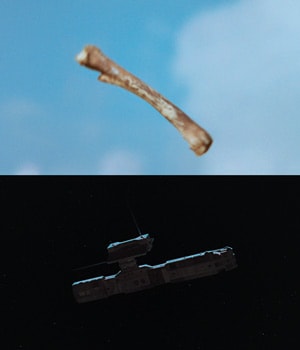 Match cut
also known as
see also
source
Adapted from content published on wikipedia.org
Last modified on June 27, 2019, 8:18 am
previous
next
Videocide.com is a service provided by Codecide, a company located in Chicago, IL USA.