A family of multi-pin electrical connectors used in a variety of applications.

The mini-DIN connectors are a family of multi-pin electrical connectors used in a variety of applications. Mini-DIN is similar to the larger, older DIN connector. Both are standards of the Deutsches Institut für Normung, the German standards body.

Mini-DIN connectors are 9.5 millimeters (3⁄8 in) in diameter and come in seven patterns, with the number of pins from three to nine. Each pattern is keyed in such a way that a plug with one pattern cannot be mated with any socket of another pattern. An important aspect of why each of these 7 mini-DIN connectors is official standards is that they are each drastically different from the other, with no simultaneously and directly overlapping similarities in (1) pin arrangement, (2) square key size and position, (3) circular shielding metal skirt notches and metallic additions - unlike the nonstandard mini-DIN connectors which may have directly overlapping characteristics to each other or to the standard mini-DIN connectors.

Some notable examples of standard mini-DIN connectors include: 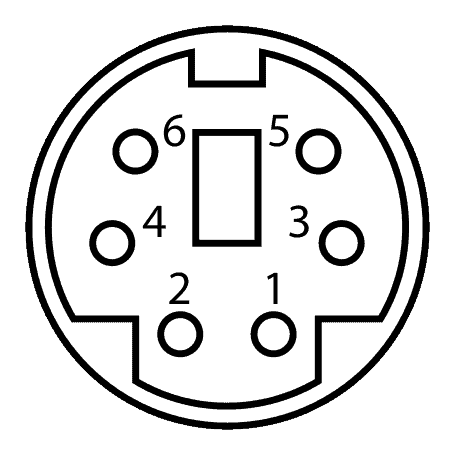 Mini-DIN
see also
source
Adapted from content published on wikipedia.org
credit
Last modified on June 1, 2020, 6:53 am
previous
next
Videocide.com is a service provided by Codecide, a company located in Chicago, IL USA.