The use of motion to gain different viewpoints and create a 3D-like representation.

Motion parallax is the use of motion to gain different viewpoints and create a 3D-like representation.

The word parallax means a displacement or difference in the apparent position of an object viewed along two different lines of sight and is measured by the angle or semi-angle of inclination between those two lines. Due to foreshortening, nearby objects show a larger parallax than farther objects when observed from different positions, so parallax can be used to determine distances.

To measure large distances, such as the distance of a planet or a star from Earth, astronomers use the principle of parallax. Here, the term parallax is the semi-angle of inclination between two sight-lines to the star, as observed when Earth is on opposite sides of the Sun in its orbit. These distances from the lowest rung of what is called "the cosmic distance ladder", the first in a succession of methods by which astronomers determine the distances to celestial objects, serving as a basis for other distance measurements in astronomy forming the higher rungs of the ladder.

Parallax also affects optical instruments such as rifle scopes, binoculars, microscopes, and twin-lens reflex cameras that view objects from slightly different angles. Many animals, along with humans, have two eyes with overlapping visual fields that use parallax to gain depth perception; this process is known as stereopsis. In computer vision, the effect is used for computer stereo vision, and there is a device called a parallax rangefinder that uses it to find the range, and in some variations also the altitude to a target.

A simple everyday example of parallax can be seen in the dashboard of motor vehicles that use a needle-style non-LCD speedometer gauge. When viewed from directly in front, the speed may show exactly 60, but when viewed from the passenger seat, the needle may appear to show a slightly different speed, due to the angle of viewing.

In this photograph, the Sun is visible above the top of the streetlight. In the reflection on the water, the Sun appears in line with the streetlight because the virtual image is formed from a different viewing position.

As the eyes of humans and other animals are in different positions on the head, they present different views simultaneously. This is the basis of stereopsis, the process by which the brain exploits the parallax due to the different views from the eye to gain depth perception and estimate distances to objects. Animals also use motion parallax, in which the animals (or just the head) move to gain different viewpoints. For example, pigeons (whose eyes do not have overlapping fields of view and thus cannot use stereopsis) bob their heads up and down to see depth.

The motion parallax is exploited also in wiggle stereoscopy, computer graphics that provide depth cues through viewpoint-shifting animation rather than through binocular vision. 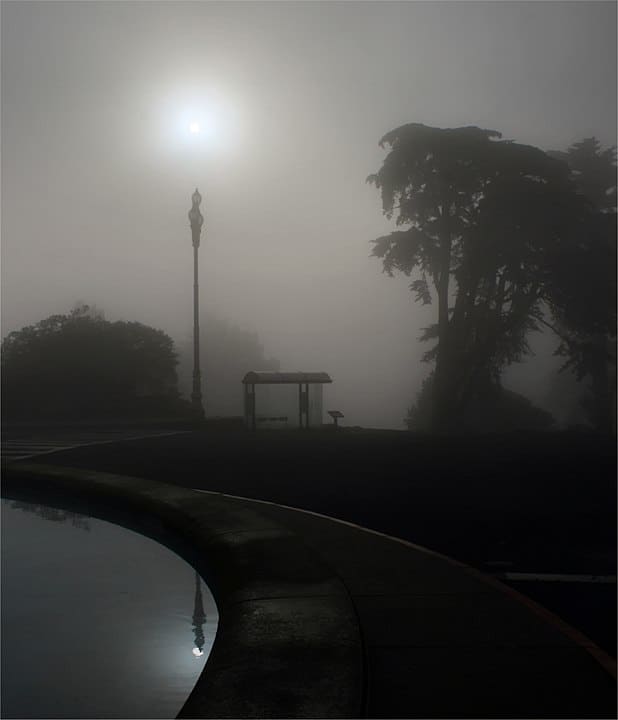