A free and open-source media player software. It is available for Linux, OS X, and Microsoft Windows.

MPlayer is a free and open-source media player software. It is available for Linux, OS X, and Microsoft Windows. Versions for OS/2, Syllable, AmigaOS, MorphOS and AROS Research Operating System are also available. A port for DOS using DJGPP is also available. Versions for the Wii Homebrew Channel and Amazon Kindle have also been developed.

The development of MPlayer began in 2000. The original author, Hungarian Árpád Gereöffy, started the project because he was unable to find any satisfactory video players for Linux after XAnim stopped development in 1999. The first version was titled mpg12play v0.1 and was hacked together in a half-hour using libmpeg3 from www.heroinewarrior.com. After mpg12play v0.95pre5, the code was merged with an AVI player based on avifile's Win32 DLL loader to form MPlayer v0.3 in November 2000. Gereöffy was soon joined by many other programmers, in the beginning mostly from Hungary, but later worldwide.

Alex Beregszászi has maintained MPlayer since 2003 when Gereöffy left MPlayer development to begin work on a second-generation MPlayer. The MPlayer G2 project was abandoned, and all the development effort was put on MPlayer 1.0.

There are various SIP blocks that can accelerate video decoding computation in several formats, including PureVideo, UVD, QuickSync Video, TI Ducati, and others.
Capabilities and classification

MPlayer can play a wide variety of media formats, namely any format supported by FFmpeg libraries, and can also save all streamed content to a file locally.

A companion program, called MEncoder, can take an input stream, file or a sequence of picture files, and transcode it into several different output formats, optionally applying various transforms along the way. 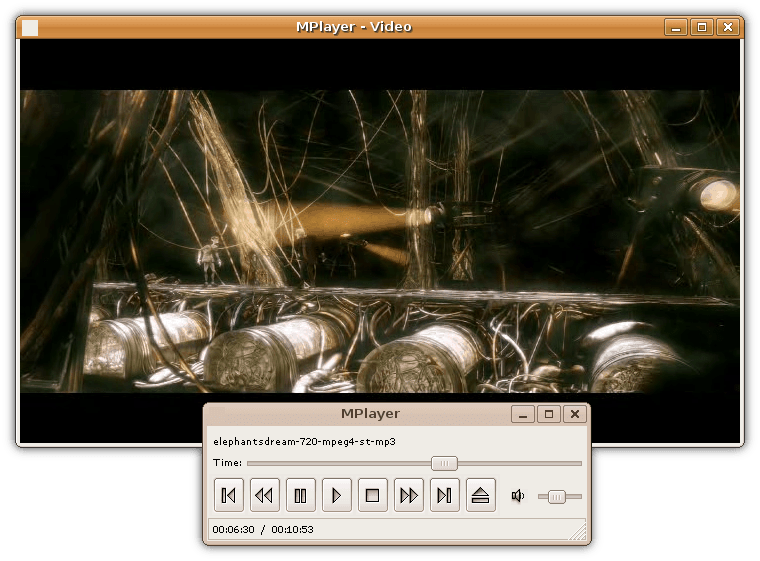