Multiscan monitor
A monitor which synchronizes to different video signal sync frequencies, allowing its use with various computer video outputs.

Multiscan monitors appeared during the late 1980s, offering flexibility as computers moved from earlier standards such as PAL, NTSC and CGA to higher scan-rate standards such as EGA, VGA and SVGA. Normally, a different fixed-frequency monitor was required for each of these standards.

With the introduction of SVGA, multiscan monitors became standard for personal computers supporting a range of resolutions and refresh rates. A typical screen resolution of the late 1990s was 1024x768 at 85 Hz, requiring a horizontal scan rate over 68 kHz, yet during system boot the POST display and operating system splash screen would be displayed at the standard VGA 31 kHz. Many MS-DOS and Windows computer games of the time would also switch to a lower resolution for greater compatibility, more colours, improved performance or to reduce the video memory required by the frame buffer.

Depending on the design of the monitor, there may be several discrete frequencies supported. For example, a monitor designed for use with CGA, EGA and VGA standards could elect to support 15 kHz, 23 kHz and 31 kHz horizontal scan rates. Alternatively, the monitor may be designed to support a continuous range from 15 kHz to 31 kHz.

A multiscan monitor does not need to support all possible video formats. Most modern multiscan computer monitors support a nearly-continuous range of horizontal scan frequencies from 31 kHz up to 100 kHz+, omitting support for the older 15 kHz - 23 kHz standards.

Fixed-frequency CRT monitors, and multiscan CRT monitors that only support a set of frequencies, may upon receiving scan frequencies outside design limits cause damage to the monitor. This is especially true for horizontal scanrate, which in CRT monitors is associated with higher voltages and power levels. A resonant circuit is commonly employed, restricting the allowable horizontal scan rates to one or more very narrow ranges. Not all fixed-frequency monitors are vulnerable to damage, but it is never safe to assume this. Most modern multiscan monitors are microprocessor controlled and will refuse to attempt to synchronise to an unsupported scan rate, which usually protects them from damage.

It is important to remember that when the "refresh rate" setting in a computer operating system is increased, both the horizontal and vertical scan rates increase together. Even although monitors are relatively tolerant of a range of vertical refresh rates, it may take the horizontal scan rate out of range and potentially cause damage.

The terms "multisync" or "multiscan" do not apply to LCD monitors in the same way they do to CRT monitors. LCD monitors are fixed-pixel monitors. For compatibility with boot screens and legacy software, stand-alone LCD monitors are usually required to support VGA scan rates in addition to their native resolution. In order to support the lower resolutions, a circuit is used to convert the incoming signal to the monitor's native resolution. The resulting image either appears in a small 1:1 pixel mapped window, or more commonly is stretched to fill the screen. In the latter case, the circuitry is referred to as a scaler.

MultiSync is a trademark of NEC. Sony uses the name "Multiscan" and "MultiFormat" instead, and Samsung uses "SyncMaster". 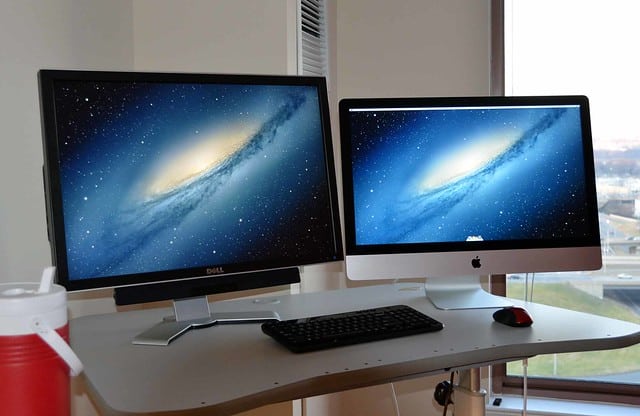 Multisync monitor
also known as
see also
source
Adapted from content published on wikipedia.org
Last modified on August 22, 2019, 1:18 am
previous
next
Videocide.com is a service provided by Codecide, a company located in Chicago, IL USA.