MIDI
A protocol that allows synthesizers and computers to communicate with and/or control each other in real time to produce sound.

MIDI (/ˈmɪdi/; short for Musical Instrument Digital Interface) is a technical standard that describes a communications protocol, digital interface, and electrical connectors that connect a wide variety of electronic musical instruments, computers, and related audio devices for playing, editing and recording music. A single MIDI link through a MIDI cable can carry up to sixteen channels of information, each of which can be routed to a separate device or instrument. This could be sixteen different digital instruments, for example.

MIDI carries event messages, data that specify the instructions for music, including a note's notation, pitch, velocity (which is heard typically as loudness or softness of volume), vibrato, panning to the right or left of stereo, and clock signals (which set tempo). When a musician plays a MIDI instrument, all of the key presses, button presses, knob turns and slider changes are converted into MIDI data. One common MIDI application is to play a MIDI keyboard or other controller and use it to trigger a digital sound module (which contains synthesized musical sounds) to generate sounds, which the audience hears produced by a keyboard amplifier. MIDI data can be transferred via MIDI cable, or recorded to a sequencer to be edited or played back.:4

A file format that stores and exchanges the data is also defined. Advantages of MIDI include small file size, ease of modification and manipulation and a wide choice of electronic instruments and synthesizer or digitally-sampled sounds. A MIDI recording of a performance on a keyboard could sound like a piano or other keyboard instrument; however, since MIDI records the messages and information about their notes and not the specific sounds, this recording could be changed to many other sounds, ranging from synthesized or sampled guitar or flute to full orchestra. A MIDI recording is not an audio signal, as with a sound recording made with a microphone.

Prior to the development of MIDI, electronic musical instruments from different manufacturers could generally not communicate with each other. This meant that a musician could not, for example, plug a Roland keyboard into a Yamaha synthesizer module. With MIDI, any MIDI-compatible keyboard (or other controller device) can be connected to any other MIDI-compatible sequencer, sound module, drum machine, synthesizer, or computer, even if they are made by different manufacturers.

MIDI technology was standardized in 1983 by a panel of music industry representatives, and is maintained by the MIDI Manufacturers Association (MMA). All official MIDI standards are jointly developed and published by the MMA in Los Angeles, and the MIDI Committee of the Association of Musical Electronics Industry (AMEI) in Tokyo. In 2016, the MMA established the MIDI Association (TMA) to support a global community of people who work, play, or create with MIDI. 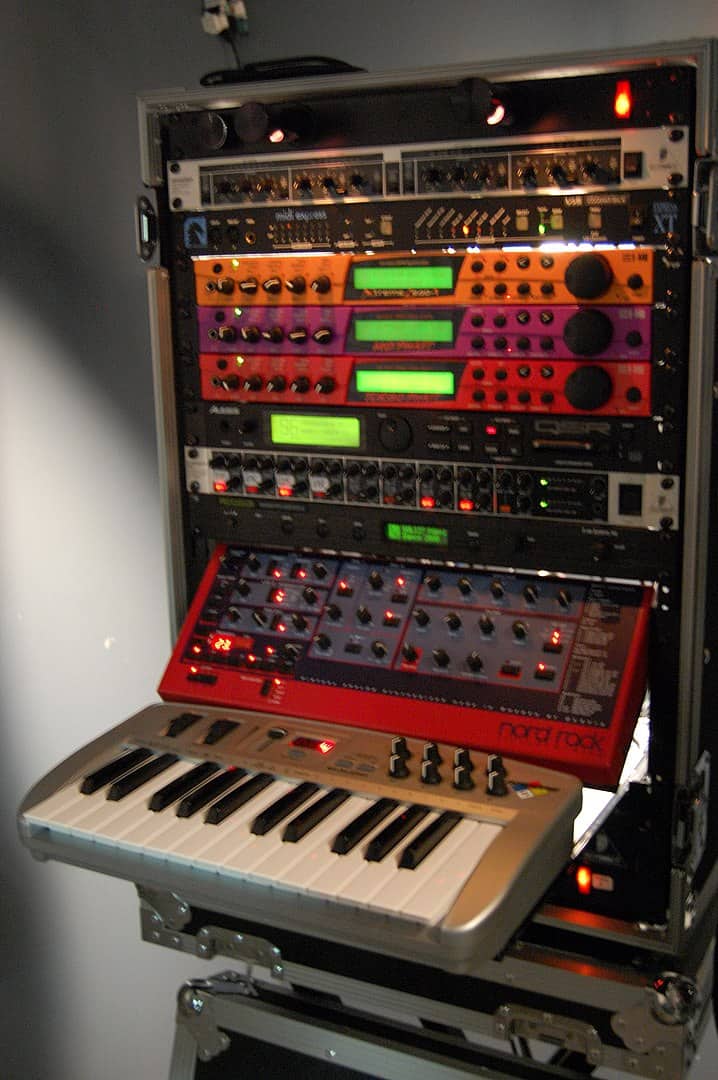