The N connector (also, type-N connector) is a threaded, weatherproof, medium-size RF connector used to join coaxial cables. It was one of the first connectors capable of carrying microwave-frequency signals and was invented in the 1940s by Paul Neill of Bell Labs, after whom the connector is named.

The interface specifications for the N and many other connectors are referenced in MIL-STD-348. Originally, the connector was designed to carry signals at frequencies up to 1 GHz in military applications, but today's common Type N easily handles frequencies up to 11 GHz. More recent precision enhancements to the design by Julius Botka at Hewlett Packard have pushed this to 18 GHz. The male connector is hand-tightened (though versions with a hex nut are also available) and has an air gap between the center and outer conductors. The coupling has a 5/8-24 UNEF thread. Amphenol suggests tightening to a torque of 15 inch-pounds (1.7 N⋅m), while Andrew Corporation suggests 20 inch-pounds (2.3 N⋅m) for their hex nut variant. As torque limit depends only on thread quality and cleanliness, whereas the main operational requirement is good RF contact without significant steps or gaps, these values should be seen as indicative rather than critical. 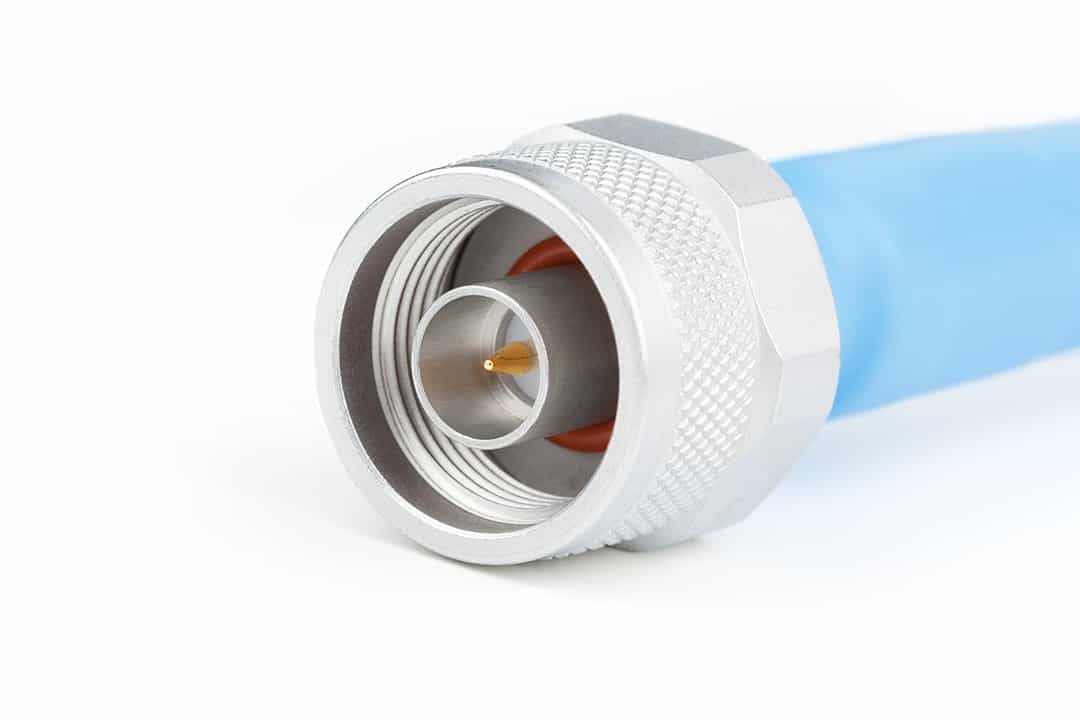 N connector
see also
source
Adapted from content published on wikipedia.org
credit
Last modified on June 3, 2020, 11:12 am
previous
next
Videocide.com is a service provided by Codecide, a company located in Chicago, IL USA.