In analog video, a random flicker of dots or snow-like patterns resulting from electronic and radiated electromagnetic interferences accidentally picked up by the antenna.

Noise, in analog video and television, is a random dot pixel pattern of static displayed when no transmission signal is obtained by the antenna receiver of television sets and other display devices. The random pattern superimposed on the picture, visible as a random flicker of "dots" or "snow", is the result of electronic noise and radiated electromagnetic noise accidentally picked up by the antenna. This effect is most commonly seen with analog TV sets or blank VHS tapes.

There are many sources of electromagnetic noise which cause the characteristic display patterns of static. Atmospheric sources of noise are the most ubiquitous, and include electromagnetic signals prompted by cosmic microwave background radiation, or more localized radio wave noise from nearby electronic devices.

The display device itself is also a source of noise, due in part to thermal noise produced by the inner electronics. Most of this noise comes from the first transistor the antenna is attached to.

UK viewers used to see "snow" on black after sign-off, instead of "bugs" on white, a purely technical artifact due to old 405-line British senders using positive rather than the negative video modulation used in Canada, the U.S., and (currently) the UK as well. Since one impression of the "snow" is of fast-flickering black bugs on a white background, the phenomenon is often called myrornas krig in Swedish, myrekrig in Danish, hangyák háborúja in Hungarian, and semut bertengkar in Indonesian, which all translate to "war of the ants". It is also known as ekran karıncalanması in Turkish, meaning "ants on the screen", hangyafoci in Hungarian which means "ant football", and in Romanian, purici, which translates into "fleas".

Most modern televisions automatically change to a blue or black screen, or turn to standby after some time if static is present. 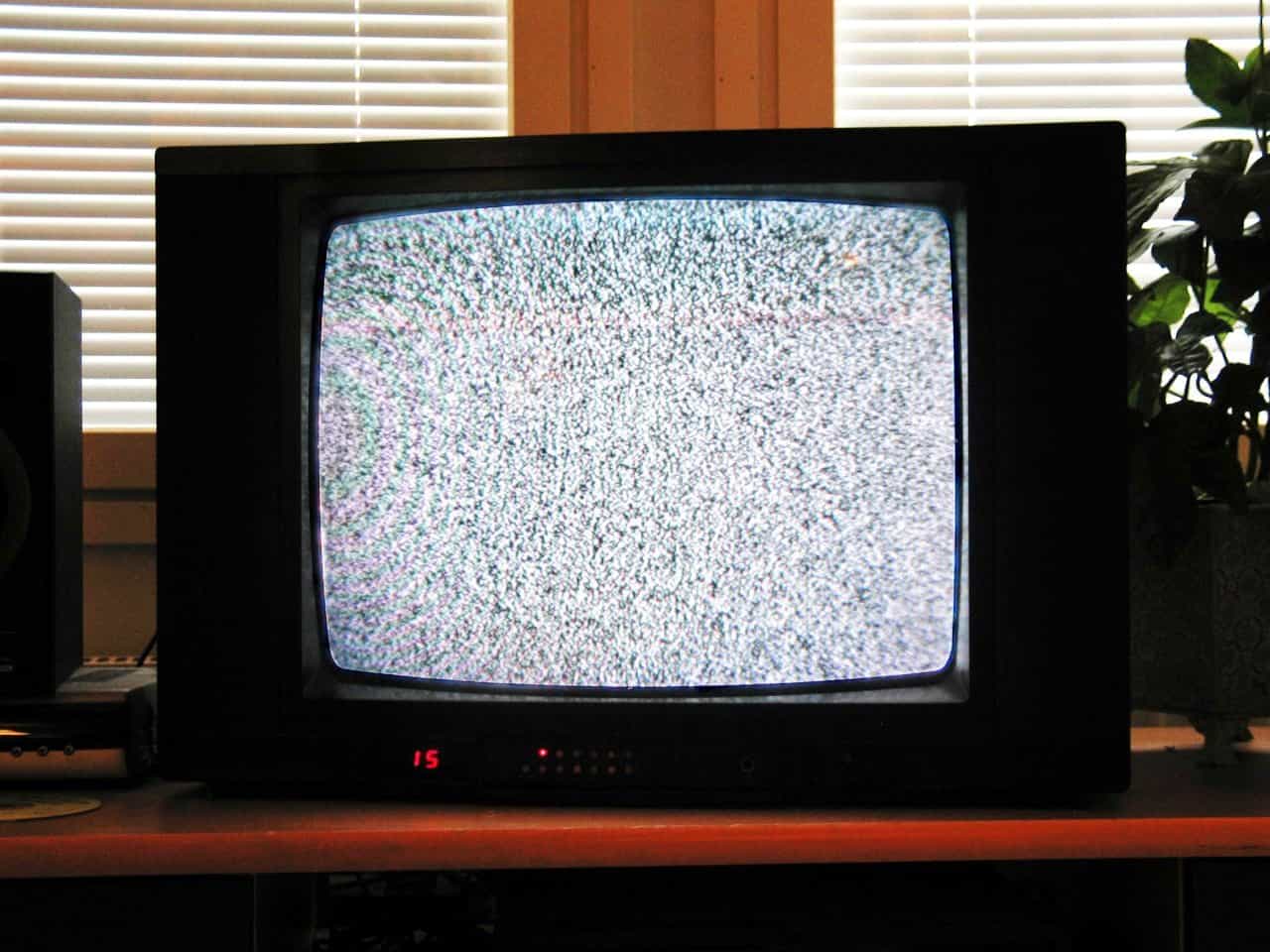 glossary_ N - 400
also known as
see also
source
Adapted from content published on wikipedia.org
Last modified on May 18, 2019, 11:38 pm
previous
next
Videocide.com is a service provided by Codecide, a company located in Chicago, IL USA.