A form of audio, video, and image editing in which the original content is not modified in the course of editing.

Non-destructive editing is a form of audio, video, and image editing in which the original content is not modified in the course of editing; instead the edits are specified and modified by specialized software. A pointer-based playlist, effectively an edit decision list (EDL), for video or a directed acyclic graph for still images is used to keep track of edits. Each time the edited audio, video, or image is rendered, played back, or accessed, it is reconstructed from the original source and the specified editing steps. Although this process is more computationally intensive than directly modifying the original content, changing the edits themselves can be almost instantaneous, and it prevents further generation loss as the audio, video, or image is edited.

A non-linear editing system (NLE) is a video (NLVE) or audio editing (NLAE) digital audio workstation (DAW) system that performs non-destructive editing on source material. The name is in contrast to 20th-century methods of linear video editing and film editing.

A non-linear editing approach may be used when all assets are available as files on video servers or hard disks, rather than recordings on reels or tapes. While linear editing is tied to the need to sequentially view the film or hear the tape, non-linear editing enables direct access to any video frame in a digital video clip, without having to play or scrub/shuttle through adjacent footage to reach it, as is necessary with video tape linear editing systems.

When ingesting audio or video feeds, metadata are attached to the clip. Those metadata can be attached automatically (timecode, localization, take a number, name of the clip) or manually (players names, characters, in sports: red card, the goal...). It is then possible to access any frame by entering directly the timecode or the descriptive metadata. An editor can, for example at the end of the day in the Olympic Games, easily retrieve all the clips related to the players who received a gold medal.

The non-linear editing method is similar in concept to the cut and paste techniques used in IT. However, with the use of non-linear editing systems, the destructive act of cutting of film negatives is eliminated. It can also be viewed as the audio/video equivalent of word processing, which is why it is called desktop video editing in the consumer space.
Broadcast workflows and advantages

Video and audio data are first captured to hard disk-based systems or other digital storage devices. The data are then imported into servers employing any necessary transcoding, digitizing or transfer). Once imported, the source material can be edited on a computer using application software, any of a wide range of video editing software.

Editing software records the editor's decisions in an edit decision list (EDL) that is exportable to other editing tools. Many generations and variations of the original source files can exist without storing many different copies, allowing for very flexible editing. It also makes it easy to change cuts and undo previous decisions simply by editing the edit decision list (without having to have the actual film data duplicated). Generation loss is also controlled, due to not having to repeatedly re-encode the data when different effects are applied.

Compared to the linear method of tape-to-tape editing, non-linear editing offers the flexibility of film editing, with random access and easy project organization. In non-linear editing, the original source files are not lost or modified during editing. This is one of the biggest advantages of non-linear editing compared to linear editing. With the edit decision lists, the editor can work on low-resolution copies of the video. This makes it possible to edit both standard-definition broadcast quality and high definition broadcast quality very quickly on desktop computers that may not have the power to process huge full-quality high-resolution data in real-time.

The costs of editing systems have dropped such that non-linear editing tools are now within the reach of home users. Some editing software can now be accessed free as web applications; some, like Cinelerra (focused on the professional market) and Blender, can be downloaded as free software; and some, like Microsoft's Windows Movie Maker or Apple Inc.'s iMovie, come included with the appropriate operating system.
Accessing the material

The non-linear editing retrieves video media for editing. Because these media exist on the video server or other mass storage that stores the video feeds in a given codec, the editing system can use several methods to access the material:

The video server transfers feeds to and from shared storage that is accessible by all editors. Media in the appropriate codec on the server need only transferred. If recorded with a different codec, media must be transcoded during transfer. In some cases (depending on material), files on shared storage can be edited even before the transfer is finished.

The editor downloads the material and edits it locally. This method can be used with previous methods.

As of 2011 reports indicate, "Avid's Media Composer is still the most-used NLE on prime-time TV productions, being employed on up to 90 percent of evening broadcast shows." And "Apple's Final Cut Pro 7 software is being used by 54.6 percent of the professional editing community." Globally, Avid Media Composer was once more used by broadcasters, and Final Cut Pro more by domestic users. This positioning has changed, and many more editing platforms now exist.

Some notable NLEs are:

Additional software is often used alongside NLEs, in many cases for special effects, such as Adobe After Effects when using Premiere Pro, and Motion when using Final Cut Pro. All pieces of software are often from the same company, usually allowing for easy transfer of projects from one piece of software to another.

Early consumer applications using a multimedia computer for non-linear editing of video may have a video capture card to capture analog video or a FireWire connection to capture digital video from a DV camera, with its video editing software. Various editing tasks could then be performed on the imported video before export to another medium, or MPEG encoded for transfer to a DVD.

Modern web-based editing systems can take video directly from a camera phone over a GPRS or 3G mobile connection, and editing can take place through a web browser interface, so, strictly speaking, a computer for video editing does not require any installed hardware or software beyond a web browser and an internet connection. 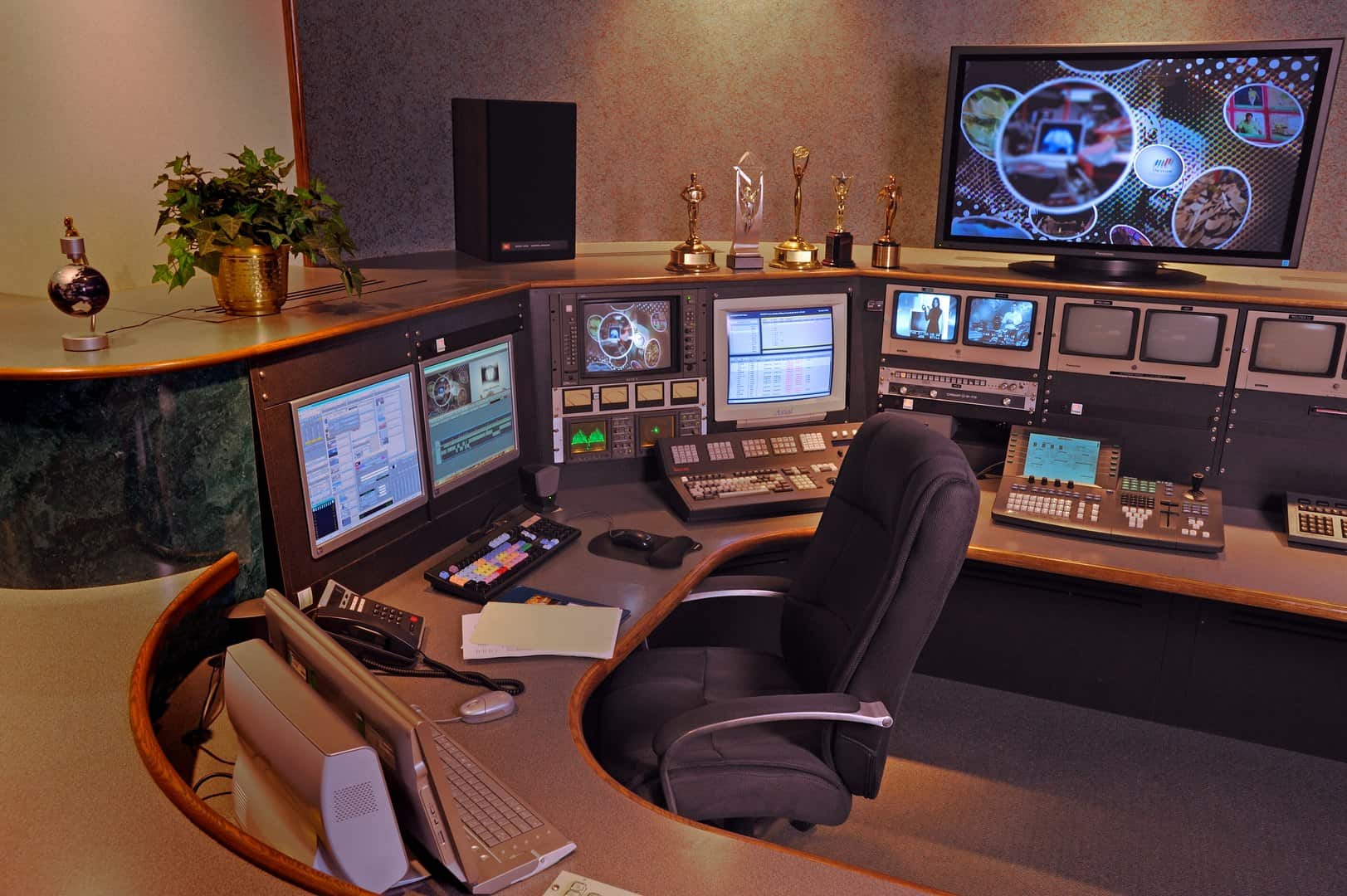