The analog television color system that was used in North America from 1954 and until digital conversion, was used in most of the Americas. Set to 525 lines per frame, 29.97 frames per second.

NTSC, named after the National Television System Committee, is the analog television color system that was used in North America from 1954 and until digital conversion, was used in most of the Americas (except Brazil, Argentina, Paraguay, Uruguay, and French Guiana); Myanmar; South Korea; Taiwan; Philippines; Japan; and some Pacific island nations and territories (see map).

The first NTSC standard was developed in 1941 and had no provision for color. In 1953 a second NTSC standard was adopted, which allowed for color television broadcasting which was compatible with the existing stock of black-and-white receivers. NTSC was the first widely adopted broadcast color system and remained dominant until the 2000s, when it started to be replaced with different digital standards such as ATSC and others.

Most countries using the NTSC standard, as well as those using other analog television standards, have switched to, or are in process of switching to newer digital television standards, there being at least four different standards in use around the world. North America, parts of Central America, and South Korea are adopting or have adopted the ATSC standards, while other countries (such as Japan) are adopting or have adopted other standards instead of ATSC. After nearly 70 years, the majority of over-the-air NTSC transmissions in the United States ceased on January 1, 2010, and by August 31, 2011 in Canada and most other NTSC markets. The majority of NTSC transmissions ended in Japan on July 24, 2011, with the Japanese prefectures of Iwate, Miyagi, and Fukushima ending the next year. After a pilot program in 2013, most full-power analog stations in Mexico left the air on ten dates in 2015, with some 500 low-power and repeater stations allowed to remain in analog until the end of 2016. Digital broadcasting allows higher-resolution television, but digital standard definition television continues to use the frame rate and number of lines of resolution established by the analog NTSC standard. 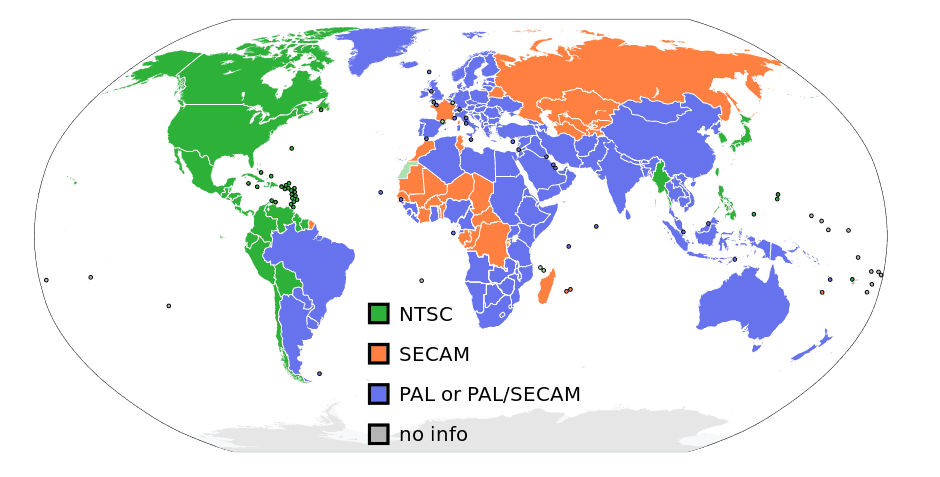