A printer in which an image of the original is transferred to raw film stock by means of light and a lens system. 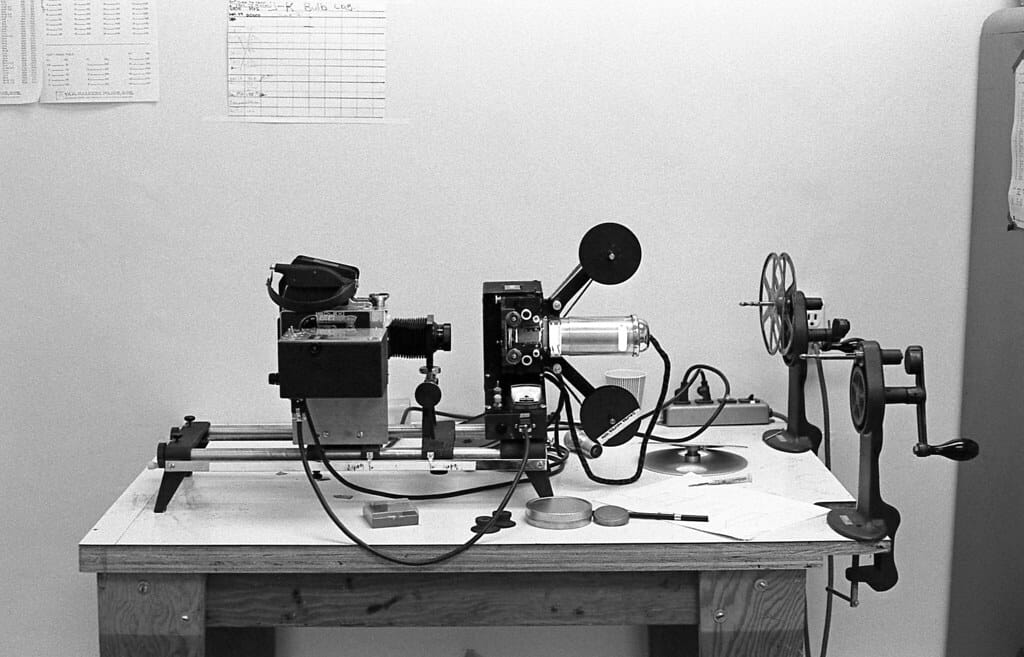 Optical printer
see also
source
Adapted from content published on wikipedia.org
Last modified on July 2, 2019, 1:18 am
previous
next
Videocide.com is a service provided by Codecide, a company located in Chicago, IL USA.