A unit used to connect and route signals to and from different, external devices.

A patch panel, patch bay, patch field or jack field is a device or unit featuring a number of jacks, usually of the same or similar type, for the use of connecting and routing circuits for monitoring, interconnecting, and testing circuits in a convenient, flexible manner. Patch panels are commonly used in computer networking, recording studios, radio and television.

The term "patch" came from early use in telephony and radio studios, where extra equipment kept on standby could be temporarily substituted for failed devices. This reconnection was done via patch cords and patch panels, like the jack fields of cord-type telephone switchboards.

In recording studios, television and radio broadcast studios, and concert sound reinforcement systems, patchbays are widely used to facilitate the connection of different devices, such as microphones, electric or electronic instruments, effects (e.g. compression, reverb, etc.), recording gear, amplifiers, or broadcasting equipment. Patchbays make it easier to connect different devices in different orders for different projects, because all of the changes can be made at the patchbay. Additionally, patchbays make it easier to troubleshoot problems such as ground loops; even small home studios and amateur project studios often use patchbays, because it groups all of the input jacks into one location. This means that devices mounted in racks or keyboard instruments can be connected without having to hunt around behind the rack or instrument with a flashlight for the right jack. Using a patchbay also saves wear and tear on the input jacks of studio gear and instruments, because all of the connections are made with the patchbay.

Patch panels are being used more prevalently in domestic installations, owing to the popularity of "Structured Wiring" installs. They are also found in home cinema installations more and more. 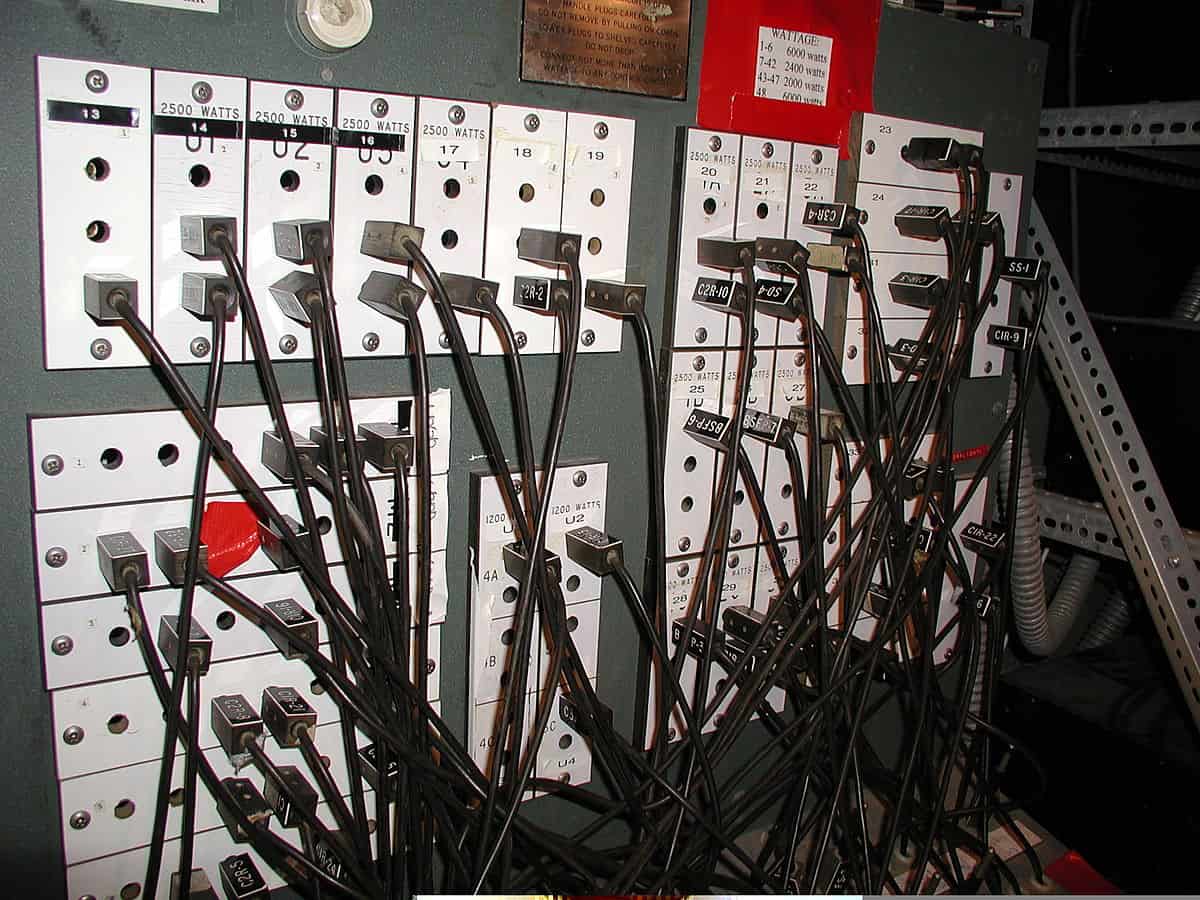 glossary_ P - 400
see also
source
Adapted from content published on wikipedia.org
Last modified on May 19, 2019, 11:08 pm
previous
next
Videocide.com is a service provided by Codecide, a company located in Chicago, IL USA.