The technique of creating animation in a 'live' environment using the confluence of the frame rate of a live-action camera and the revolutions of a constantly rotating disc.

The Phonotrope is the term coined by animation director Jim Le Fevre to describe the technique of creating animation in a 'live' environment using the confluence of the frame rate of a live-action camera and the revolutions of a constantly rotating disc, predominantly (but not exclusively) using a record player.

It is a contemporary reworking of the zoetrope, one of several pre-film animation devices that produce the illusion of motion by displaying a sequence of drawings or photographs showing progressive phases of that motion.

The crucial difference between the technique that the Phonotrope uses and the one a zoetrope uses is that the Phonotrope is specifically an in-camera technique using the frame-rate of a live-action camera set to high shutter speed in confluence with a constantly rotating disc to create the illusion of movement. In a zoetrope, it is the vertical slits around the drum or the flashes of a stroboscope that create the 'interruptions' needed to create the illusion of movement. As such the Phonotrope can only be seen through either the camera's viewfinder, a connected monitor, or projector or viewed as footage after the event.

From its inception the most commonly used methods of rotating the disc have been using a record-player however Le Fevre has used a pottery wheel to spin a glazed pot to create an animation as well as using a bespoke motor to animate hundreds of cut-out card images on a two-meter-high (6.6 ft) wooden tiered structure for the title sequence for the BBC television comedy film Holy Flying Circus. 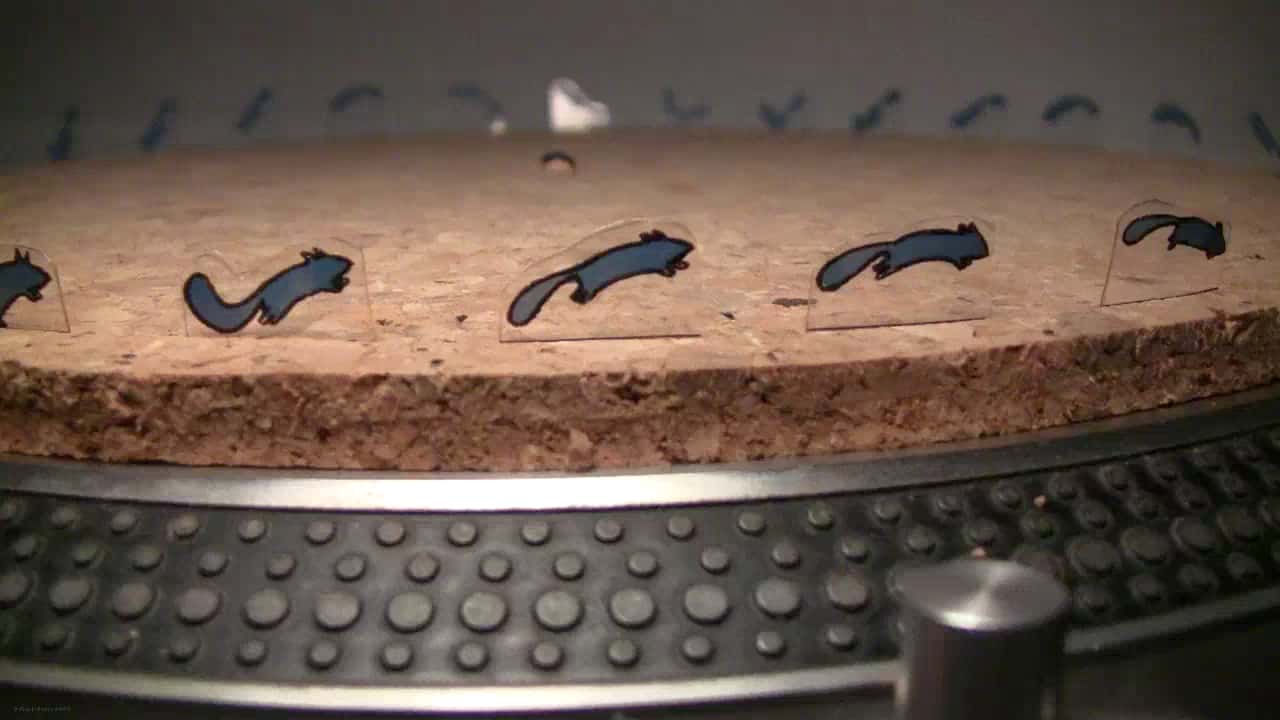 Phonotrope
see also
source
Adapted from content published on wikipedia.org
credit
Last modified on August 12, 2020, 2:03 am
previous
next
Videocide.com is a service provided by Codecide, a company located in Chicago, IL USA.