A digital special effect in which one video image is inserted within another allowing several images to share a single screen.

Picture-in-picture (PiP) is a feature of some television receivers and similar devices. One program (channel) is displayed on the full TV screen at the same time as one or more other programs are displayed in inset windows. Sound is usually from the main program only.

Picture-in-picture requires two independent Tuners or signal sources to supply the large and the small picture. Two-tuner PiP TVs have a second tuner built-in, but a single-tuner PiP TV requires an external signal source, which may be an external tuner, videocassette recorder, DVD player, or a cable box. Picture-in-picture is often used to watch one program while waiting for another to start, or advertisements to finish.

Adding a picture into an existing picture was done long before affordable PiP was available on consumer products. The first PiP was seen on the televised coverage of the 1976 Summer Olympics where a Quantel digital Framestore device was used to insert a close-up picture of the Olympic flame during the opening ceremony. In 1980, NEC introduced its "Popvision" television (CV-20T74P) in Japan with a rudimentary picture-aside-picture feature: a separate 6" (15 cm) CRT and tuner complemented the set's main 20" (50 cm) screen. It was pricey: its ¥298,000 MSRP was equal to about $1,200 (at $1 = ¥250 ), and $1,200 in 1980 had the approximate buying power of $3,000 in 2007 .

An early consumer implementation of picture-in-picture was the Multivision set-top box; it was not a commercial success. Later PiP became available as a feature of advanced television receivers.

The first widespread consumer implementation of picture-in-picture was produced by Philips in 1983 in their high-end television sets. A separate video or RF input was available on the back of the set and displayed in black and white in one of the four corners of the screen. Televisions at the time were still analog format, and earlier versions of the PiP implemented in analog were too costly. New digital technology allowed the second video signal to be digitized and saved in a digital memory chip then replayed in a mini version. While the new technology was not good enough for color or full-screen viewing, it did provide a low-cost PiP feature.

The Blu-ray Disc and HD DVD specifications included picture in picture, allowing viewers to see, say, the director's comment on a film they are watching. All of the Blu-ray Disc titles in 2006 and 2007 that had a PiP track used two separate HD encodings, with one of the HD encodings including a hard-coded PiP track. Starting in 2008 Blu-ray Disc titles started being released that use one HD and one SD video track which can be combined together with a Bonus View or BD-Live player. This method uses less disc space allowing for PiP to be more easily added to a title. Several studios have released Bonus View PiP Blu-ray Disc titles in 2008 such as Aliens vs. Predator: Requiem, Resident Evil: Extinction, V for Vendetta, and War.

Some streaming video websites may minimize a video stream in a similar manner when browsing outside of the playback page. Some web browsers (including Google Chrome and Firefox) provide APIs or similar functions that allow a playing video to be opened in a pop-up overlay atop other applications.
Picture and text

A somewhat similar function is called "picture and text" (PAT). With it, the screen is divided in two, one for the TV program and one for a Teletext page (if available). 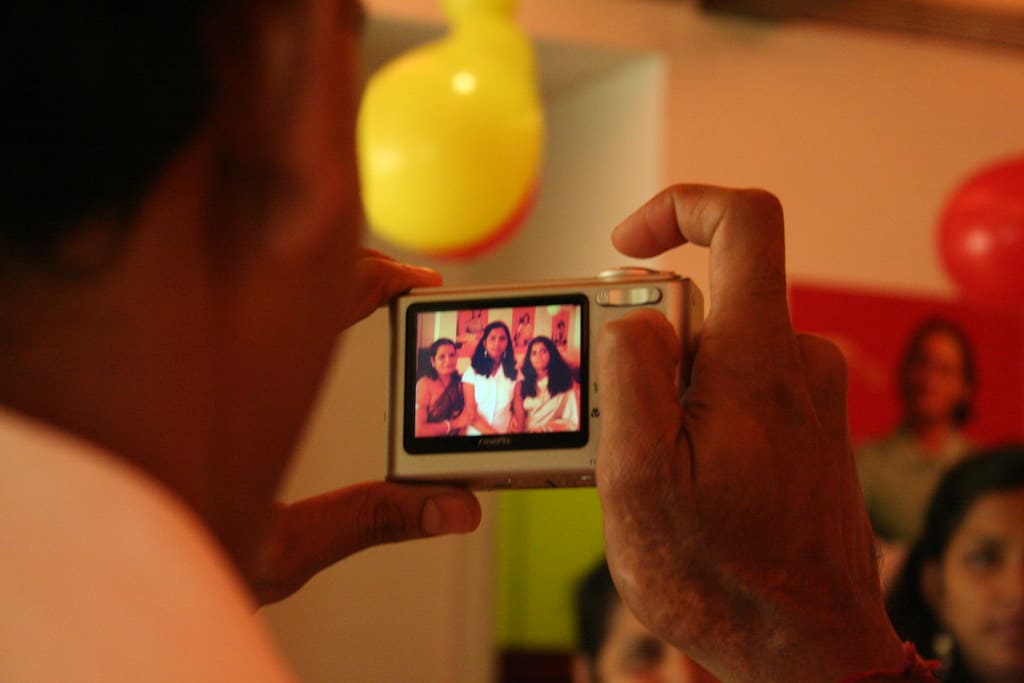 Picture In Picture
acronymn
see also
source
Adapted from content published on wikipedia.org
Last modified on August 24, 2019, 2:10 am
previous
next
Videocide.com is a service provided by Codecide, a company located in Chicago, IL USA.