A lens with a fixed focal length.

In film and photography, a prime lens is a fixed focal length photographic lens (as opposed to a zoom lens), typically with a maximum aperture from f2.8 to f1.2. The term can also mean the primary lens in a combination lens system. Confusion between these two meanings can occur if context doesn't make the interpretation clear. People sometimes use alternate terms—primary focal length, fixed focal length, or FFL to avoid ambiguity.

As alternative to zoom lens

The term prime has come to mean the opposite of zoom—a fixed-focal-length, or unifocal lens.

While a prime lens of a given focal length is less versatile than a zoom lens, it is often of superior optical quality, wider maximum aperture, lighter weight, and smaller size. These advantages stem from having fewer moving parts, optical elements optimized for one particular focal length, and a less complicated lens formula that creates fewer optical aberration issues. Larger maximum aperture (smaller f-number) facilitates photography in lower light, and a shallower depth of field.

A normal lens or "normal prime" is a lens with a focal length about equal to the diagonal size of the film or sensor format, or that reproduces perspective that generally looks "natural" to a human observer under normal viewing conditions.
Traditional meaning as primary lens

An alternative and older meaning of prime lens is the main lens in a combination lens system. When the camera lens is used with some other optical device, such as a close-up lens, teleconverter, or teleside converter, the camera lens itself is properly called the prime lens. Prime is here used in the sense of primary, chief, original, first in order, etc.

Lens manufacturers such as ARRI Media, ISCO Precision Optics, Schneider, Carl Zeiss AG, Canon and others still make variable focal length cine and video lenses regularly catalogued as variable prime lenses. A variable prime is sometimes distinguished from a "true zoom" in that the latter maintains focus as the focal length is varied.

This use of the term "prime lens" is an example of a retronym. Early in photography only primary camera lenses were available, and were merely called "lenses" or "objectives". Later, "auxiliary" lenses were available, which usually fit in front of the front element of the primary, or "prime" lens.
Popular focal lengths
The Canon EF 50mm f/1.8 II.

For 35mm film and full frame digital cameras (in which the image area is 36 by 24 millimeters) prime lenses can be categorized by focal length as follows: 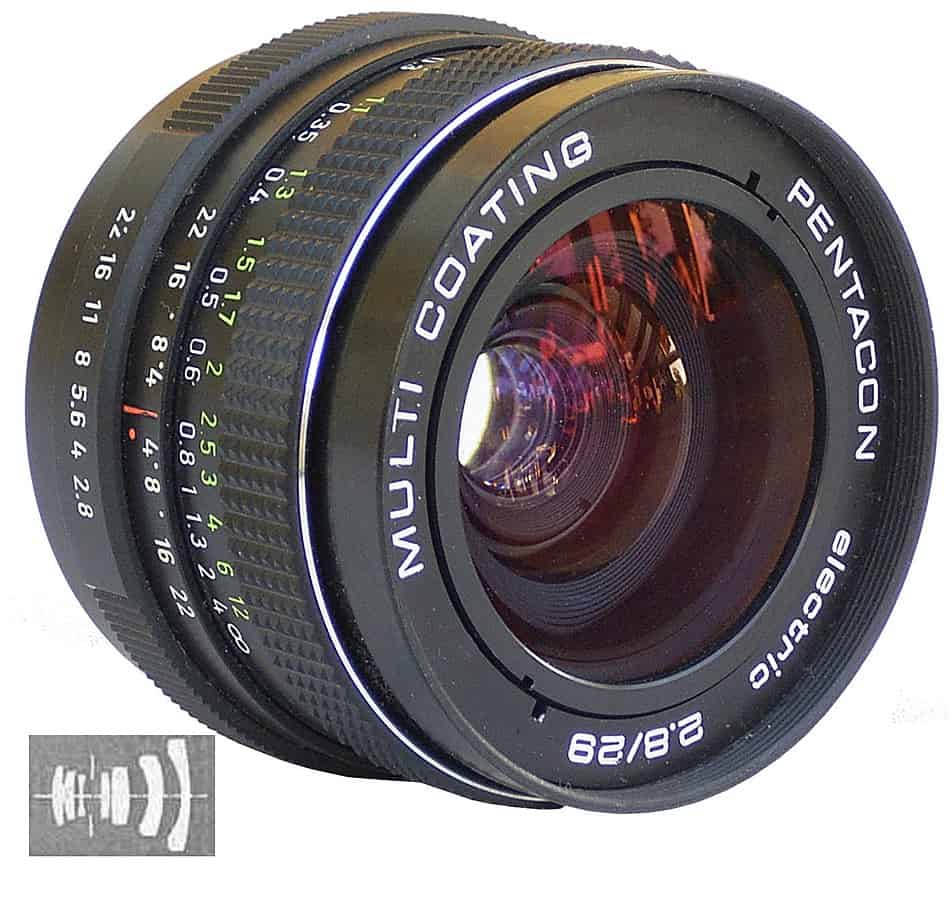 Prime lens
also known as
see also
source
Adapted from content published on wikipedia.org
Last modified on May 31, 2019, 1:59 pm
previous
next
Videocide.com is a service provided by Codecide, a company located in Chicago, IL USA.