A person who operates a movie projector.

A projectionist is a person who operates a movie projector. In the strict sense of the term, this means any film projector and therefore could include someone who operates the projector in a show. In common usage, the term is generally understood to describe a paid employee of a movie theater. They are also known as "operators".

A projectionist in a modern theater in North America or Europe will typically carry out some or all of the following duties. 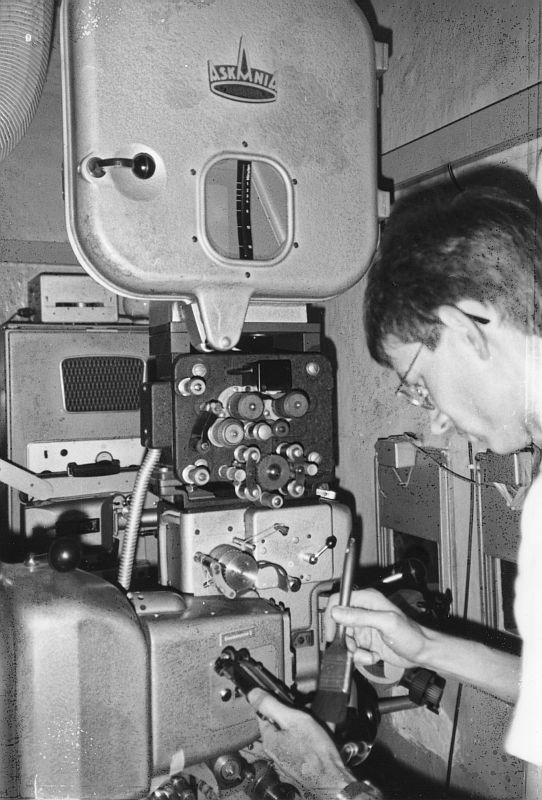 Projectionist
see also
source
Adapted from content published on wikipedia.org
credit
Last modified on April 6, 2020, 9:28 am
previous
next
Videocide.com is a service provided by Codecide, a company located in Chicago, IL USA.