Objects used either in decorating a set or by talent.

A prop, formally known as (theatrical) property, is an object used on stage or screen by actors during a performance or screen production. In practical terms, a prop is considered to be anything movable or portable on a stage or a set, distinct from the actors, scenery, costumes, and electrical equipment. Consumable food items appearing in the production are also considered props.

The term has readily transferred to television, motion picture and video game production, where they are commonly referred to by the phrase movie prop, film prop or simply prop. In recent years, the increasing popularity of movie memorabilia (a broader term that also includes costumes) has added new meaning to the term "prop", broadening its existence to include a valuable after-life as a prized collector's item. Typically not available until after a film's premiere, movie props appearing on-screen are called "screen-used" and can fetch thousands of dollars in online auctions and charity benefits.

Many props are ordinary objects. However, a prop must "read well" from the house or on-screen, meaning it must look real to the audience. Many real objects are poorly adapted to the task of looking like themselves to an audience, due to their size, durability, or color under bright lights, so some props are specially designed to look more like the actual item than the real object would look. In some cases, a prop is designed to behave differently from how the real object would, often for the sake of safety.

A prop weapon, such as a gun or sword, looks functional but lacks the intentional harmfulness of the corresponding real weapon. In the theater, prop weapons are almost always either non-operable replicas or have safety features to ensure they are not dangerous. Guns fire caps or noisy blanks, swords are dulled, and knives are often made of plastic or rubber. In film production, fully functional weapons are mostly used, but typically only with special smoke blanks with blank adapted guns instead of real bullets. Real cartridges with bullets removed are still dangerously charged which has caused several tragic instances when used on stage or film. The safety and proper handling of real weapons used as movie props is the premiere responsibility of the prop master. ATF and other law enforcement agencies may monitor the use of real guns for film and television, but this is generally not necessary with stage props as these guns are permanently "plugged".

Breakaway objects, or stunt props, such as balsa-wood furniture, or sugar glass (mock-glassware made of crystallized sugar) whose breakage and debris look real but rarely cause injury due to their lightweight and weak structure. Even for such seemingly safe props, very often a stunt double will replace the main actor for shots involving use of breakaway props. Rubber bladed-weapons and guns are examples of props used by stuntmen to minimize injury, or by actors where the action requires a prop which minimizes injury.

"Hero" props are the more detailed pieces intended for close inspection by the camera or audience. The hero prop may have legible writing, lights, moving parts, or other attributes or functions missing from a standard prop; a hero prop phaser from the Star Trek franchise, for example, might include a depressible trigger and a light-up muzzle and display panel (all of which would make the hero prop more expensive and less durable). The term is also used on occasion for any of the items that the main character would carry in film and television (which are often hero props in the first sense as well). The term may sometimes be used in a stage production, as many props from the film find their way into the theatre from the common rental and purchase shops. 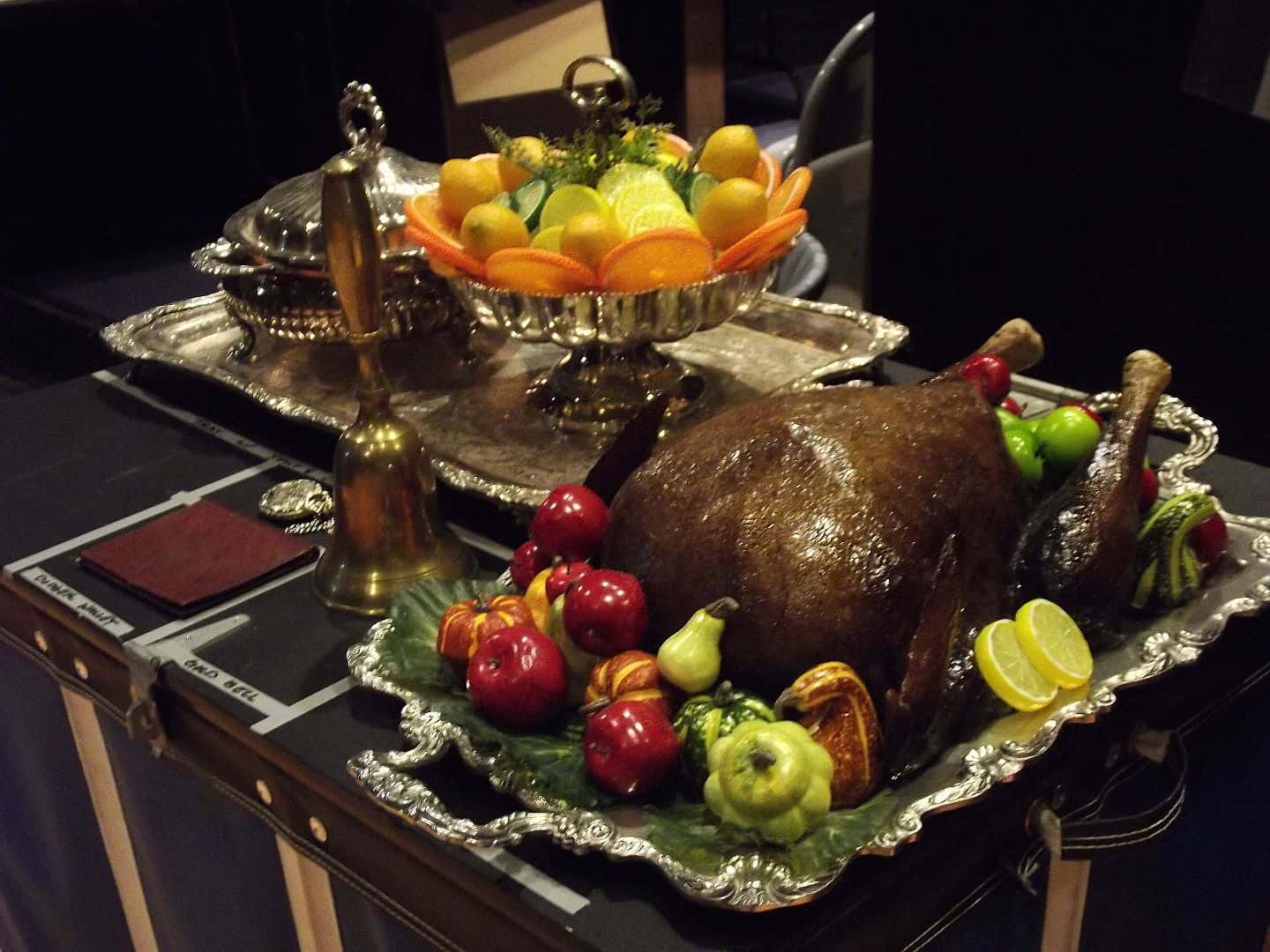