A person who consumes and produces a product.

A prosumer is a person who consumes and produces a product. The term is derived from prosumption, a dot-com era business term meaning "production by consumers". These terms were coined in 1980 by American futurist Alvin Toffler, and were widely used by many technology writers of the time. The term has since come to refer to a person using commons-based peer production. The technological breakthrough has fastened the development of prosumption. With the help of additive manufacturing techniques, for example, co-creation takes place at different production stages: design, manufacturing, and distribution stages. It also takes place between individual customers, leading to co-design communities. Similarly, mass customization is often associated with the production of tailored goods or services on a large scale production. This increase in participation has flourished following the increasing popularity of Web 2.0 technologies, such as Instagram, Facebook, Twitter, and Flickr. This rise in user participation blurs the line between production and consumption activities, with the consumer becoming a prosumer.

This blurring of the roles of consumers and producers has its origins in the cooperative self-help movements that sprang up during various economic crises, e.g. the Great Depression of the 1930s.

Marshall McLuhan and Barrington Nevitt suggested in their 1972 book Take Today, (p. 4) that with electric technology, the consumer would become a producer. In the 1980 book, The Third Wave, futurologist Alvin Toffler coined the term "prosumer" when he predicted that the role of producers and consumers would begin to blur and merge (even though he described it in his book Future Shock from 1970). Toffler envisioned a highly saturated marketplace as mass production of standardized products began to satisfy basic consumer demands. To continue growing profit, businesses would initiate a process of mass customization, which is the mass production of highly customized products.

However, to reach a high degree of customization, consumers would have to take part in the production process especially in specifying design requirements. In a sense, this is merely an extension or broadening of the kind of relationship that many affluent clients have had with professionals like architects for many decades. However, in many cases architectural clients are not the only or even primary end-consumers, a distinction touched upon in the H+ Magazine essay 'Prosumption Architecture: The Decentralization of Architectural Agency as an Economic Imperative'.

Toffler has extended these and many other ideas well into the 21st-century. Along with more recently published works such as Revolutionary Wealth (2006), one can recognize and assess both the concept and fact of the prosumer as it is seen and felt on a worldwide scale. That these concepts are having a global impact and reach, however, can be measured in part by noting in particular, Toffler's popularity in China. Discussing some of these issues with Newt Gingrich on C-SPAN's After Words program in June 2006, Toffler mentioned that The Third Wave is the second-ranked bestseller of all time in China, just behind a work by Mao Zedong.

Don Tapscott reintroduced the concept in his 1995 book The Digital Economy., and his 2006 book Wikinomics: How Mass Collaboration Changes Everything with Anthony D. Williams. George Ritzer and Nathan Jurgenson, in a widely cited article, claimed that prosumption had become a salient characteristic of Web 2.0. Prosumers create value for companies without receiving wages.

Mass customization has not taken place in most areas of the economy. Mass customization has ruled the food and beverage industry for years, as evidenced by the diversity of brand offerings at supermarkets and fast-food chains. Brand extension and dilution are ways companies have sold more under various names, giving consumers thousands of choices. Most consumption continues to be passive, as critics of television, recorded music, and fast food would argue. Indeed, people are generally uninterested in going to the effort of customizing the myriad products that comprise modern consumer culture. In The Paradox of Choice: Why More is Less, Barry Schwartz argues that diminishing returns from a confusing abundance of consumer choice is producing stress and dissatisfaction.3 Still, one key area of high-customization is taking place: highly involved hobbyists.

In the digital and online world, ”prosumer” is used to describe 21st-century online buyers because not only are they consumers of products, but they are able to produce their own products such as customized handbags, jewelry with initials, jumpers with team logos, etc.

In the field of renewable energy, prosumers are households or organizations which at times produce surplus fuel or energy and feed it into a national (or local) distribution network; whilst at other times (when their fuel or energy requirements outstrip their own production of it) they consume that same fuel or energy from that grid. This is widely done by households by means of PV panels on their roofs generating electricity. Such households may additionally make use of battery storage to increase their share of self-consumed PV electricity, referred to as prosumage in the literature. It is also done by businesses that produce biogas and feed it into a gas network while using gas from the same network at other times or in other places. The European Union’s Nobel Grid project, which is part of their Horizon 2020 research and innovation program, uses the term in this way, for example.

Toffler’s Prosumption was well described and expanded in economic terms by Philip Kotler, who saw Prosumer/Prosumption as a new challenge for marketers. Philip Kotler anticipated that people will also want to play a larger role in designing certain goods and services they consume, furthermore modern computers will permit them to do it. He also described several forces that would lead to more prosumption like activities, and to more sustainable lifestyles, that topic was further developed by Tomasz Szymusiak in 2013 and 2015 in two marketing books.

From a corporate perspective, it can be beneficial for a company to open up its processes to the end-users, integrating them as prosumers. Such motivated enthusiasts can be, for instance, brought into a company's research and development process. This may produce strengthened customer relations and faster feedback cycles. Companies and individuals are increasingly utilizing and involving the end-users to develop final products and services. In some instances, end-users are creating products on their own, without the interference from or assistance of companies, organizations, etc. For example, Lego Mindstorms allows users to download software from Lego's website so that the users can edit and update software as they wish.

In July 2020, an academic description reported on the nature and rise of the "robot prosumer", derived from modern-day technology and related participatory culture, that, in turn, was substantially predicted earlier by science fiction writers. 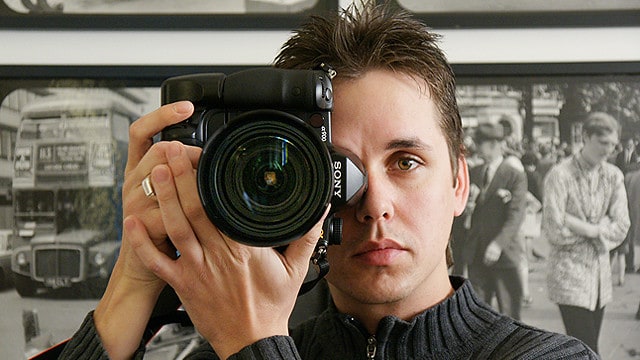 Prosumer
see also
source
Adapted from content published on wikipedia.org
credit
Last modified on August 16, 2020, 12:13 am
previous
next
Videocide.com is a service provided by Codecide, a company located in Chicago, IL USA.