Describes the radio signal band of the electromagnetic spectrum (about 30 MHz to 300 GHz).

A term used to describe the radio signal band of the electromagnetic spectrum (about 30 MHz to 300 GHz). RF connectors, such as those used for the cable TV or antenna inputs on a monitor, carry modulated television signals.

The radio spectrum is the part of the electromagnetic spectrum with frequencies from 30 hertz to 300 GHz. Electromagnetic waves in this frequency range, called radio waves, are widely used in modern technology, particularly in telecommunication. To prevent interference between different users, the generation and transmission of radio waves are strictly regulated by national laws, coordinated by an international body, the International Telecommunication Union (ITU).

Different parts of the radio spectrum are allocated by the ITU for different radio transmission technologies and applications; some 40 radiocommunication services are defined in the ITU's Radio Regulations (RR). In some cases, parts of the radio spectrum are sold or licensed to operators of private radio transmission services (for example, cellular telephone operators or broadcast television stations). Ranges of allocated frequencies are often referred to by their provisioned use (for example, cellular spectrum or television spectrum). Because it is a fixed resource which is in demand by an increasing number of users, the radio spectrum has become increasingly congested in recent decades, and the need to utilize it more effectively is driving modern telecommunications innovations such as trunked radio systems, spread spectrum, ultra-wideband, frequency reuse, dynamic spectrum management, frequency pooling, and cognitive radio. 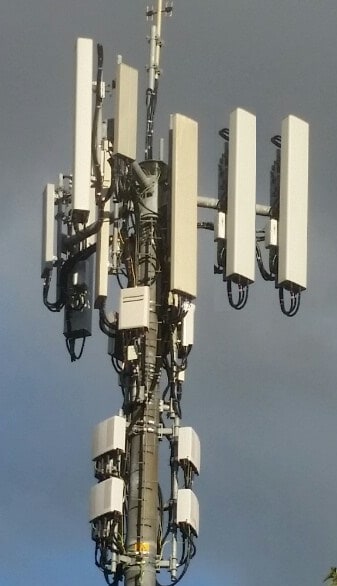